A few weeks ago I took one of the best things in the world. I believe the street phrase for it is a “staycation”. I had discovered that I had some extra vacation time stored up and was able to take a much needed, and much unexpected, little break from the grind. I would like to tell you all that I was super productive during this staycation and tackled a whole bunch of projects, but I promised myself I wouldn’t lie to you people. For one week I was pretty much useless, I think the most I succeed was finishing a book one day, starting a book another day, reading eight comics or so the next, and on and on it goes. While most of you would probably be thinking “wow Kevin you really squandered that vacation time”, I would very much disagree with you. I had been pretty banged up with a “deep sinus infection” (doctor’s words not mine. I would have used the phrase headaches of death), and it took me almost two weeks before I started feeling human again. On top of that I really needed one of those refuel type vacations and that’s exactly what I got. Plus how could this staycation be a waste when I managed to watch twenty episodes of Fargo in less then seven days?

For the purpose of this list I’m going to try my hardest to focus primarily on season two, but because I watched the seasons so closely together the lines are a little blurred here so you might have to bear with me. I had heard really great things about the first season of Fargo, but with a lot of things I was unable to catch it while it was on. It took an Amazon gift card for my birthday and some un-needed waiting before I could sink my teeth into it. Much like The Flash situation, I got the DVD and then waited about two months before I actually sat down and let my eyeholes consume it. This isn’t the first time I’ve done something like this. I have this tendency to get excited about something, purchase, and then wait forever to watch it. It’s almost like I need to own the item in question so I know I can have access to it at all times, then once it’s mine (mine? mine? mine?) I can take my time getting to it. Hey, it’s my cross to bare.

Three days. It took me three days to watch season one of Fargo. There is a good chance it would have taken me a day but I spaced it out so I could enjoy it. I’ll tell you folks it’s very difficult forcing myself to stop doing something I’m thoroughly enjoying, but I also think it builds character. Trying to stay spoiler free, as I will soon be giving the first season to my sister and her husband (I know, I know I keep forgetting), I will say this. Holy. Shit. That. Was. Amazing. Really trying hard here not to undersell it.

Once the first season was done I did the next logical step and immediately started watching season two (also much like The Flash this action saw me turning to my AppleTV as all the episodes were not on demand). This in fact is my one regret in watching Fargo. I wish I had given myself a day, at the very least, to digest and let the first season settle in. Fargo is structured very similarly to American Horror Story, as it’s an anthology show where each season is self contained, a story telling method that I love. While the first season of Fargo took place around 2006, season two jumped all the way back to the 70’s. Of course there’s the shift of the time period to adjust to, ummm what do you mean they don’t have cell phones, but it was the type of story that was being told that took the most adjustment. Yes the cast of characters seemed so much larger, and that’s primarily because it was, but the story had this entirely different feel and atmosphere. Right from the get go I could tell that we were building towards something, it helps that season one alludes to the events of season two, and I couldn’t wait to get there I just needed to shake season ones shadow first.

Now tread lightly folks because there are some spoilers ahead. 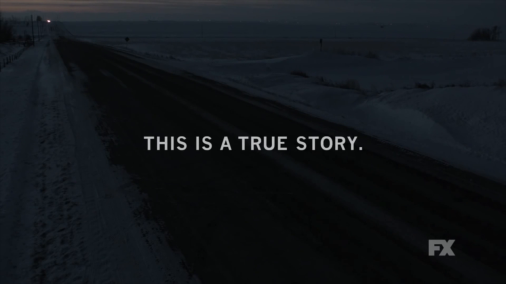 A bit of a math equation for you. If Fargo has masterful story telling, masterful acting, masterful character development, and masterful you name it… does that make it a masterpiece? The answer to this question is yes, yes it does. In the post Breaking Bad era of television I’m happy to say that Fargo is one of the best things to grace our screens since Walt and Jesse first took that RV out into the desert. There were a number of times I caught myself just being in awe of what was happening. From a story telling perspective it’s damn near perfect. The theme of season two is family and the many lengths we will go through to protect them and preserve that bond. Granted some of these characters have a really effed up ways of viewing family values, but at their core they all want to do is what’s right for their own.

This theme really helps to build the tension for the entire season as there’s no way that everyone can get their happy ending. Yes these characters try and try to do what’s best for them, but in the end there has to be clear cut winners and losers, and some decisions are just too damning not to come back and bite you. In Fargo this happens to be a very harsh lesson to learn.

Characters are what drives this show, and much like season one, the second season of Fargo does not disappoint in supplying it’s viewer some fantastic characters. Right off the bat Kirsten Dunst’s Peggy just so happens to be her best performance as an actress. I’ve never been much of a Kirsten Dunst hater, and have no shame in admitting there may or may not have been a crush or two, but it’s without any bias when I say that she knocks this out of the park. So many awards in her future. Peggy is this bizarrely delusional heroine who is all about finding her best self even if that means creating mountains out of mole hills. Peggy has a better grasp and understanding of these fantasy worlds she constructs out of the chaos she brings, and when the time comes to take responsibility for her actions seems lost and confused. But there is never a moment where she’s not enthralling and stealing the screen from her co-stars. The ying to her yang would have to be the always steadfast Lou, played by Patrick Wilson. Lou is a family man through and through but probably has the best understanding on how the world works. He is without a doubt the moral compass to this show, and Wislon is fantastic. More awards please.

The actions on Fargo tend not to be without consequence, and those consequences tend to be rather violent and jaw dropping. Dark humor runs through the veins of this show but when it’s time to pay up that humor seems to go out the door (most times). One of the things I love most about Fargo is that even though the violence is brutal and horrific it’s never out of place or done simply for shock value. These actions are preformed because these characters earned what was coming their way. Just the harsh reality of the world they’ve created.

God, there’s so much more I want to tell you about this show but it’s impossible to do so without ruining it. It’s one of those shows that needs to be experienced, digested, and then watched again. Much like season one there is an event this season that is unexplained, and I love how it exists in this universe. Everything is grounded in reality yet there are these things that happen (arrrggggh can I just tell you?!) that having you going WTF but not because it exists but because it some how makes sense. Unlike the event in season one, season two’s event starts in the first episode and it’s presence is felt all the way till the finale. Trust me there’s a payoff here, and it’s mesmerizing.

Before I first started writing this piece I was worried that maybe I wouldn’t be able to say enough of the right things to really drive home how tremendous Fargo is. As I started writing though I realized I could write so much more about this show. I would love to just take each season, hell each episode, and just dissect everything about them. There are layers and layers to Fargo and I want to peel back them all. So when I think about the staycation of earlier this month it’ll always be remembered as the week I spent in Minnesota, in the snow, experiencing something bigger then just a television show.