I figured with the way this Monday has gone that I would postpone the Week In Geek until tomorrow. It’s been a rough day with Las Vegas and Tom Petty. Let’s all take the night to kind of re-group and we’ll be back here tomorrow with a new Week In Geek. In the meantime here’s a piece I wrote for Fan Fest. Everyone keep their heads up.

I have been one of Stephen King’s Constant Readers since I was in sixth grade and read ‘Salem’s Lot for the first time. A small town taken over by vampires was exactly what this pre-puberty mind needed to shake off a long history of Hardy Boys books. In fact, ‘Salem’s Lot left an impression so large that I spent the majority of that summer heading into middle school writing the sequel, the cleverly titled ‘Salem’s Lot 2. Luckily the Dark Tower series came along giving me some closure on a majority of characters (that would be book five The Wolves of the Calla), but I’d give anything to find that old notebook.

There is very little doubt that 2017 has been the year of Stephen King. It seems that every month this year had something new from Uncle Stevie whether it was a novella taking place in Castle Rock or a television show where creatures come out of the mist. Stephen King has owned a large part of 2017 and this Constant Reader couldn’t be happier. While I may not have been a fan of some of the projects that saw the light of day (please don’t start me on another Dark Tower movie rant, my heart can’t take it) there was enough to make me want to dive back into the books that have helped cultivate and shape my imagination.

Helping to help round off this big year Stephen King celebrated his 70th birthday last week which he followed by dropping Sleeping Beauties, a new novel co-written with his son Owen, on my birthday which I assume was the universe’s way of saying I’m awesome. It was with those two major events that I couldn’t help but think I needed to add to the year of Stephen King.

It’s easy to focus on all the exciting King projects like the It and Gerald’s Game movies, but all these stories started somewhere and I think it would be a great idea to tackle some of King’s lesser known books. For every The Stand or The Shining there are a handful of books that some of you may not know about. Books that may not have big or small screen adaptations but are totally worth your time and adult dollars. So, please allow me to present to you my top five Stephen King back catalog book list.

5. Revival– This was one of those books where I bought it upon its release and next thing I knew I had been reading for five hours and I was already most of the way through the novel. I wouldn’t exactly describe Revival as traditional horror but it definitely fits in the mold of something like Frankenstein. Kings use of language and his gift for storytelling are what drive this book and the story spans our main characters lifetime, from childhood to adulthood, as we grow with him. Revival is a story that is shrouded in religious overtones and ultimately asks the questions of preserving life and of what comes after death. What you find might not be what you’re looking for… 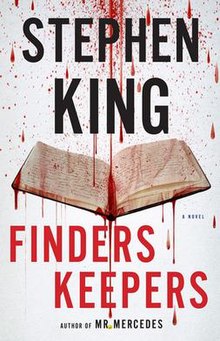 4. Finder’s Keepers– I know this is the second book in the Bill Hodges trilogy but it really could stand on its own if you haven’t read Mr. Mercedes (which you really should). One of my favorite aspects of Stephen King is his ability to tell a coming of age story and Finder’s Keepers captures that feeling. It may not be as extreme as It or The Body but those familiar threads weave their way through the narrative. On the whole Finder’s Keepers is about a love for books but it’s also about excessive fandom and greed and when the wrong things are done for the right reasons. The book flip-flops through time a bit leading up to a conclusion that will leave you screaming at the outcome. The Bill Hodges series is worth your time but Finder’s Keepers is its shining star. 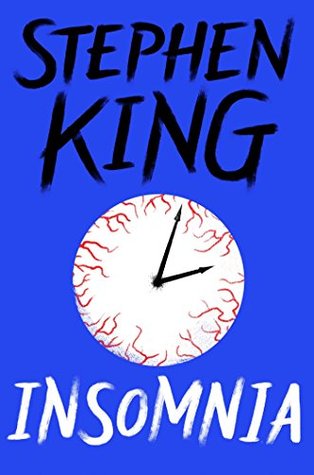 3. Insomnia– If you’re a Dark Tower Junkie like me then you’ve spent a great deal of time reading all of the books that connect to King’s magnum opus. Out of all the connecting novels, some subtle and others more directly, Insomnia might be the most important as the reader learns exactly what the Tower is while being the only non Dark Tower book to actually feature Roland, the gunslinger. Insomnia is also the first time that we meet the Crimson King, a huge Stephen King baddie. Taking place in Derry, nothing bad happens there, an old man starts sleeping less and less while seeing three bald little doctors who are severing peoples auras. Who are these three little doctors and what exactly are they doing? And it’s Derry so you know that something awful is happening within the town as well. An unlikely hero takes charge as Insomnia steamrolls towards its ending. If you’re a Dark Tower nut you owe to yourself to read this.

2. Duma Key- I fell in love with Duma Key hard. I would describe the book as one of King’s paranormal ghost stories but it’s so much more. It’s also a story about love lost, parenting, and rebuilding your life after suffering the most ultimate tragedy. There are parts in the novel that are legitimate scary while other aspects are kind of heartbreaking. Duma Key has some of King’s best character work as everyone seems to jump off the page to the point where you can envision having a conversation with them. What happens when Edgar starts painting things with his missing hand, yes it’s gone, and what could those paintings possibly mean about Duma Key? This is definitely a story that will give you the heebie jibbies.

1. The Long Walk– Out of all of Stephen King’s works, this might be my favorite. In fact, it’s my one of my all-time favorite books to suggest to people. It also might be one of King’s darkest works. The Long Walk tackles deep philosophical themes and is willing to explore the ideas of love, friendship, and family in unlikely doomed situations. One hundred teenage boys start in Maine and begin walking south with no breaks and no time limit for when their walk will end. What happens when someone stops walking will haunt you and the unlikely friendships formed will both open and break your heart. What’s at the finish line? What is the purpose of life? Would you walk? That’s not for me to answer, but you should take the time and find out yourself.

There you have it Geeklings, these are my favorite back catalog Stephen King novels. Did I leave anything off? If you feel I did please sound off in the comments below. If you ever feel the need to talk all things Uncle Stevie then you can find me on Twitter @iamgeek32. Go forth Constant Readers and read until your heart can’t take anymore… then read some more.