Geeklings, how we doing today? Yesterday was a bit much, yeah? I just didn’t really have the heart to come here and break down all the things to be excited about for the week. It just seemed out of place considering all the things that transpired late Sunday night into the rest of Monday. Not saying that the Week In Geek is more relevant today than it was yesterday but I do feel a little more into it if you will.

As far as weeks go though, this one isn’t so terrible for me. For starters, yours truly is on vacation from job number one all week (what what) and I have been using that time to get addicted to Pocket Mortys, a Rick and Morty Pokemon type game, because I miss the show so terribly. I also used a good amount of today catching up on Legends of Tomorrow season two. At this point, I’ve only got three episodes left of season two and then I’m planning on finishing season four of BoJack Horseman.

But enough about my week let’s talk about our week, shall we?

1. New York Comic Con- This could very well be, hands down, my favorite time of the year. New York Comic Con has returned and your geeky overlord will be there both Friday and Saturday (hit me up on the Twitters if you’d like to connect, @iamgeek32). We figure with two full days we should be able to get in all the sights and sounds. I know the Rickmobile will have a presence this year selling Rick and Morty swag, Mark Hamill is the top of my celebrities I want to meet, and panels for Doomsday Clock, The Punisher, and The Walking Dead all have my interest. It should be an incredible two days and be sure to keep an eye on the Facebook page as we might go live once or twice just to touch base with you guys. The only thing I’ve got to do now is figuring out what t-shirts to wear… hmmmm.

2. The Gifted– I’m happy to see that we are living in a world where the X-Men are getting a resurgence. The year started off with Logan, which I now have the overwhelming urge to watch, and moved into Legion, the comics, and now Fox’s new show, The Gifted. The Gifted seems to be more in line with the movie franchise, unlike Legion, and looks to be depicting a time where mutants have gone underground. The X-Men are nowhere to be found and a new group of mutants is being pursued. Unfortunately, I screwed up my DVR last night so I’m going to have to watch on demand, ugh commercials, but I am very much looking forward to mutants returning to the spotlight. Take that Inhumans! 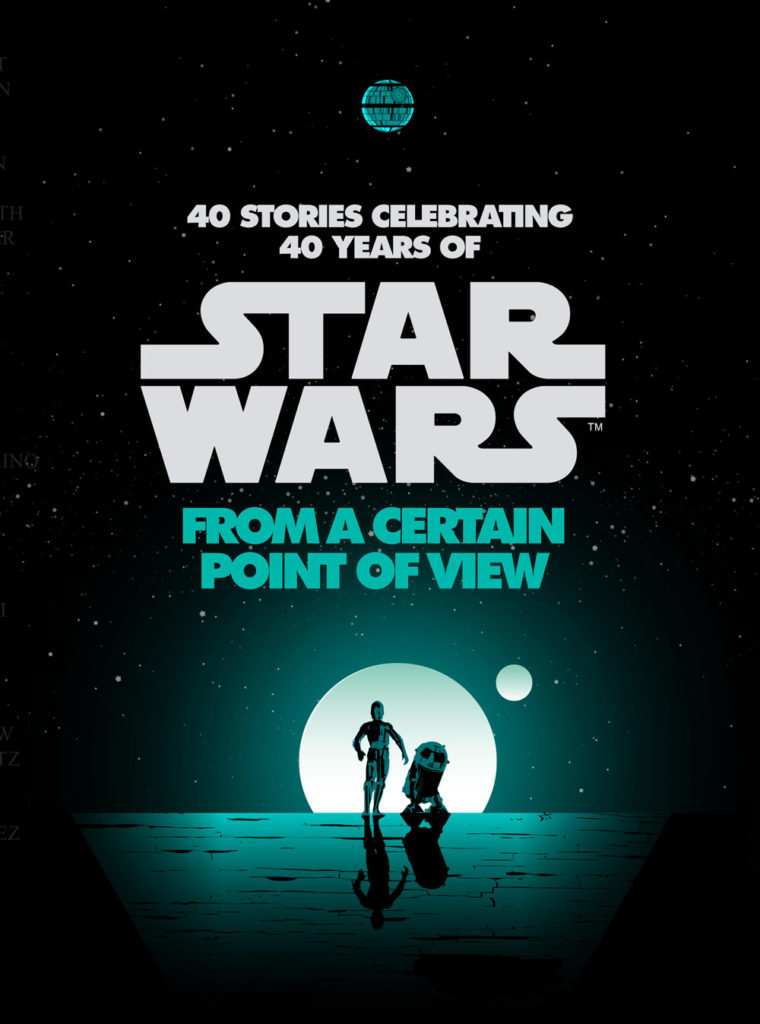 3. Star Wars: From A Certain Point of View novel- A new Star Wars novel was released today and I’m really digging the premise. It’s a collection of short stories all taking place during Episode IV from characters who weren’t in the forefront. Which means there are stories about Yoda (quite the doozie too if the interwebs are to believed), Boba Fett, and other background characters. From what I understand all these stories are canon and I’ll be curious to how they change our perspective of Episode IV. The Yoda one especially has me quite curious but you won’t find spoilers here. If you’re not into actually reading because your eyes are lazy then you can turn to the audiobook which has a ton of guests reading stories like Jon Hamm reading the story told from Boba Fett’s perspective. Yeah, it’s kind of everything I’ve wanted too.

4. Secret Project- I’m working on a secret project that will be coming to the light of day sooner rather than later but I wanted to mysteriously plug it here to get your anticipation up. Be excited Geeklings, it’s going to be awesome!