Geeklings, as you well know, the Week In Geek is typically a Monday column and I had this all set to go yesterday. Then the day took a sour turn with the passing of Stan Lee and there was no way that we could stick to the usual game plan. Which meant pushing off the Week In Geek for a day so I could try and pay homage to one of the greats.

I suspect that we’re not done paying tribute to Stan “The Man”, I’ve got more to say in tomorrow’s Pull List, but for today it’s time to look ahead to the week. There is a ton of awesome stuff coming our way and I Am Geek has got you covered.

1. Toy Story 4– It’s really happening folks, Toy Story 4 is coming our way this summer and I’m not entirely sure my heart can take it. I’m not entirely sure if my heart has fully recovered from Toy Story 3, and before you say something like “Kevin that was years ago”, I want you to stop and think about the scene where Andy looks in the rearview mirror and waves goodbye to his friends. Then I want you to look me in the eye and tell me those wounds aren’t still fresh. I dare you. Come at me. You know where to find me (Twitter @iamgeek32). Outside of the wounds that haven’t healed, I have no idea what to expect from this latest, and possibly last, Toy Story film. It really felt like the story was complete with the last installment, but I’m happy for their return. I was reading that Tom Hanks found the ending to be so emotional that he couldn’t face anyone in the room while he recorded. I’m not ready… but I’m also super ready.

Besides heavy emotion, we know the film will bring back all over our favorite characters, some sort of spork like figure who isn’t a toy, and Key and Peele! Let’s do this Summer 2019!

2. Detective Pikachu trailer- Not to be outdone with adorableness, Warner Bros dropped the first trailer to Detective Pikachu yesterday and it… well, it was everything I didn’t know I wanted. When you hear that Ryan Reynolds will be voicing Pikachu you don’t know what to think, and then you see a trailer where Ryan Reynolds is voicing Pikachu and you watch that trailer like five times. In one day. Because it’s adorable. I know a lot of hardcore Pokemon fans are worried that this isn’t the live action movie they’ve been waiting for, and I understand that, but this seems like something different. Something unique. And something to bring Pokemon to the forefront again. I haven’t hunted a Pokemon since the early stages of Pokemon Go! but this trailer instantly made me want to spark up Pokemon Red and have myself an old-school session. Why can’t this film be something to bring together new and older generations? And did you see that Pysduck?!?! Seriously what more could you want people?! 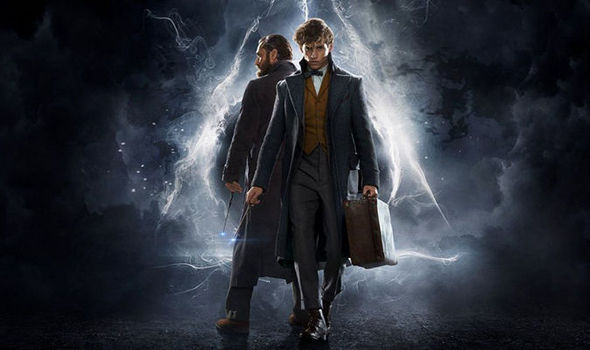 4. Fantastic Beasts: The Crimes of Grindelwald- I hope you guys are ready to get your Harry Potter on! Or get your Harry Potter on with a movie that takes place way before Harry is born but involves events that will directly affect the boy that lived. The Crimes of Grindelwald comes out this Friday and looks to explore the relationship of Dumbledore and Grindelwald a bit more while setting up the first great wizarding war. While I am super unexcited about Johnny Depp in the Grindelwald role, I am very much looking forward to seeing this Fantastic Beasts universe expand a little. I’ll be curious to see if the film dives headfirst into dark wizardry or tries to provide a balance of silly and darkness. Either way, I’m very much looking forward to heading back to the world of Harry Potter.

There you have it Geeklings, all the best stuff to be geeking out about this week. If you feel like I’ve missed anything, by all means, tell me what’s got you geeking out in the comments. There is plenty to get excited about that’s for sure.