Welcome, True Believers and a very Happy New Comic Book Day to you all! It’s been some week for us comic fans, huh? Man, I was not ready for the news on Monday. When I learned about Stan Lee’s passing I had this immense sadness pass through me. It was such a soul kick. Stan Lee. Stan “The Man”. Gone. Just didn’t seem possible. I’ve always thought Stan Lee as kind of immortal and a world without him sounded as silly as a Marvel movie without a Stan Lee cameo. Yet, he was just as human as the rest of us, but so much more.

I wrote a piece on Monday expressing my thoughts on Stan Lee and as the week has gone on those beliefs have blossomed into something kind of profound. Stan Lee helped provide the building blocks to my imagination. He helped provide me with characters who made my childhood and have inspired my adulthood. Stan Lee gave a whole bunch of us outsiders a place to belong. To build a community together, and without even knowing it, I’ve kind of geared the Pull List to be kind of like “Stan’s Soapbox”. A platform to not just talk about comics but to make the whole experience immersive and community-based. To come together and celebrate new reading material every week. That’s something I learned from Stan Lee. That we’re all equal here.

Stan Lee’s passing is sad but his life and legacy deserve to be celebrated for generations to come. With a career that spanned over sixty years, sixty, Stan Lee has touched the lives of so many different generations. He may have been human, but he’ll always be immortal.

Now, what do you say we talk about some comicbooks? It’s Wednesday and if there ever was a better way to celebrate the life and legacy of Stan Lee it would be by talking comics! Thank you, Stan. Thank you for everything! 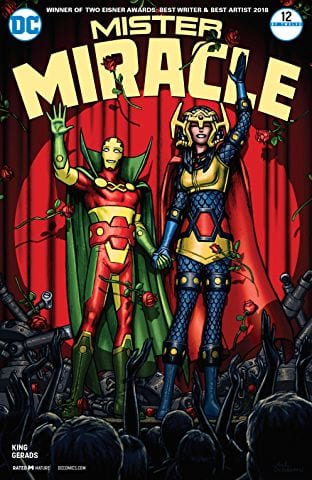 1. Mister Miracle #12- It’s strange, I’ve been both dreading and greatly anticipating this day for some time now. I’m not ready to say goodbye to Mister Miracle but I also needed to know how this series was going to end. I couldn’t fathom the emotional impact it could have. I even asked Tom King how emotionally devastated I would be at the issues conclusion at New York Comic Con, and he responded with “I can’t tell you that, but there will be emotion.” And he was right, Mister Miracle #12 concludes the masterpiece that is Tom King and Mitch Gerads’s Mister Miracle in the heartbreakingly, beautiful way we’ve come to expect with this series. Often times it’s tough to stick the landing but King and Gerads have been so loyal to these characters and the narrative that this final issue plays as a well-earned curtain call for the characters and their creators. I warn you, I was emotional when the book ended but that emotion has only deepened the more I’ve thought about it. There’s not much I can say here because I don’t even want to hint at spoilers, but Mister Miracle deserves to be taught in literature classes. This is comicbooks at their absolute best, and this is a series that deserves to be treasured. I already cannot wait to read it again. 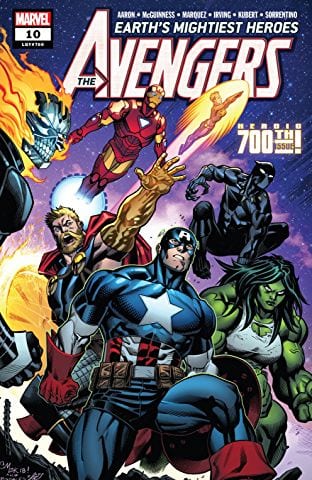 2. The Avengers #10 (or #700)- Holy milestone issue, Batman! 700 issues of The Avengers! Man, that is something special. Earth’s Mightiest Heroes have been saving the world for 700 issues now and we are all thankful for their exploits. Jason Aaron has been providing a steady Avengers series that has really started to hit its stride with this latest story arc concerning Namor and his vendetta against air breathers. Not saying that Namor isn’t warranted in how he feels, but the dude could also benefit from some major anger management training. This new team now looks to prevent a war between those who live below sea level and those who live above it, and if we know anything about Namor it’s once he has his sights set on something, come hell or high water he’s going to get it. 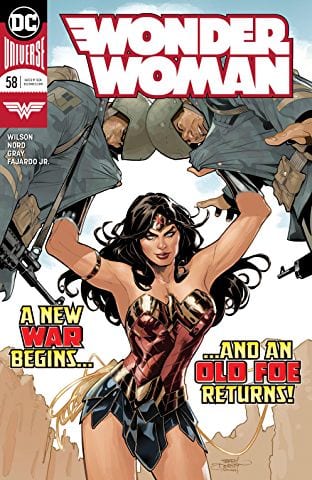 3. Wonder Woman #58- G. Willow Wilson is making her Wonder Woman debut and I am so freakin’ excited for this book! You might recognize Wilson from her kickass run on Ms. Marvel (which also has a new issue out today), and I always find it interesting when writers can write for both the big two companies. Tom Taylor also does this to great success. More importantly, we have a woman writer writing one of the greatest women superheroes of all time (say that three times fast), and that is something to be celebrated. Wilson kicks off her Wonder Woman run with Ares the God of War (sorry Kratos) and Grail imprisoned underneath Themyscira but making plans to change the landscape of the world. Meanwhile, Wonder Woman is bailing out Steve Trevor from a mission that went sideways when things get all times of real. Really looking forward to this one Geeklings! 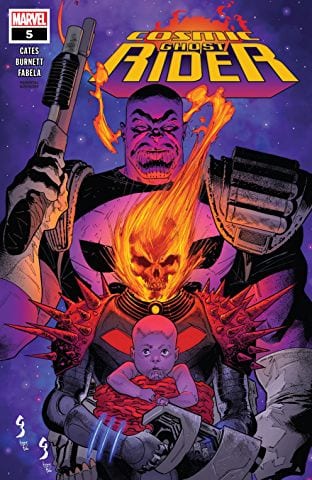 4. Cosmic Ghost Rider #5- Mister Miracle isn’t the only series that’s wrapping up today as Donny Cates’s Cosmic Ghost Rider mini-series also reaches its conclusion with issue five. This book has been an absolute blast and Cosmic Ghost Rider has become an instant classic character. One I’m very much looking forward to seeing again in the pages of Cates’s upcoming Guardians of the Galaxy book. Before we can get to that though we need to wrap up this whole Frank Castle created The Punisher version of Thanos who is bringing about world peace but suppressing those who are weak and useless thing. You know, typical Thanos like stuff but with a skull on his shirt. A fitting conclusion to this story that plays on past, possible future, and the emotions of Frank Castle while leaving the door wide open for future insanity involving the Cosmic Ghost Rider. 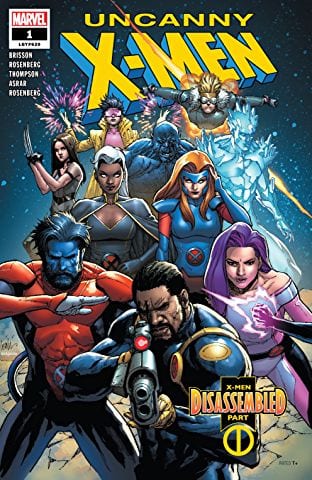 5. Uncanny X-Men #1– Yes, this is another X-Men book but it’s more than that Geeklings. The first X-Men comic I ever read was Uncanny X-Men #236 and ever since then both Rogue, Wolverine, and the rest of the X-Men have held a special place in my heart. Seeing the return of the Uncanny line fills my geeky little heart with so much joy and pleasure. All the best X-Men stories seemed to come out of the Uncanny title (yes I know Astonishing and New X-Men were brilliant too) and with Mattew Rosenberg, Ed Brisson, and Kelly Thompson writing a ten-issue weekly book, we are sure to be in for a treat. The comic world is a better place when there’s an Uncanny X-Men title on the shelves. 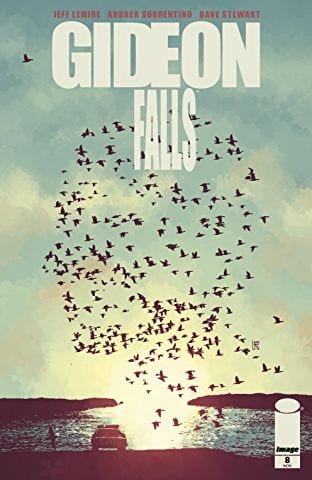 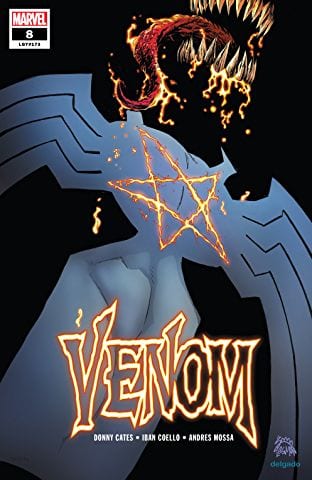 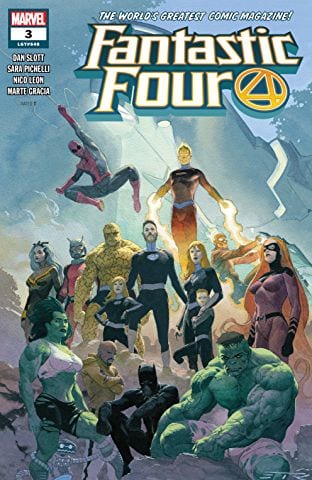 There you have it Geeklings, all the best books to get your mitts on this week! As always if you feel like I’ve left anything off of this week’s Pull List be sure to sound off in the comments. If you’d like to talk more comics or all things Stan Lee with yours truly then you can find me on Twitter @iamgeek32. Until next week True Believers, be sure to read all your books and make time to binge some classic Stan Lee books as well. Celebrate the man that helped bring so much joy to so many. Excelsior, Geeklings!