Geeklings, a very Happy New Comic Book Day to you all! You know, if I was a day of the week I would be Wednesday. I know that most people would say Saturday with the occasional Sunday thrown in but not me. I’m a Wednesday… not the Adams Family character the day. Don’t get me wrong, I love both Saturday and Sunday but neither one of those days comes with new comics and that really hurts their street cred. I want to be where the new comics are (possibly sung in the tone of The Little Mermaid), and if you’re a constant reader of the Pull List then I think you do too!

Enough about me though, how are you my Geeklings? There has been a lot going on lately with Avengers Endgame now less than a month away, Game of Thrones less than a month away, Shazam! a week away, Stranger Things less than one hundred days away… it’s all so overwhelming and exciting. How are you guys managing? Are you trying to quell your excitement by reading new comics? Well if that’s the case then allow me to help you with that because man, do we have some kickass comics for you to be reading this week. All starting with a mega anniversary issue in… 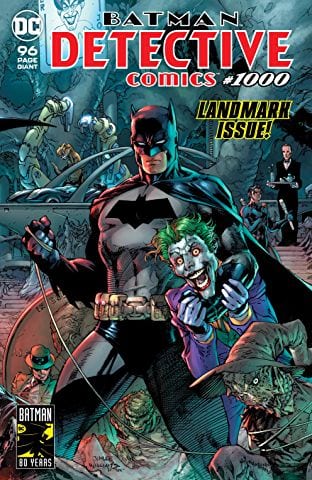 Detective Comics #1000– It’s a good thing that superheroes don’t actually age in real time otherwise Batman would have a real tough time getting around. We’re talking a real-life Dark Knight Returns type levels of older. With that being said though, the Caped Crusader celebrates 80 years of existence today. Let that sink in for a minute. Eighty. Years. Of. Batman. That’s amazing. And what better way to celebrate this momentous occasion than with an over-sized issue jam-packed with some of the greatest Batman writers and artists to bring the Bat to life. We’re talking Tom King, Kevin Smith, Scott Snyder, James Tynion IV, Brian Michael Bendis, Jim Lee, Mikel Janin, Greg Capullo, Kelley Jones, and so many more that listing them would take up the majority of this column. Within these ninety-six pages of content, we’re also getting our first appearance of the Arkham Knight in the DC comic Universe. A character who only existed in the Arkham video game series until now. Let the speculation begin! Detective Comics #1000 is a celebration of the past, present, and future of Batman and a milestone that deserves to be celebrated! 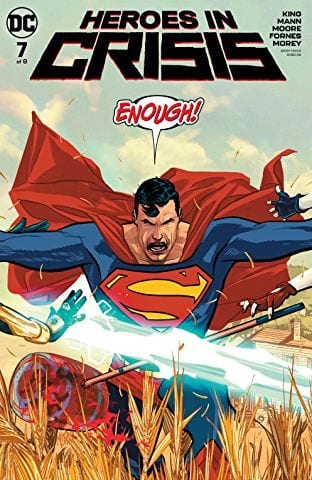 Heroes In Crisis #7– What the…?! I mean…?! But, why?! All of those should be some common reactions coming out of issue seven of Tom King’s Heroes In Crisis. This is a big issue even if we can’t quite piece together why yet, but there is no denying that things are starting to come together. What exactly that means is yet to be seen but I trust King and his ability to tell a story. Something tells me these last two issues are going to be mind-blowing as everything comes crashing together. As for now though, there are still a number of questions to be asked. This issue gives us a Harley/Booster showdown, some great Batman/Flash moments, and a resurrection of sorts to a character who isn’t dead yet at the time of said resurrection…?! See what I mean, there’s a lot to process here. What doesn’t need to be processed is the beauty of Clay Mann’s artwork. It is simply stunning and one of my favorite aspects of this series. That splash page at the start… dear god man. 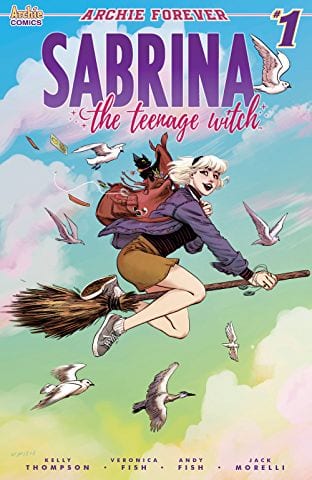 Sabrina the Teenage Witch #1– The Chilling Adventures of Sabrina returns to Netflix next week, but if you can’t wait that long for Sabrina goodness then please turn your attention to this new series at Archie Comics penned by Kelly Thompson with art from Andy and Veronica Fish as well as Jack Morelli. Don’t expect this series to get into the same level of darkness as the tv show, but fall more in line with the more modern Archie books that started with Mark Waid. I for one can’t wait to read this, I adore Kelly Thompson’s work (see Captain Marvel and Jessica Jones) and she has this fantastic ability to mix humor with genuine emotion. Something these modern Archie books have been excelling at. It’s safe to say you’re not going to want to miss this. 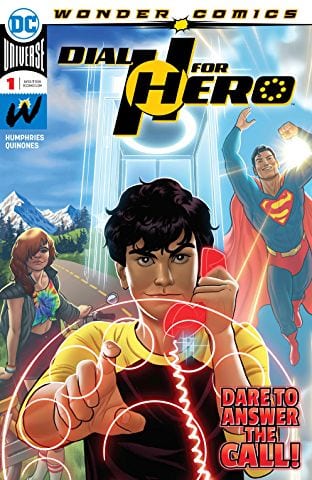 Dial H For Hero– What would you do with a phone that when you dialed H-E-R-O you became a superhero for an hour? I know that I would call every day but this six issue mini-series isn’t about me tragically. Wonder Comics, under the leadership of Brian Michael Bendis, has been taking off with titles like Wonder Twins and Young Justice and I fully expect Dial H For Hero to be just as successful as this title returns to reach a brand new audience. Plus it’s being written by Sam Humphries with Joe Quinones on the pencils almost guaranteeing a splendid time. 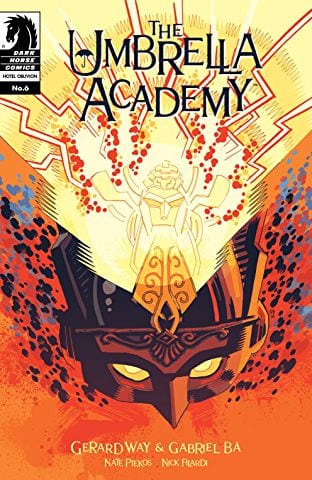 Umbrella Academy: Hotel Oblivion #6- Can’t wait for season two of Umbrella Academy? Then don’t. Go to your local comic book shop and start reading! Just think how better prepared for season two you’ll be. It’ll give you bragging rights over your friends, but you should probably bring them with you to the comic shop. Get everyone reading along with you! Anyway, issue six of the Hotel Oblivion storyline is out today and it’s dealing with some of the story threads explored on the show. Yay the power of comics! 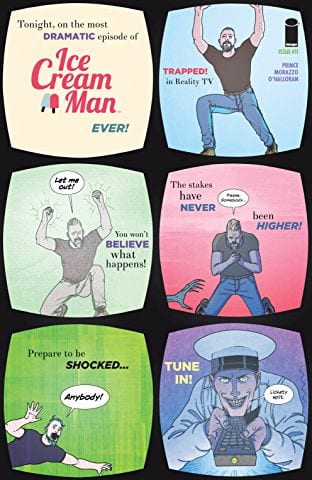 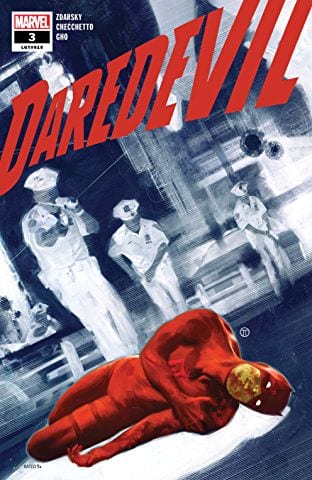 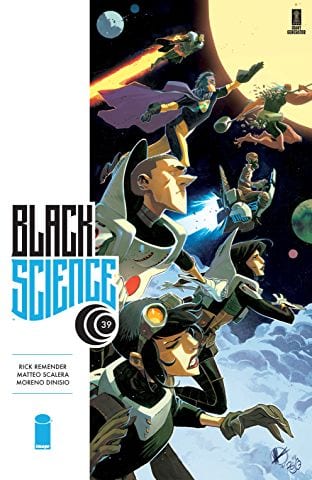 There you have it Geeklings, all the best books to get your mitts on this week. As always, if you feel like I’ve left any books off the Pull List sound off in the comments. If you’d like to talk more comics with yours truly then throw me a line over on Twitter @iamgeek32. Tons of good comic conversations every week. You guys rock! Outside of that, enjoy the rest of your week my friends! Deadly Class wrapped last week with a bonkers season finale so I got to figure out what I’m doing with my Wednesday nights now. I’m open to suggestions. See you all next week, happy reading and many huzzahs!