Geeklings, a Happy New Comic Book Day to you all! How is everyone out there doing? I know things have gotten quite stressful with the coronavirus running Hulkamania style through the U.S. and social media. It seems to be all everyone wants to discuss and is currently changing the way we live our lives right now. Schools are closing and finishing semesters from home. More and more people are working from home. Hand washing is no longer optional. And everyone seems to be in a sort of panic, and I get it. This is very surreal. I was talking to my wife earlier and was telling her that this doesn’t feel like real life but sadly it is. Listen, I’m not a scientist or a doctor, but if I was then I would be sure to let you know about it every twenty seconds, but I do know that this isn’t the superflu from The Stand. Not just because Uncle Stevie Tweeted that it wasn’t but because 99% of the world is still alive. This is certainly something to keep an eye on, like your dog creeping up on the unattended dirty dishes or Kevin Malone around M&Ms, but let’s not fully panic.

Let’s take a minute to breathe through our ventilated masks, or water cooler helmet, and head to our local comic book shops, stock up on comics, and hunker down. If you’re not feeling adventurous then get yourself Comixology and start downloading some comics. There would be nothing worse than the country being quarantined and not having a healthy supply of comics to read. That’s how people get all Jack Nicholson from The Shining. All virus and no comics make Jack a very… you get it. That’s not something we want happening. We just want reading material and maybe snacks. And video games. Oh, and something to binge-watch… we’re not asking for much here.

Seriously though, everyone please be safe. Be mindful. And wash your hands. Then dry them because you don’t want to ruin your comics. And speaking of comics, what do you say we start breaking this week’s Pull List down? Starting with… 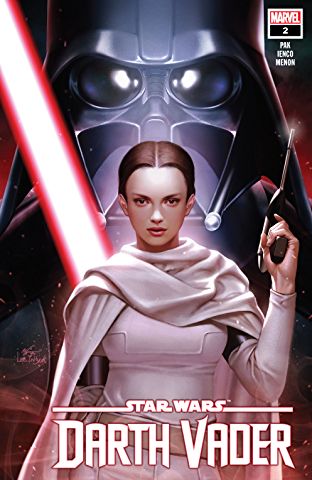 Darth Vader #2- Marvel’s new line of Star Wars comics has shifted to the grey areas between The Empire Strikes Back and Return of the Jedi to fill in some gaps we didn’t know we wanted to be filled. And along comes Greg Pak’s solo Darth Vader series dropping an AT-AT sized bomb at the end of issue one. A bomb that came in the form of a seemingly very much alive Padme Amidala. Yeah, take a moment. Sit down if you need to. Here’s the thing, I’m not buying it and I’m not asking you to buy it either. The visual is shocking enough and intended to get us to come back for issue two. Duh, of course, that’s going to happen. I have a feeling that this is one of Padme’s body doubles but it doesn’t negate what seeing her does to Vader who is going through a lot at the moment. A son who would rather plunge to his death rather than take his father’s hand.  The Millennium Falcon slipped through his grasp again. The constant question of bathroom use. All that aside, Pak has added a book to Marvel’s library of awesome Darth Vader comics that I can’t wait to read more! 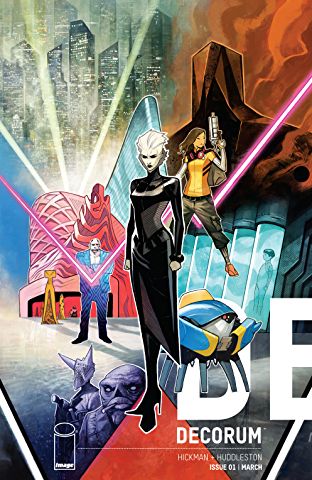 Decorum #1- Fun fact, Jonathan Hickman writes non-X-Men comics too which I can prove with this brand new series he started over at Image.  There isn’t much to go on about this book besides it’s terrifically drawn by Mike Huddleston and has to deal with an assassin… with manners. Outside of that, it’s a Hickman book which means it probably won’t make any sense at first, might give you a headache, will most likely have an “oh crap” moment, and before you know it you’re buying issue two. Hickman is one of the writers you need to get on from the ground floor and a new creator-owned series could make for a nice after-dinner drink to what he’s doing with Marvel’s mutants. 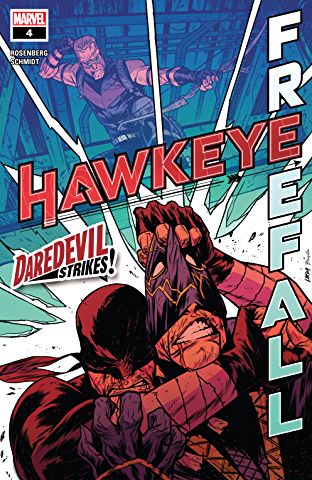 Hawkeye: Freefall #4– It’s official, Clint Barton is hands down one of my favorite comic book characters to read about it. I kind of knew this after Matt Fraction’s run and Matthew Rosenberg has re-enforced this feeling by capturing Fraction’s flair while providing a comic that feels independent of that shadow. This book is charming. It’s funny. It’s got an overflow of Marvel heroes who all make appearances just to take jabs at Hawkeye.  The Hood is the main baddie which fills my heart because for reasons I don’t quite understand, I am a big fan of this character. Otto Schmidt’s art perfectly captures the tone of Rosenberg’s writing. Most of all, this book just warms my heart. I love you Clint Barton, you foolish dope you. Also, this issue has Daredevil. So yeah, read it. 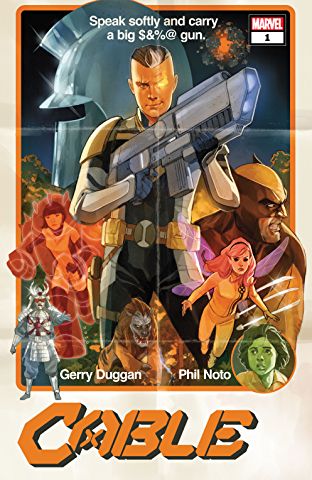 Cable #1- Fun Fact, this is my favorite cover of the week. Phil Noto just kills it and gives all those pulp/grindhouse poster vibes that make me all giddy inside. It’s the perfect way to draw readers into a new Cable ongoing because Cable is back people. And he’s young which means he’s got some time before he’s old and cranky again, yay! Written by Gerry Duggan, who is writing my favorite X-book Marauders (yes I tell you this every time, no I’m not going to stop), this new series looks to tackle a young Cable leading the youth of Krakoa in a possible rebellion. The question though, what are they rebelling against? Duggan has been on fire lately and Cable always brings some form of time travel craziness with him which would really make some of the ideas implemented in HoX/PoX interesting. Like could he find out about Moria? About Destiny? What is a Cable book without time travel? This title certainly has me intrigued.

The Dollhouse Family #5- Dollhouses as a general rule are creepy. I don’t like the vibes they give out and I certainly wouldn’t put any of my action figures in them to live. Unless one of them had a serious thing going with a Barbie or Strawberry Short Cake, in that case, who am I to stand in the way of love? But mostly dollhouses are creepy and they’re even more creepy when written about by Joe Hill and Mike Carey. Anytime a dollhouse can steal a child’s soul it’s never a good thing. Ever. Ever, ever. Just burn it down and move on with your life. Then again, burning it down would make this a super short series. Instead, let this be a lesson to you never to buy a dollhouse. Ever.

There you have it Geeklings, all the best books to get your mitts on this week. We’re kind of DC light this week but I go where the comic gods tell me to go. As always, if you feel like I left anything off this week’s Pull List be sure to sound off in the comments. If you’d like to talk more comics with yours truly don’t be afraid to reach out and throw me a line on Twitter @iamgeek32. Can’t get a virus when Tweeting… at least not this specific virus. Everyone out there be safe and I’ll be sure to see you all here next week. Happy reading and many huzzahs!