Some Spoilers Ahead Yo… 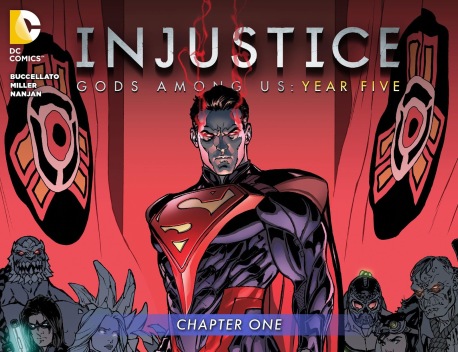 I have never been a huge Superman fan. Honestly I thought he was a bit over rated. It’s way too many powers for one hero to have. Flight, super strength, laser eyes, can’t be physically harmed, blah blah blah. So when Injustice Year One took the boy scout and turned him evil… now there was a Superman I could get on board with. All that power is much better when corrupted, and when it’s used to fight Batman.

Honestly I felt the Injustice series lost a little bit of it’s edge when Tom Taylor left back in the middle of year two. Just wasn’t the same. The focus stopped being about Superman and Batman and turned to all these other elements like magic and gods. At it’s core Injustice has been a story about the conflict between those two and what is perceived to be right and wrong. That’s where the focus needs to be.

Happily it seems that Year Five is bringing us back to what got this train rolling in the first place. The story immediately settles in on Superman and his continued quest to control the world through threats of super strength and Bats being all like “knock it off Clark you’re bugging the world”. The re-introduction of a lot of the DC villains is a solid choice and I’m looking forward to how Doomsday and Bane will play roles here.

Bats is almost reeking of desperation and with this being the final volume it should bring everything to a head. All and all I’m pleased with the start of Year Five, despite the lack of Tom Taylor. Maybe bringing it back to basics is all it will take here. One can hope.