Geeklings! What is going on?! Happy Monday to you all or as happy as Monday’s can possibly be. Not going to lie mine started off a bit rough. I woke up late, didn’t have time to go on my walk, traffic prevented me from getting breakfast, and I mostly just wanted to be home doing nothing. Sometimes the struggle is too real my friends, but fear not. Your hero overcame the grumps and was able to finish the day strong. I don’t want to say I’m a super hero buuuuuut I might be a super hero.

I hope everyone enjoyed their weekend and are ready for the week ahead which I’m sure is going to be a good one. “Kevin, how could you be so sure of that? What makes you so confident about this?” Well I’m glad you asked becasue

1. Civil War II #5– It feels like it’s been quite some time since the last issue of Marvel’s big even has been released, and the fact of the matter is, it has been quite some time since the last issue of Marvel’s big event has been released. Much like last years Secret Wars delays have been waging it’s own war on Civil War II which is causing a whole bunch of potential problems for future story lines. The Marvel Now 2.0 stories were looking to start sometimes in October and it’s becoming very clear that Civil War II won’t be wrapping before then. Will Marvel delay these books or go ahead as planned? If I was to guess based off their behavior last year then expect Marvel Now 2.0 to ship as expected. As for the newest issue of Civil War II… something needs to happen in this series because it’s been mostly flat (and that includes the death of the Hulk). It seems like each issue has sort of been going no where slowly and issue five really needs to progress this story. For example, for an event called Civil War it might be a good idea to actually draw some battle lines and start fighting. Here’s hoping that this weeks sees this book start to turn this ship around. 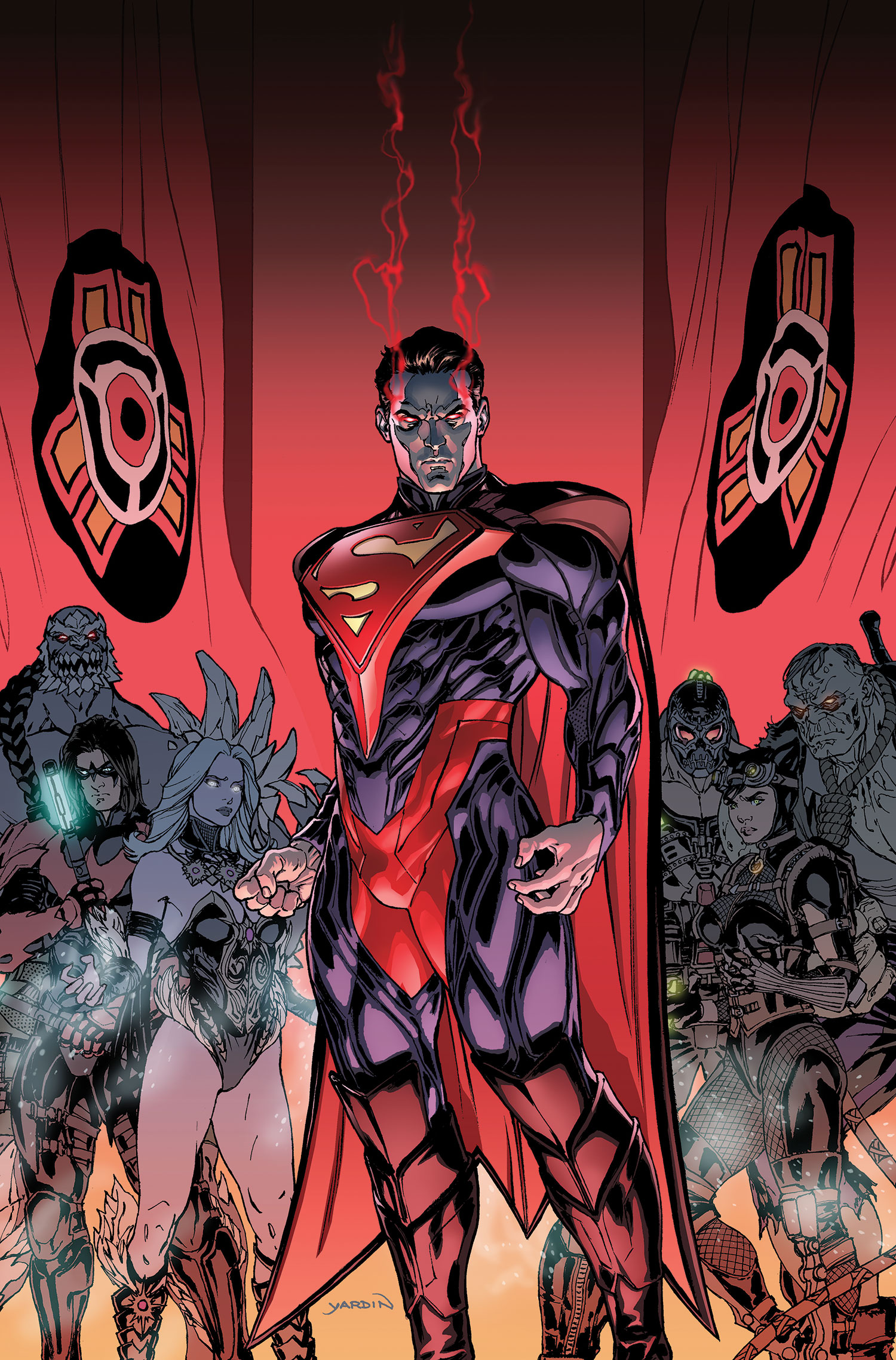 2. Injustice: Gods Among Us Finale– What started off as a prequel to a video game quickly turned into one of my favorite weekly comic books. Injustice not only helped give me a better grasp on the DC universe (something that had really alluded me for quite some time) but also gave an alternate reality that turned Superman into the world’s biggest villain.Over the course of this stories five years we’ve seen Superman kill the Joker, out Bruce Wayne as Batman, beat Oliver Queen to death, and become the dictator of the world. Now while years three and four kind of fell off a bit, this final year of the series has been a return to form and centered the main conflict between Batman and Superman, like it was intended. I’ve been reading this book for so long that I’m going to be kind of lost when I don’t have something to download come Tuesday. Expect this issue to end right as the game begins and maybe even set up some foundation for the sequel series which won’t start until next year.

3. Mr. Robot season 2 finale– I hope you guys have been following my reviews on Fan Fest because I am amped for this finale. This season has been constructed so wonderfully that I really have no idea how it’s going to end. I do expect to get some answers to our burning questions (like what’s Stage Two and who survived the shoot out at Lupe’s) but other then that I wouldn’t be surprised to see the show ignore some of the more lingering questions. It is clear that the show has a narrative to tell and it’s looking to tell this story at it’s own pace which may not make a lot of people happy. Sometimes you have to put that aside for the sake of good television. Mr. Robot is on a different level and I’m going to miss the hell out of it after this finale. Good thing it’s left plenty of things for me to look for when it comes to re-watching.

4. The Emmy Awards– Last night’s Emmy Awards was fantastic in some many different ways. Whether it was the kids from Stranger Things handing out peanut butter and jelly sandwiches or the Bill Cosby joke, the Emmys fired on all cylinders. An awards show that was finished by eleven o’clock and ended by giving awards to Rami Malek (do yourself a favor and check out his speech), Tatiana Maslany, and Game of Thrones which sent this geek to bed super happy. Bravo Emmy!