Man, I have been wanting to write about Westworld for awhile now. But every time I would start a piece about it I would say to myself, “Self, you’re just going to write about this in a couple of weeks again for the Best of 2016 and no one is going to care” so I put it off and off and off until I started this list. Now I can’t take it anymore. It’s finally time to talk about Westworld and I have no idea where to begin.

How about with a…

My love affair with Westworld started a little rocky. I watched the premier the night it was released on HBO, how could I not with all the hype and delays surrounding it. HBO had made the world ready for this show for awhile and was finally delivering on that promise. The attachment of Abrams and Nolan (not Christopher but Johnathan) had my interest pretty primed so I was willing to give it my standard three episode rule. The premier was solid but I was tired and dozed off a couple of times and had to wake up and rewind. I pegged it as me being fatigued and not the show being boring (which it definitely is not). When the second episode came along I passed out half way through and then continued to do so each time I tried to re-watch it. I watched that episode over the course of three days by piecing it together like a puzzle. It’s not an enjoyable way to watch something especially something so intricate and heavy as Westworld.

After that I sort of strayed. I figured it was going to become one of those shows I should be watching but never went back to. But it nagged at me,  I was curious and the show felt like something I should be watching/loving (I know myself so well). Plus I was getting tired of hearing from co-workers “are you caught up yet” and the interwebs pretty much became a place to celebrate all the mind melting the show was providing. So, around Thanksgiving (I think), with a couple of days off, I decided that I was just going to do it, and binged watched six episodes in a day and a half. Probably more like a day when you add up all the hours. Problem instantly solved.

The best way I can describe watching Westworld is like all the features of my face moved to the center and I couldn’t figure out how to separate them again. Think about it, it’s the most awesome uncomfortable feeling a piece of fiction can give you. That need to figure out the puzzle but not having enough to do it yet because what you just experienced just melted your face into a puddle on the floor. Westworld took such relish in melting faces and raising more and more questions as the show progressed. For every answer that was given (and the show is not stingy with revealing things) another million questions pop back up and it’s so enthralling trying to piece it together. A part of me believes that I haven’t had this much fun trying to put together a show since LOST was on the air. That was the pinnacle of my television theory making, Westworld helped ignite that fire. I was reading message boards and theory columns, agreeing with some, disagreeing with others, and forming a hybrid of my own theories with some of theirs.

So, what’s the show about? This is where you have to be careful because the tiniest detail could give away the farm and I don’t want to be responsible for that. This is a show that needs to be experienced and watched from a clean perspective. Don’t go in with any preconceived notions just experience the story as it unfolds. All you need to know is that Westworld is like a Jurassic Park for adults. Instead of dinosaurs there are robots (or hosts) who help you play out your deepest western (as in wild west) fantasies. Do you want to be a cold blooded killer? Or maybe rescue the damsel in distress? Go on a treasure hunt? Westworld has all of this to offer you (for what we’re told is a great deal of money but no real figure is given) and more. There are no consequences to your actions because the hosts aren’t real. You can be as good or as bad as you want. The moral ambiguity that is raised by this park is frightening and fascinating.

And that is where the genius of the show lies. It’s not just the terrific performances, and there are plenty of them. Jeffery Wright, Evan Rachel Wood (who liked a comment of mine on her Instagram feed which basically makes us best friends), Thandie Newton, and Anthony Hopkins all deserve Emmy nominations. All of them. Each one. Some even deserve to take the award home with them. This show thrives off the performance of the cast because they know the twists and turns (or maybe they don’t) but they’re the ones who are making this story impactful. Seeing someone play the role of the host opposed to seeing someone play the role of a human and trying to figure out which is which becomes some sort of perverse game.

But the acting is besides the point, the questions the show raises is what drives it. Westworld is deeply philosophical with questions of what’s right and wrong and when do those lines begin to blur? Not to mention what it’s supposed to mean to be human. What makes us different from the hosts if anything at all. Westworld wants you to feel uncomfortable at times as well as questioning everything in front of you. This show is deeply layered and wants the viewer to participate, not just watch. You have to want to go deeper or this show will run you over. 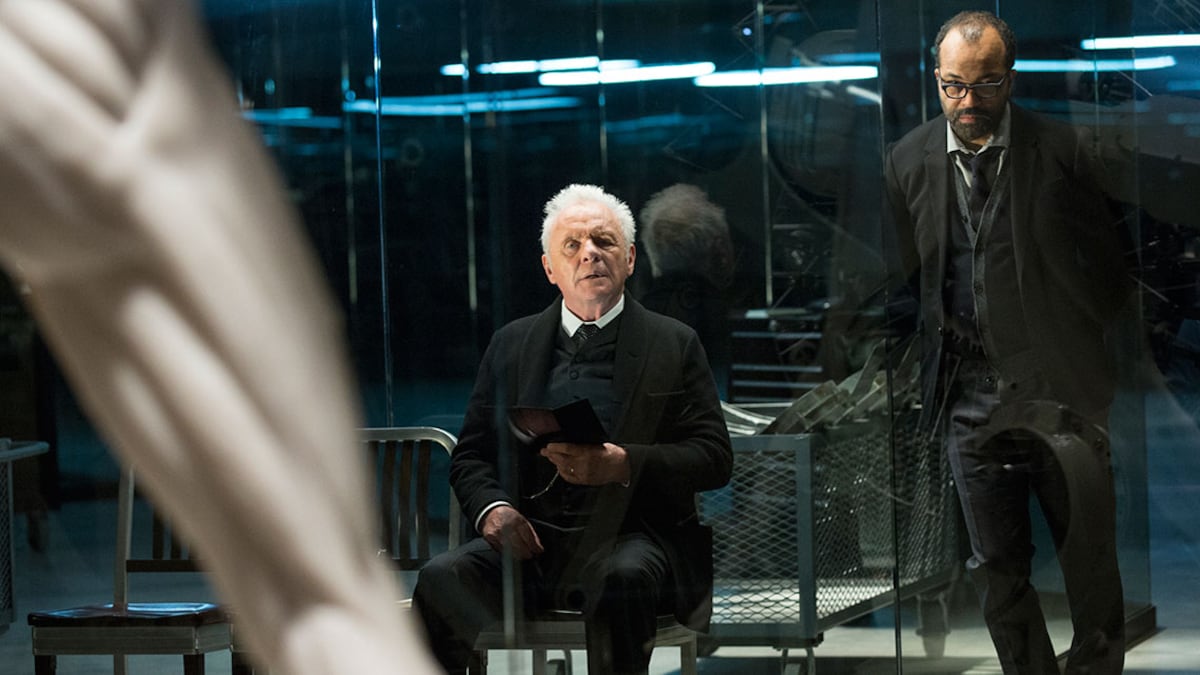 Is it possible to enjoy Westworld as a show and not an exploration into philosophy and moral compasses and faith and hope and, and, and, and… sorry. There’s a lot. Sure you can watch it just as a television show, but why would you want to? There is so much more just waiting to be discovered and over turned and analyzed. I’ve said it before, great television asks a lot from it’s viewers. Why would you ignore the question? If you do you’ll just miss out on something tremendous, which is what Westworld is. Tremendous.