Welcome to Day Two of the I Am Geek vacation tour and let me tell you Geeklings,  and things are going quite swimmingly. I say swimmingly because I did some swimming today. It was meant to be a vacation pun. I know, my humor truly knows no bounds. Seriously though, vacation has been grand thus far. I finished my book today (whoop whoop) and plan on starting a graphic novel after this post (all the titles will be given in the monthly round up) and for the first time this year feel like I might be able to get back on track with my reading goal. Huzzah!

On top of that, I wanted to take this week to get back into the rhythm of posting here. Things have been a bit disjointed as of late, three posts a week, and a part of that has to do with a larger Fan Fest work load but also with a bit of that burnt out fatigue. Fear not Geeklings, I’m taking the time this week to rest up and reset the brain so I can continue bringing you the funky fresh content you’ve come to love.

When I did yesterday’s Week In Geek I purposely left off last week’s Emmy nominations as I wanted to touch on them separately because I’m not sure if you know this Geeklings, but I have an irrational love for award shows. Pretty much all of them, except the Grammys which I find to be crap. There is such a commercial quality to the Grammys that doesn’t even celebrate music just celebrates pop figures who produce the same songs year after year after year. I’m serious. I love music and it’s such a massive part of my life but the Grammys are a joke to me. How can you tell me someone like Justin Bieber had a better record than someone like the Foo Fighters? The argument is voided by the fact that the Foo Fighters play and write all of their music, but because Bieber is pretty and the in thing we need to celebrate his “music”. That’s what bothers me about the Grammys. Plus, have you noticed that there is a serious lack of actual musicans that perform at this show?! That really grinds my gears too.

The Emmys on the other hand, he said ignoring his massive Grammy rant, now that’s my jam. As a matter of fact, I’d go so far as to say that the Emmys have replaced the Oscars as my go to awards show, with the Golden Globes coming in at a close second. I feel like I’ve mentioned this a lot here, but at some point over the last five years or so television has replaced movies as my go to entertainment source. Maybe it has to do with the prices of movies being utterly ridiculous, I should not have to sell a kidney in order to see Baby Driver, but most likely has to do with the fact that television allows for expanded story telling as well as real character growth. I’m a sucker for character and stories.

Not to mention I think we’ve really shifted to a golden age of television that was started way back with shows like The Sopranos and LOST that laid the blue print to what makes for great television, and current writers and directors have taken that ball and run with it. That’s why we have our Breaking Bad or Game of Thrones or Stranger Things. Serious question, can you guys think of a movie in the last couple of years that captured the feels of any of the above-mentioned shows? Don’t get me wrong, there have been excellent movies but as far as a story telling platform goes I choose television.

When last Thursday rolled around I was secretly glued to my phone, shhhh don’t tell my boss, as the Emmy nominations rolled in. I find that the Emmys think a little more progressive than the Oscars do and are willing to take chances on shows and actors that might get overlooked by the Oscar comity. Take last year, for example, Tatiana Maslany and Rami Malek won best actors/actress for shows that were about clones and a hacker with split personality problems. The Oscars has a tough time nominating anything that has science fiction and here are the Emmys saying, “we love this weirdness please let us reward it”. On top of that, I happen to really enjoy those programs and I love when shows/actors I love/admire get nominated. 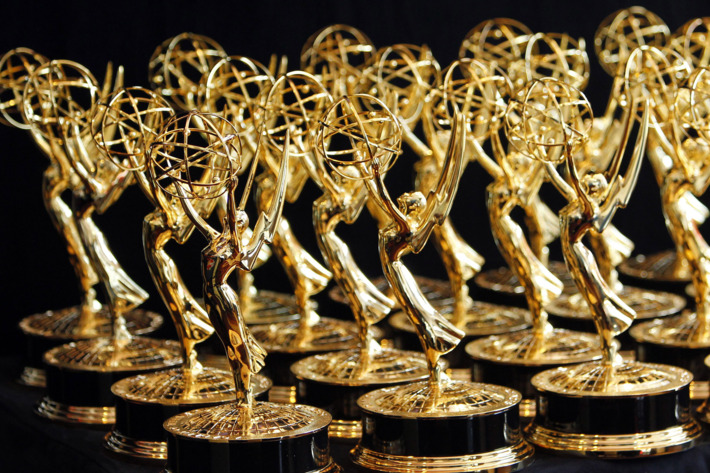 This year’s nominations really showed me that the Emmys have their finger on the pulse of television. Of course, there were snubs, there is every year, and it’s easy for those snubs to cause you to overlook the greatness of this year’s nominations. Trust me, folks, I wanted Michael McKean, BoJack Horseman, and Legion nominated for something but you can’t always get what you want I suppose. The Stones said that as they probably were busy getting everything they wanted.

Moving past the snubs though this year saw massive nominations for shows like Westworld, Stranger Things, Handmaid’s Tale (debating whether or not to read the book first. Opinions welcomed), Benedict Cumberbatch, a celebration of legit late night television while ignoring the cute, adorableness of Jimmy Fallon (sorry but this climate needs late night like these nominations), Master of None, and Atlanta. I’ve fawned over the majority of these shows here, but what they all have in common is their ability to stretch the limits. To take the format and move it in a different direction. Suddenly our sitcoms can be rooted in real themes without a laugh track. Our science fiction can be weird and trippy but speak on our political climate. Benedict Cumberbatch can be showered with awards for playing Sherlock Holmes. The Emmys are not afraid to say “yeah we did it, what are you going to do about it?” and I love that about them.

I guess when it comes down to it, my obsession with award shows stems from a romantic place in my heart. The idea of creating something and putting yourself out there resonates with me. As I watch most award shows, except you Grammys (grrrrr), I can’t help but be moved. Here are people who dreamed something. Whether it’s writing, directing, acting, or anything else that goes into the production, these people dreamed it and followed that dream. Now here they are being recognized for it. That’s truly incredible to me. Being a person who often dreams of creating I can’t help but be moved and filled with a sense of, “why not me?” That’s the true beauty of award shows to me. The feeling that all these dreams may not be as far fetched as we may like to believe. That maybe they’re completely tangible. It inspires and drives me. And when you think about it, that’s pretty cool.