Geeklings, welcome to another installment of the Week In Geek and let me tell you something. I. Am. Fired. Up. I don’t know what it is exactly. Perhaps it was watching the Giants come from behind win last night. I’ve been hyper-critical about the Giants drafting Daniel Jones at the sixth spot, and stand by that judgment. Jones wasn’t going anywhere and they probably could have gotten him in the second round, and they left a stud defensive player in Allen on the board. God forbid this team develops a pass rush… I digress. Anyway, I’ll be the first to admit that Jones looked more than alright yesterday. It actually was the most fun I’ve had watching the Giants in quite some time. The defense still sucks on levels I don’t properly understand though. When you have players saying they can’t guard people for ten seconds they should probably make sure that they can guard them for at least three, but a win cures all. Seems like the Giants are heading into a new era and I’m excited about watching this team, and that’s something I haven’t said in forever. I had pretty much written them off this year… and next year if I’m being honest. What?! I was very angry but not today. Today is a day of Giants joy.

That’s definitely part of what’s got me so hyped today. The other is probably the ridiculous Breaking Bad high I’m riding. My fiancé had her bachelorette party over the weekend and I spent that time on my couch watching eleven episodes of Breaking Bad. We’re talking almost eleven hours of the finest meth-cooking, “bitches”, and pizza roof throwing. It. Was. Glorious. I’m all in right now Geeklings. Fully invested and this re-watch isn’t just getting me more psyched for the movie in October but serving as a not so subtle reminder that Breaking Bad is the greatest show in television history. It doesn’t even feel close. My goal for tonight is Monday Night Football/Monday Night Raw, hope that Mitchell Trubisky can complete one to two passes to Allen Robinson so I can win my fantasy matchup, and load Netflix on the ole iPad so I can watch more of my favorite New Mexico residents. Living the dream over here my friends… but I’m also stressed about this fantasy matchup. This doesn’t seem like a difficult task but Trubisky makes me nervous and I need this win.

You know what else is making this a kickass Monday? The content of this week’s Week In Geek. There’s a lot more happening in these coming days besides my birthday (26th, feel free to send gifts). Soooooooooo much more. For example… 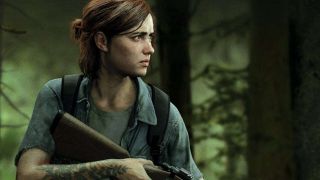 Last of Us II– It’s finally happening. I have been waiting for news on the long-awaited Last of Us sequel seemingly forever. We’re talking about a time where the New York Giants had a pass rush. Sorry, not doing this today. We won and I feel good about the win. Focus Kevin, focus! Focus on things like we’re finally going to learn when the Last of Us II is going to be released. Early leaks seem to aim at February 2020 which is fine with me. I just want to know that this game is actually coming. I based my purchase of my PS4 around this game. I couldn’t allow myself to live in a world where it would be released and I couldn’t play it. I need to see how things continue for Joel and Ellie. What new horrors, heartbreak, and possible hope do this world have to offer? And maybe with the announcement tomorrow we can also get a storyline trailer. The teaser trailers that have dropped have been outstanding teases almost playing with my emotions. Give me something substantial. Make me feel the pain as I prepare to dive back into this universe.

El Camino teaser- By now you guys know that I have quite the love/addiction for award shows. They’re just the best, aren’t they? All those people following their dreams and winning awards giving me a chance to celebrate their work or turn to the internet to bitch about snubs and wrongful winners. As if I needed any more incentive to watch the Emmys last night it was announced that our first trailer to the Breaking Bad movie El Camino would be dropping and the people running the Emmys are no fool, keeping the trailer to right before the last two awards were announced. Got to keep those eyes on the screen. What followed was a borderline perfect trailer. I’m sure some of you are saying it didn’t show us anything and maybe to a degree it didn’t but it certainly set the tone. I had literal chills barely seeing Jesse Pinkman smoking a cigarette in the dark, glancing over his shoulder, while the radio replayed the events of the finale. You could feel the paranoia. You could wear the tension. Instantly I was back in the Breaking Bad universe and I didn’t want to leave. If there were any doubts left about this movie this teaser chased them all back into the abyss like ghosts in the night.

Frozen 2 trailer- Ummm, is it just me or does the sequel to Frozen look kind of intense? Like adult-like intensity making these characters feel very grown-up. You don’t always get the impression in animation trailers that there has been a general progression of the characters but Frozen 2 delivered it in spades. They want you to know that things are a little darker. And I can’t be the only one who is here for it. Disney dropped the latest trailer to Frozen 2 this morning and I’m really impressed with what we have here. I love the dynamic between Anna and Elsa. I love the imagery. I love the underlining current that there is something big happening here. And the hope that maybe someone will indeed want to build a snowman.

The Good Place season 4- Happy Birthday to me! What better way to bring in my berf than with the season premiere of the final season of The Good Place. I love, love, love this show so much and while I’m excited that they get to end on their terms, I’m also crushed that they’ll be leaving our screens so soon. I’ve made no attempt to hide the impact I think the Good Place has on television, storytelling, and character work. Now we get to see if the show sticks the landing. The season three finale left me in tears, it’s Jeremy Bearimy baby, and I’m excited to see the resolutions ahead. Call me hopeful or a romantic but I have faith that the Soul Squad is going to end up exactly where they belong. Whether that be the actual Good Place or maybe even a Better Place. I trust Mike Schur to be loyal to these characters and this narrative every step of the way and I can’t wait for this last adventure with them.

There you have it Geeklings, a kickass Monday in the books. What are you looking forward to the most? Be sure to sound off in the comments or throw me a line over on Twitter @iamgeek32. Now please allow me to grab my Ipad, set up Breaking Bad, and get ready to try and watch three things at once.

One thought on “Week In Geek- Last of Us II (finally), An Old Friend On the Run, & the Good Place”