I want you guys to take a trip back in time with me. I’m thinking all the way back to May of last year (yes, I’m still having trouble grasping the fact that 2016 was last year but long live 2017!). If you want to get specific about things let’s take it all the way back to May 10, 2016. Why do you ask? Well that was the first time I Am Geek had a guest writer, and that writer happened to be my sister, Jen. In that post (if you need to refresh yourself just click here) Jennifer explained how her husband, Paul, and her were in the process of trying to adopt their first child and how she wanted to turn that child’s nursery into a explosion of Harry Potter Pintrest ideas.

Well, I have some exciting news Geeklings. As of last week (January 11th as a matter of fact) I am happy to announce that my sister and Paul are brand new parents to my beautiful niece Madison Lyn! How awesome is that?! It’s, like, the coolest thing ever (great use of adjectives writer). I have a niece! My sister and Paul have a daughter! There’s a tiny little human bundle waiting to be introduced to a world full of geekiness. It’s the most amazing thing in the world and I’m so happy for the three of them.

Now the whole process of having a baby has left Jen and Paul with some time on their hands. Having not ever been a parent (I have a cat remember?) I figure that an infant just sleeps a lot while the parents just stare at it while waking the baby up occasionally to make sure he/she is still alive. Right? I could totally write a parenting book. I know there’s diaper changes and feedings too but I think I summed it up pretty good there. Total Uncle mentality.

Any way, the two of them have some time on their hands while Madison Lynn rests in preparation for her terrible twos so they’ve decided to finally start watching Game of Thrones. I have been pushing them for-ev-er to start watching and I always assumed that it was never going to happen. I once got Jen to read, like, two chapters of the first book but she gave up pretty quickly, but outside of that there was nothing. Now we live in a world where I have a niece and my sister and brother in-law are watching Game of Thrones. I love you 2017.

Me being the opportunistic geek that I am, saw this viewing as an opportunity for I Am Geek. I texted the two of them asking if they would like to co-write a column based on their viewings because they have time to do such things with a newly born human in their possession. I asked for theories, reactions, thoughts, whatever they could come up with (something I’m also going to apply to my mother when we eventually watch season three) and send it over to me so I could post it on the site. I thought it would be fun to get the perspective of two people watching Game of Thrones for the first time. If nothing else, those of us who watch, could silently laugh and giggle as these two new parents have their emotions mule kicked in the groin.

Well, they have completed season one! I got two texts from Jen (within seconds) that read “What the F!!! What the effing F!!!” so I knew we had some episode nine feels. An hour and a half later I had an email with some of their thoughts throughout the binge watching. When I proposed this column to them they had already watched four episodes so these thoughts come for the last six episodes of season one. Now prepare yourself as some of them contain adult langue and spoilers so be careful if you haven’t watched (or read). We’ll try and get all ten episodes in for season two. Although some earlier thoughts from Paul that didn’t make the write up included “Wait, isn’t that his sister” and my personal favorite, “Of all the names how did they land on Ned?”.

So, please enjoy Jen & Paul’s Excellent Game of Thrones Adventure Season 1 a collection of random Game of Thrones thoughts, and welcome my beautiful baby niece to the family! Enjoy Geeklings! 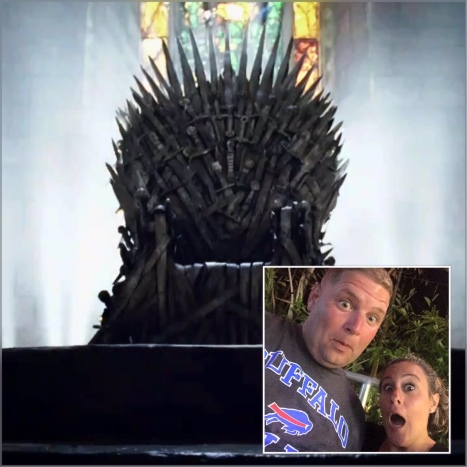 A question that is more common then you would think– Did he say horse whores? – Paul

Paul- Um I don’t think they were banging. 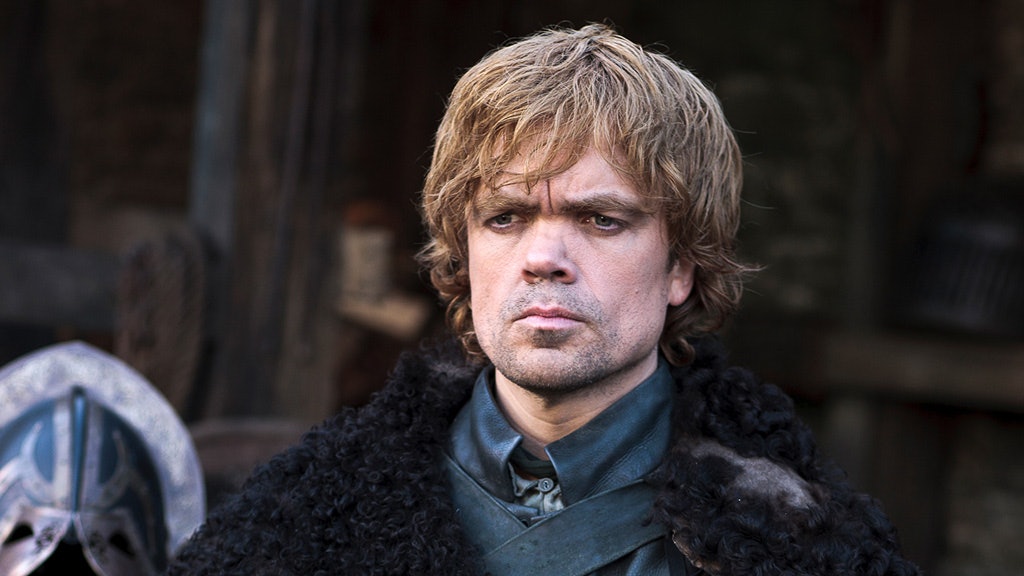 Thoughts on Tyrion based on height not name- Is the little guy good or bad? – Jen

Jen- So is he going to die a virgin?

Winter is Coming- Does winter not come for a long time? – Jen

What I imagine was just Daenerys celebrating- Yo! She’s the dragon son! – Jen

When brothers and sisters love each other too much- Twins???  Gross! – Paul

Episode Nine- Shut up they are not going to kill him. *there goes his head*, nooooooo! – Jen

Cersei loves her family- Wait is she banging her nephew? – Paul

That finale- So if I’m to understand correctly she gave birth to a still born dragon human hybrid?- Paul

I don’t know about you guys but I can’t wait to see how they feel about season two. Stayed tuned to I Am Geek as we continue Jen & Paul’s Excellent Game of Thrones Adventure!