When DC Rebirth started hitting the shelves, or in my case, digital shelves (or smart lists as Comixology calls them), it opened the door for me to read more DC comics. It’s been well documented here that I am a Marvel kid and for the longest time I found DC books to be wildly inaccessible because I didn’t know forty years of back story to appreciate them. That’s exhausting, not to mention crazy expensive. Who has time for that? I spent some time on Wikipedia pages but even that wasn’t doing the trick. Seriously, I would rather read the comics. Outside of Batman and the Injustice series, I figured that DC books and I would never truly have a relationship. I would always be that outsider who was on the outside looking in or even worse came in but had no idea what he was talking about. Which is sad because there were a number of characters and back stories that I was interested in, but felt the company wasn’t very reader friendly. DC was keeping me from reading DC books. The bastards.

With Rebirth, I saw an opportunity to invest in more DC titles which is exactly what I did. Books like Green Arrow, Titans, The Flash, Suicide Squad, and Batman all became a part of my pull list until my wallet begged me to stop. Seriously, I’m pretty sure it drew a line in the sand and said “pick some not all”, and Kevin had to make a choice. Choosing is never easy but sometimes to prevent yourself from going broke they are necessary. Needless to say I cut my DC books pretty drastically, only keeping Batman and The Flash. I still regret not sticking with Green Arrow as I was really digging everything about that series. Perhaps one day I’ll circle back.

Batman was an easy sell because it’s Batman. Who doesn’t want to read a Batman book? It’s freakin’ Batman. The Flash on the other hand was a tougher choice. I’ve fallen in love with the CW Flash show, and think it’s their strongest DC show going (sorry Arrow) and as a kid I loved reading Flash comic books because I was fast and thought, “hey, that could be me one day”. I remember reading an issue where the Flash died, and not knowing that comic book deaths are more or less worthless, and being devastated. How could they kill the Flash like that? I never read the follow ups to this book but just looking at that cover right now fills me with so many crazy nostalgia feels. I don’t know if you know this about me Geeklings, but when heroes die heroically… it’s one of my favorite story telling devices. I love a character who gets a good/tremendous death. The pain and the emotion is raw and real because you lost such a great character, but on the other hand there’s a sense of pride and victory behind it. Your favorite character or this noble kick ass character goes out like a champion while hanging their head high. That’s the best kind of character death, and I remember that Flash went out in this issue doing what he was supposed to be doing. Saving others. Even at a young age I knew this was a good way to go.

Outside of this issue though, I couldn’t remember reading a Flash comic. The show refreshed my memory to the world of Barry Allen and made me want to spend more time in Central City and the best option to do that was through the comics. Rebirth reset the board for the Flash and made jumping into his book a lot easier which I very much appreciated. From there the stories are what sold me on the Rebirth comics. From hundreds of Central City citizens becoming speedsters to the training of young Wally West to the return of the Rogues, Joshua Willamson has been killing it on this book. The characters he provides are believable and easy to root for, and the book is just a fun read. When it comes to comics it’s easy to get lost in all the doom and gloom that’s happening in the super hero world, books like The Flash remind you it’s okay to have fun with your doom and gloom. On top of that though, it’s the art that makes these books shine for me. Especially the splash pages. 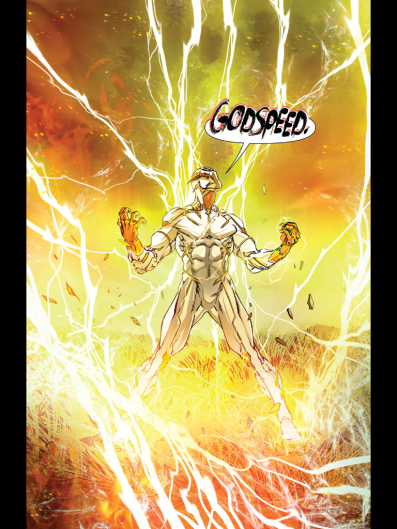 Look how vibrant and exciting these things are. 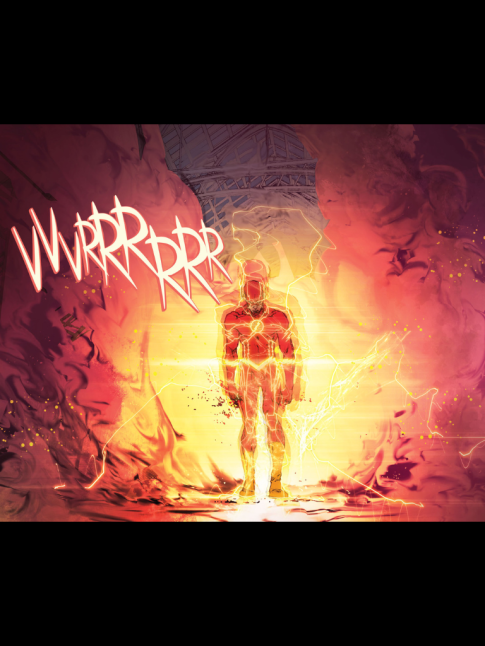 While I’m a story junkie and all, I have to say that I look forward to these splash pages almost as much as I look forward to the story content of the book. Carmine Di Giandomenico does such an incredible job with his pencil and colors. Just look how the speed force is constantly surrounding the Flash or how the landscapes and the vibrant colors of the action just mesh so perfectly together. It took me a few issues to get on board but once I started noticing all the little things that Giandomenico was doing this quickly became one of my favorite books. 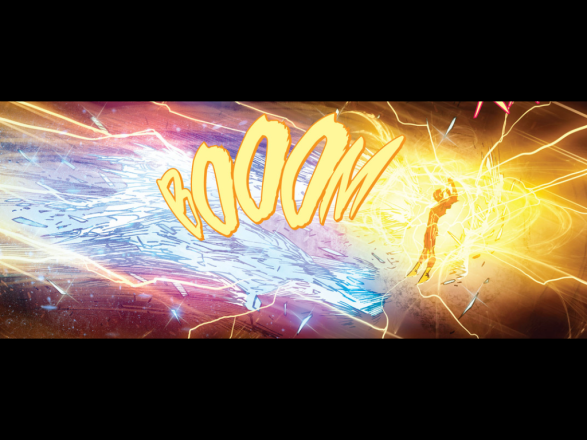 If you’re looking for a reason to get into The Flash comics, whether it’s because you love the CW show or because you want to learn more about the Rebirth event, then now is the time my friends. There hasn’t been one issue that hasn’t been enjoyable and when you get rewarded with art and splash pages like this, how could you turn that down? 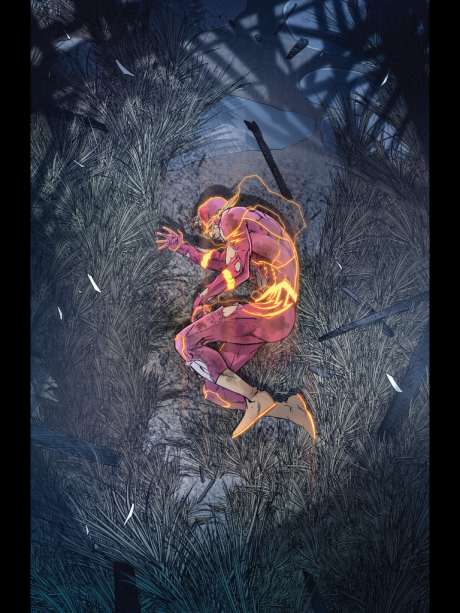