Geeklings, a very Happy New Comic Book Day to you all! I hope it finds you not only well but with a butt ton of comics to read. I myself am pretty much caught up on my back pile, which comes as a relief, but also opens the door to creating a new back pile. I can’t stop buying comics and my to-read pile is quickly growing to comical heights. It’s alright though, my personal pull list today is a bit light so it allows me to continue reading Mark Millar’s Red Son, my first time, and prep what graphic novel comes next. Either the latest Walking Dead trade, Batman Beyond, or maybe DC New Frontier. Perhaps you guys can help me out with that a little? Throw a Tweet my way (@iamgeek32) and tell me what to read next or throw me some suggestions to add to my to-read pile.

The other really nice thing about a light pull list for yours truly this week is it allows me to watch more of Daredevil season three. Have you guys started this thing yet? I’m only four episodes in, I’m taking my time and the three hours of my life I wasted watching the Giants play Monday Night Football prevented me from watching, buuuuuuut this season is incredible. There’s this air of finality that’s looming over everything and I kind of get this Dark Knight vibe. It just feels special. Not to mention this years tracking shot fight is seriously off the rails. I’m talking bonkers. As soon as I wrap here I’m heading right back to Netflix to continue my journey.

That’s not to say I’m in a rush to leave though. That’s not the case at all! It’s New Comic Book Day and it’s been a week since we’ve had a chance to hang out and talk comics. I wouldn’t miss that for the world. With that being said, what do you say we start to break down this week’s Pull List? 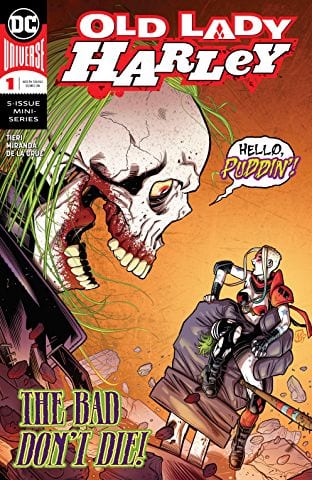 1. Old Lady Harley #1– First things first, I would be remiss if I didn’t admit how much I enjoy the tongue and cheek ribbing at Marvel’s Old Man Wolverine series. I don’t this is going to start a turf war or anything but I do enjoy when the big two kind of stick their tongues out at each other. And it makes sense that it would be Harley Quinn in this slot as, much like Wolverine, she seems to be everywhere. Much like the Marvel series, Old Lady Harley takes place in the future where Harley Quinn is looking to slip back into retirement after saving New York from a Gang of Harleys, but she’s being pursued by the Laughing Boys Gang who desperately want her to meet their leader. It seems obvious that this would be the Joker buuuuuut Harley killed him herself years ago. Sorry, puddin’. I’m not sure what this series entails but Power Girl is President and Atlantis is the 51st state. It’s a Harley Quinn book set in a wild future, sounds like a blast to me. 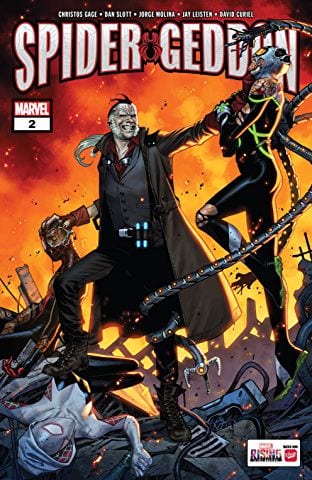 2. Spider-Geddon #2– Bad news if you’re a Spider-Person, the Inheritors are free from their toxic planet prison and they are hungry. A number of Spider-Folks fell at the end of issue one, and much like the original series, a gang of Spiders must band together to rid the world of the Inheritors once and for all. It looks like this series will be used as a springboard into Marvel’s upcoming return of the Superior Spider-Man which means Otto will most likely be playing quarterback. If you’re not a fan of Doc Ock, don’t worry, there are plenty of other Spider-Folks out there to make up the team, and whenever you involve the Inheritors you just know things are going to get out of hand. You just leave Spider-Ham alone you monsters! 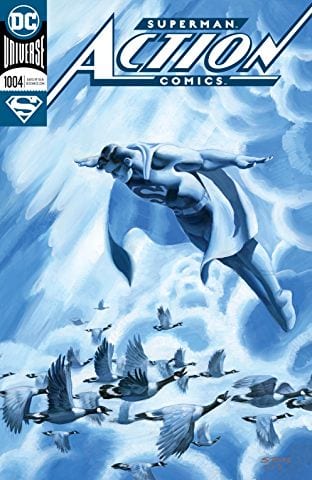 3. Action Comics #1004– First off, this cover is breathtaking. Steve Rude really has crafted such beautiful image of Superman frozen in the sky while the world moves around him. This is frame worthy. Once you move past the cover you Brian Michael Bendis breaking down the importance of the Superman and Lois Lane relationship. Lois has been gone for quite some time and now she’s back leaving Superman with a number of questions. For starters, where is Jon Kent? That’s kind of important. On top of that, why didn’t she reach out when she returned from space with Jor-El? And most importantly, does she still love him? What follows is an issue that takes the love story we all know and adds new depth to it. An emotional Lois and Clark issue for sure. 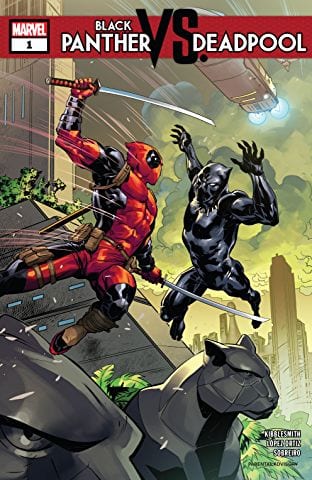 4. Deadpool vs Black Panther #1– … because why not?! He’s fought just about everyone else. 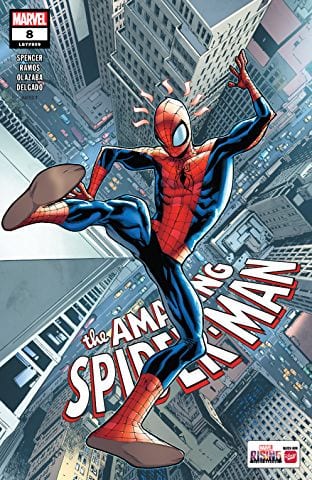 5. The Amazing Spider-Man #8– I can’t believe Nick Spencer is already eight issues into his Amazing Spider-Man run, but it’s been a blast. Spencer has a serious knack for writing Spider-Man and excels with the quick whips and jokes. His Peter Parker has returned the character to his roots and it’s been a blast seeing Pete trying to build himself up. The book itself is everything I love about Spider-Man. Funny and action-packed one moment and bringing all the feels the next instant. Issue eight starts a new arc with new problems for ole Web-Head. Spencer has set a lot of things in motion with the brief introduction of Kraven and his use of the Kingpin so I imagine things are going to get bad for Spidey soon. How bad? That’s yet to be seen but I do know that this book is beyond fun and that’s all that matters to me. 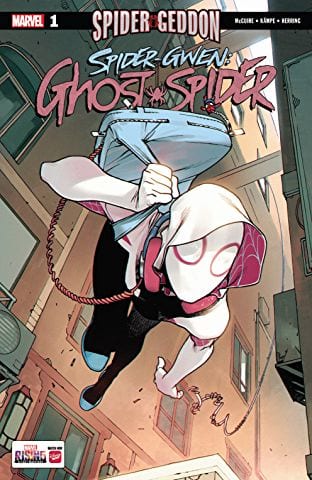 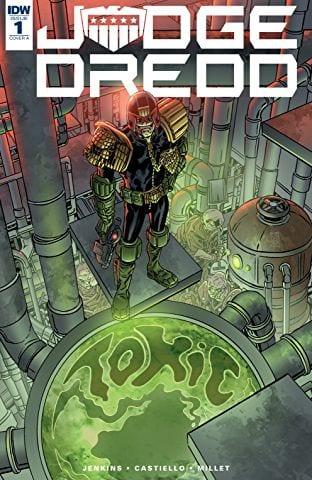 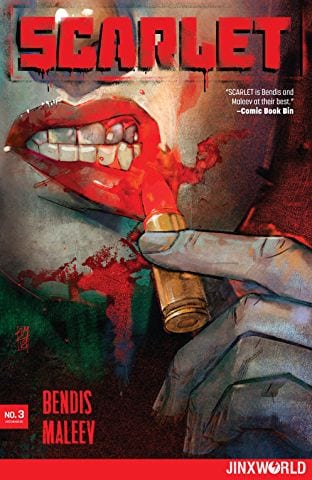 There you have it Geeklings, all the best books to get your mitts on this week. As always, if you feel like I’ve left anything off this week’s Pull List feel free to sound off in the comments. If you’d like to talk more comics with yours truly or help me make decisions on what to read next, then you can throw me a line on Twitter @iamgeek32. In the meantime, I’ve got more Daredevil to watch and more Red Son to read. I’ll catch you all back here next week for a brand new edition of the Pull List. Happy reading and many huzzahs!