Geeklings, I told you yesterday that this was going to be an up and down writing week. At least I think it is. I had to get pick up the Adorable Creature from the airport today, she’s been gone since Saturday and I somehow managed to survive and remain fed, which didn’t give me a lot of time to write today after work… Okay, that’s kind of a lie. I could have written immediately after work but instead chose to watch episode four of Daredevil. I regret nothing. Seriously, that episode had the tracking shot fight and it is spectacular.

Even though time is a bit short today I still wanted to get some new content out for your eyeholes and I thought what better way to do that than dropping a whole bunch of the set photos from the upcoming CW superhero crossover, Elseworlds.

Stephen Amell has been posting set photos for the last week and a half and things are getting all types of crazy. Let’s start with the poster for the crossover that sees a bit of a role reversal with Barry Allen as the Green Arrow and Oliver Queen as the Flash. That right there is enough to raise an eyebrow of interest. 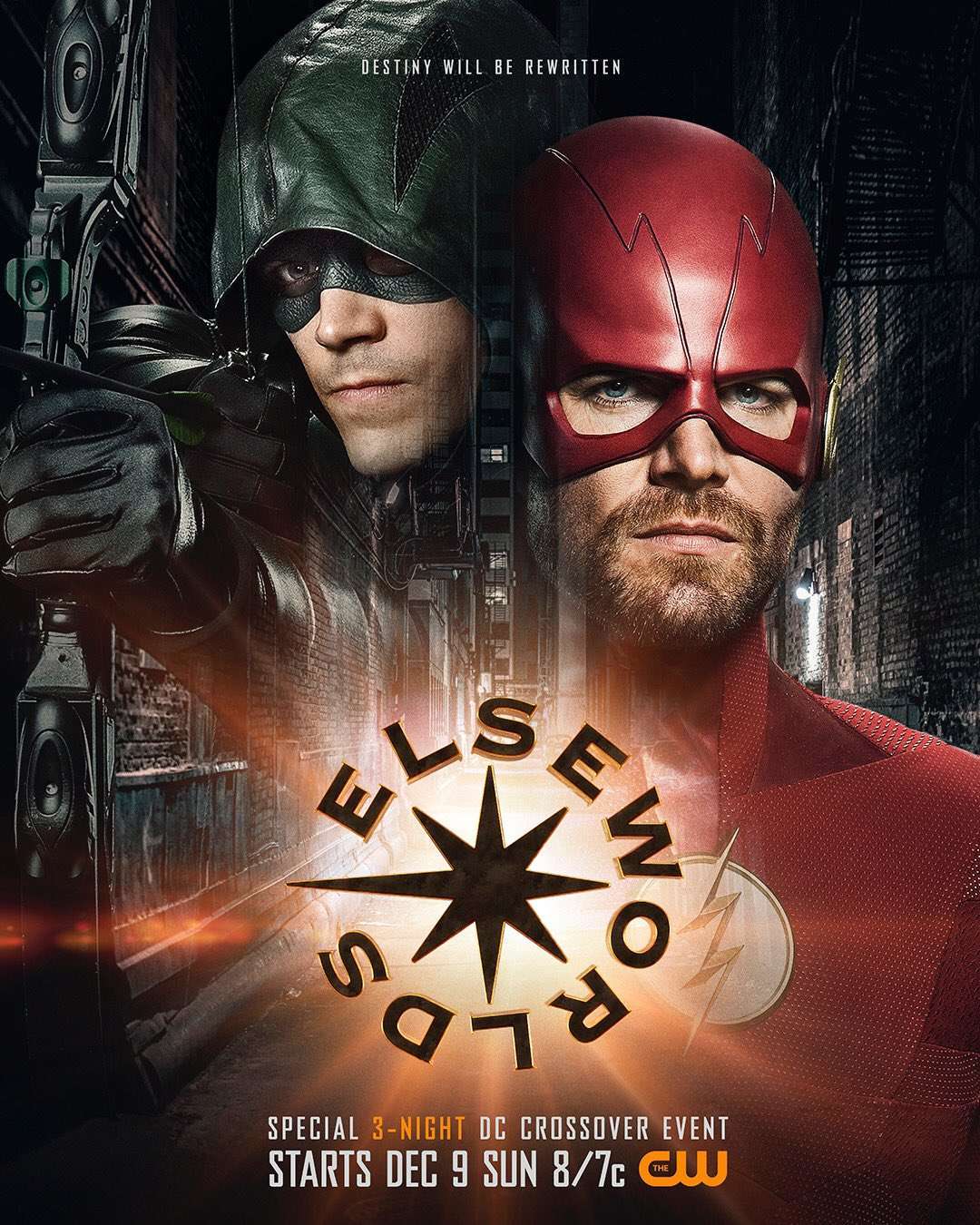 We’ve known that this crossover was going to focus mostly on Supergirl, The Flash, Arrow, and the debut of Batwoman, but we didn’t know that Superman was going to be a big part of the arc. In fact, we’ve got our first look of Tyler Hoechlin in a black super suit which immediately had me thinking of the Return of Superman story arc that I loved as a kid. Saaaaaay what?!

Then there’s whatever this means… 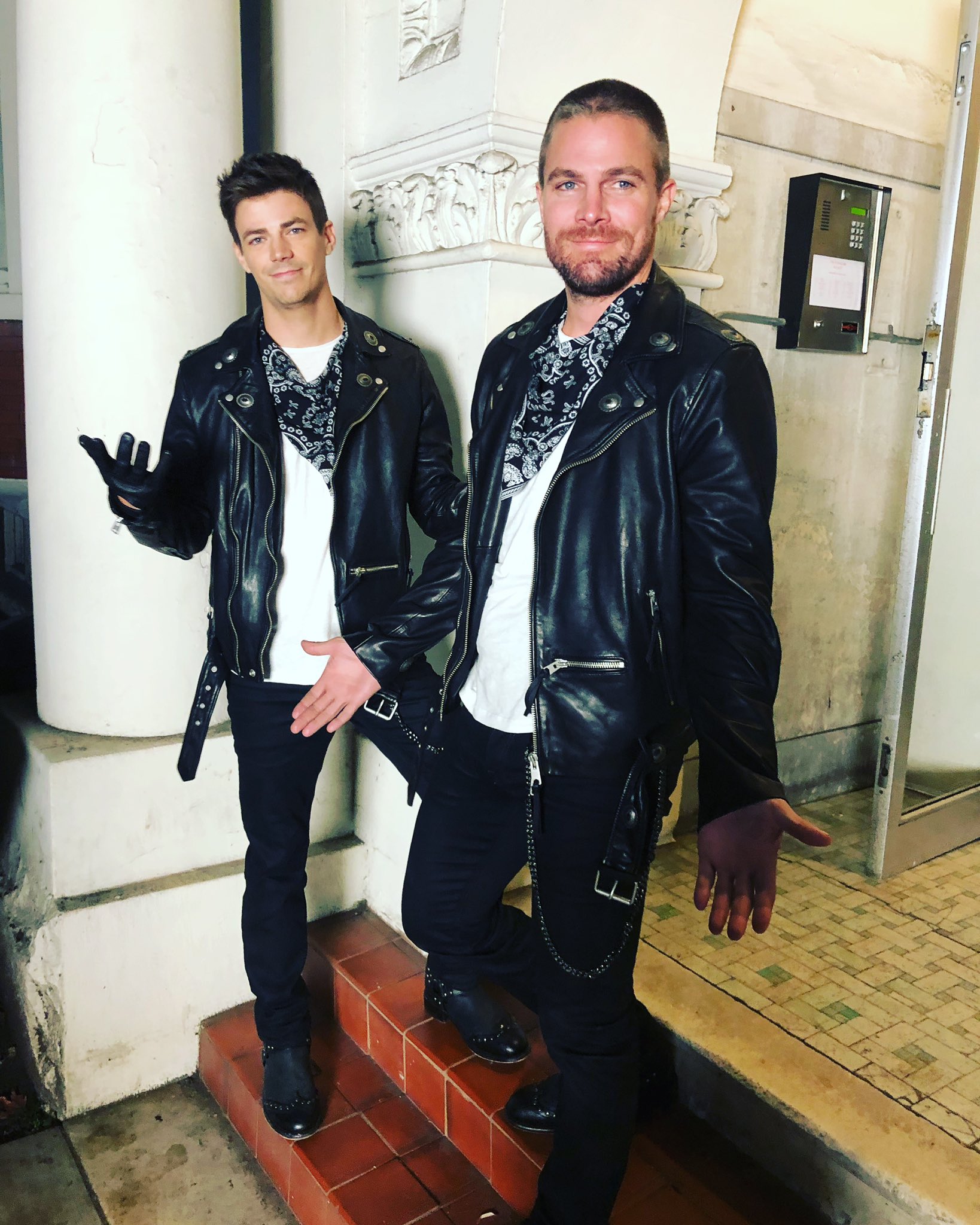 Throw in a little bit of suit reversal… 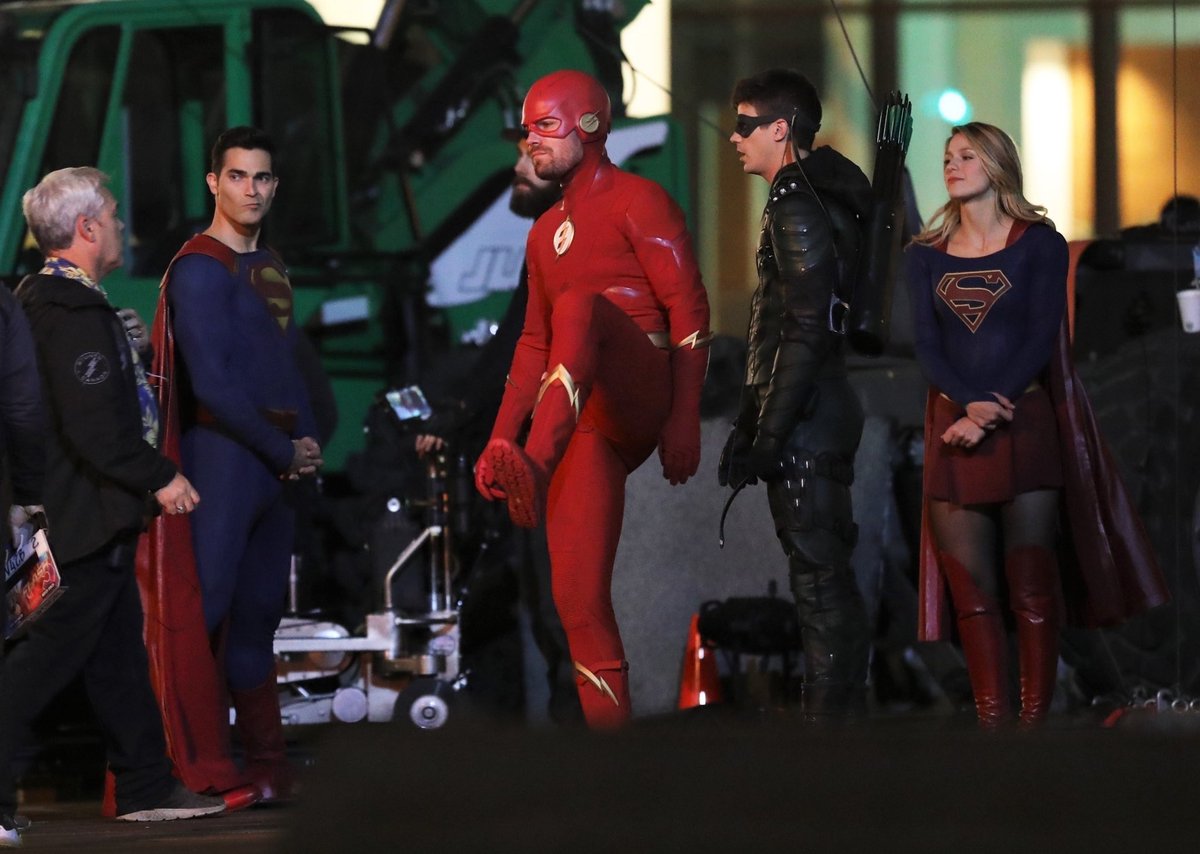 But this one… this is the one that had me geeking out pretty hard. I don’t know how many of you remember the 90’s Flash television show starring John Wesley Shipp (who plays Barry’s dad on the current CW show), but I do. In fact, I remember playing with my superheroes in the living room while sitting in front of the tv watching. Those were the days my friends. With that being said, yesterdays image leaked had the 90’s kid in my freaking out as it looks that Shipp will finally get to bring back his Flash. The Elseworlds title really opens up the multiverse and this is super cool. Like, super cool. 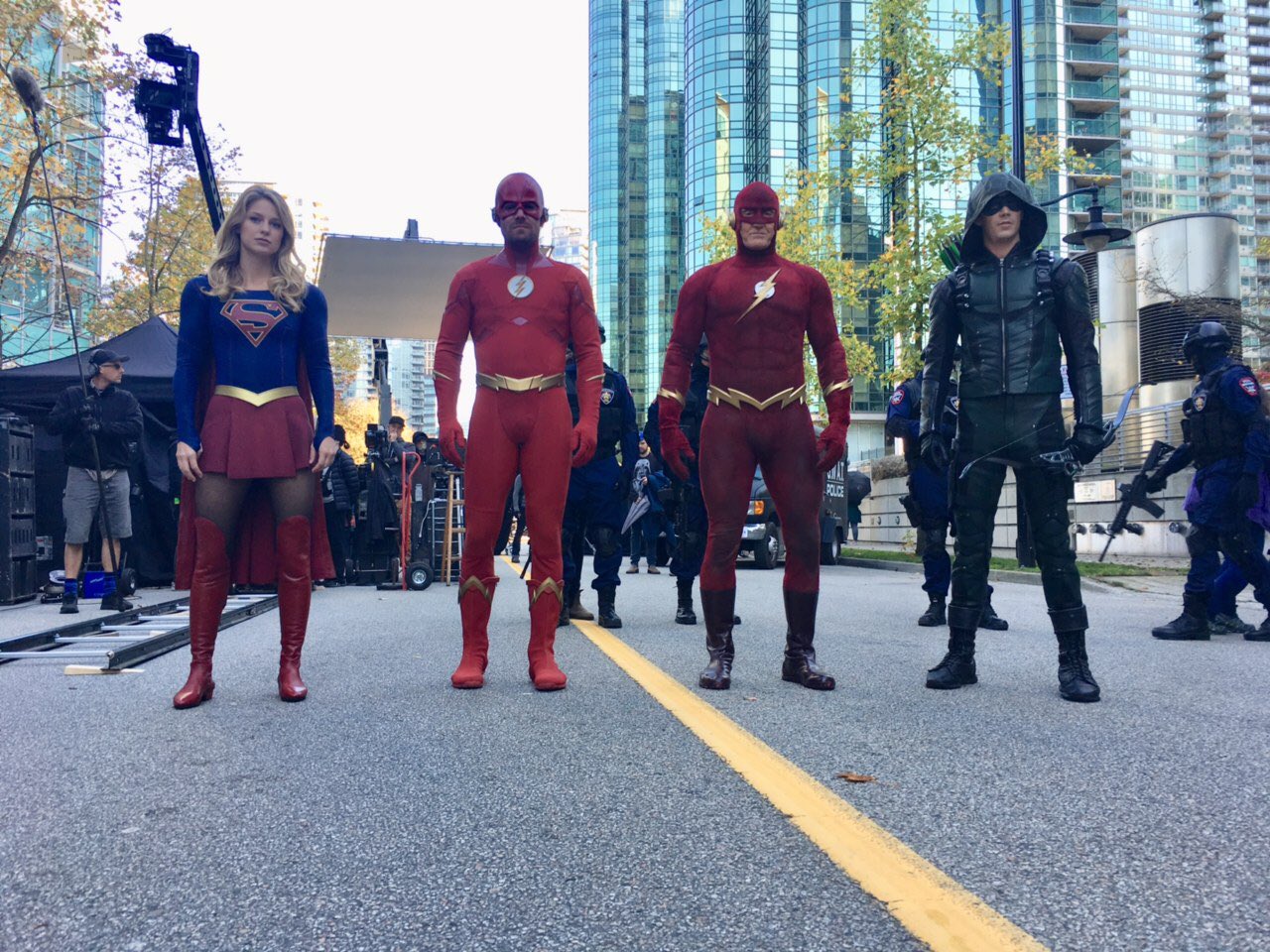 There you have it Geeklings, the crossover is still being filmed (man, these actors go hardcore for it) which means there are still some teases in our future, but what do you think so far? Are you excited for this years CW event? Sound off in the comments or you can throw me a line on Twitter @iamgeek32. That Shipp throwback though… I’m so here for this.