Geeklings, a very Happy New Comic Book Day to you all! I don’t know about you guys, but I woke up this morning all types of excited. I got myself dressed to go to the gym, #grinding, grabbed my Fancy Comic Book Reader, signed into Comixology, and downloaded my comics all before six a.m.. I couldn’t wait anymore. I wanted to know comics were there waiting for me after I did my half hour of elliptical fun time. As soon as I returned from the gym I cracked that baby open and it was reading time before work. Is there a better way to start your day than with new comics? No, no there is not.

For those of you who are concerned, of course, I showered. I’m not a savage. I’m just trying to paint you a picture. A picture that shows you just how excited I am for today’s New Comic Book Day. There are a plethora of books released today and it is the best kind of overwhelming. I spent the majority of my free time reading what I could so I could come here tonight and properly breakdown some comics, and if you’ve been paying attention to my Twitter feed (@iamgeek32) then you’ve already seen me discuss some of today’s selections. I couldn’t help myself.

But now I am free of the 240 character shackles and able to discuss books freely. So without further ado, what do you guys say we start talking comics? 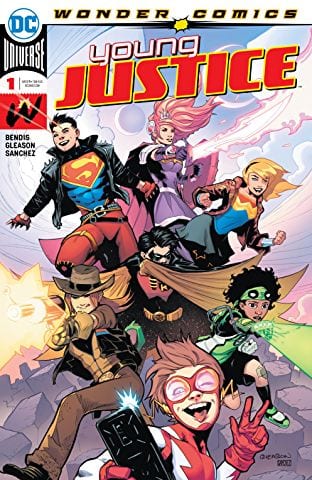 1. Young Justice #1- This book. Is. Awesome! From start to finish it is an absolute blast. I’ve been looking forward to this book ever since it was announced back in October at NYCC, and it’s arrival today felt like comic book Christmas. Brian Michael Bendis is one of my favorite writers, and I’ve always felt that he has this uncanny ability to capture the voice of younger heroes so freakin’ well. Look at what he did with Ultimate Spider-Man for both Peter Parker and Miles Morales. Bendis can tell quite the story concerning heroes and their coming of age which makes him such a perfect fit for Young Justice. This first issue does a crafty job of introducing us to all the players, a problem for them to confront, and maybe, just maybe, all while setting up something huge for the DC Universe as a whole. I’m already in love with these characters. Bart Allen is an immediate standout and scene stealer but I also foresee big things in the future of Wonder Girl. Plus, it’s got Tim Drake as Robin. What more could you ask for? 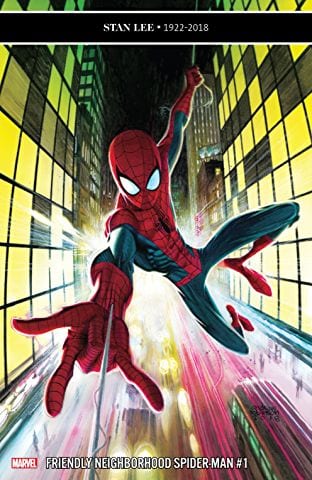 2. Friendly Neighborhood Spider-Man #1- Way back when Marvel announced that Dan Slott would be leaving Amazing Spider-Man, I inquired (through a Tweet) about who I had to pay to get Tom Taylor to write a Spider-Man title. Taylor responded with a winking face emoji of some sort and I really felt like I was on to something. Fast-forward to the announcement of Friendly Neighborhood Spider-Man and I kind of feel responsible for this. And it didn’t cost me a dime! Taylor has been pumping out some of my favorite books (I’m still recovering from that Injustice 2 Annual) and his writing style just seemed like a natural fit for Spidey. After reading this issue I can say that his voice is indeed a perfect fit for Spidey. The book is a lot of fun, within the continuity of Amazing Spider-Man, as Taylor delivers the one-liners but highlights all the underlining characteristics that make Peter Parker/Spider-Man so fantastic. Stick around for the bonus story too, it’s sure to get people talking, and hits you directly in the feels. 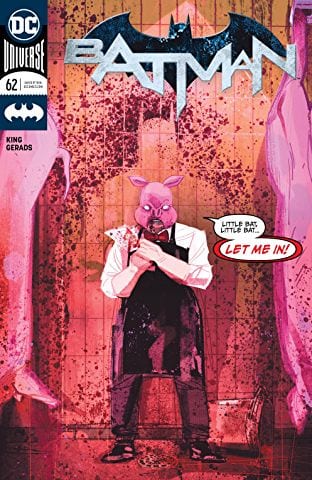 3. Batman #62- Come on, it wouldn’t be a New Comic Book Day without a Tom King book, and Batman #62 is quite the Tom King book. For starters, it welcomes back Mitch Gerads to the title, much to my delight. The last time that King and Gerads worked together was on a little book called Mister Miracle, you may have heard of it, so any time they collaborate then you know you’re in for a treat. Gerads visuals are stunning. There is some truly dark and disturbing stuff in this book, and Gerads nails the atmosphere and the tension. There are some panels that I need hanging up on my apartment wall like yesterday. On the other hand, King takes a deep dive into the mindset of Batman and finally starts to address some of the books bigger issues. The Bane of it all as well as Batman actually confronting the fact that he got left on the alter. All this combines for a twisted book, instantly one of my favorites in this entire run, with a hell of an ending. Issue #62 is haunting and I can’t wait to read it again. I’m having a blast trying to piece together where this “Knightmare” arc is going, and can’t wait to see where this goes next. If Tom King and Mitch Gerads could create comics forever, I’d be a happy man. 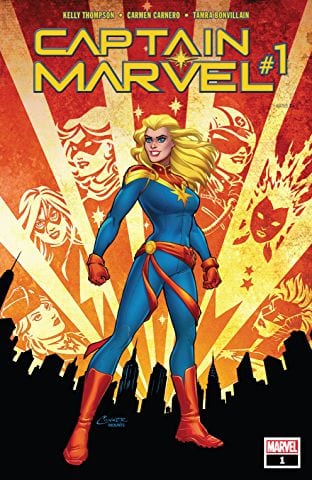 4. Captain Marvel #1- Geeklings, Kelly Thompson is a gem. A. Gem. I can’t even begin to describe how much I love her work. From Hawkeye, starring Kate Bishop, to season one of Jessica Jones, and now Captain Marvel. Kelly Thompson is one of Marvel’s brightest stars and I’m here for all her books. All of them. She might write some of the best dialogue in comics right now and uses it as a tool to showcase tremendous character work. This first issue of Captain Marvel is outstanding. For starters, it’s a fun book. The rhythm and pacing make it an instant page turner as it showcases just how essential to the Marvel Universe Carol Danvers is. Picking up threads from previous Captain Marvel arcs, throwing in a Kraken, guest appearances a plenty, and an ending that’ll make you wish issue two was out tomorrow. The future is bright for both Captain Marvel and Kelly Thompson! 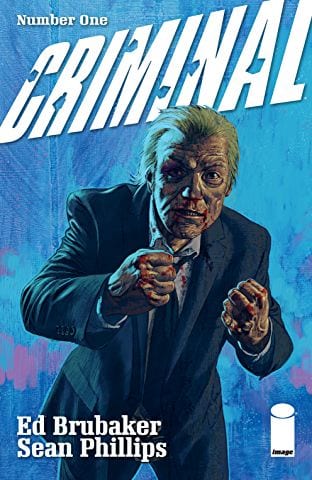 5. Criminal #1– Geeklings, Ed Brubaker and Sean Phillips make incredible comics. In. Cred. Ible. That in no way is an exagerration. If you see their two names attached to a book then you buy that book. It’s that easy. There are zero regrets involved. It’s comic books 101. 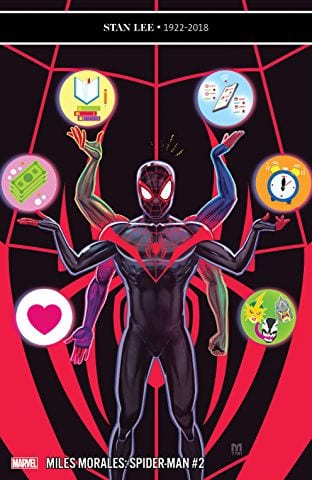 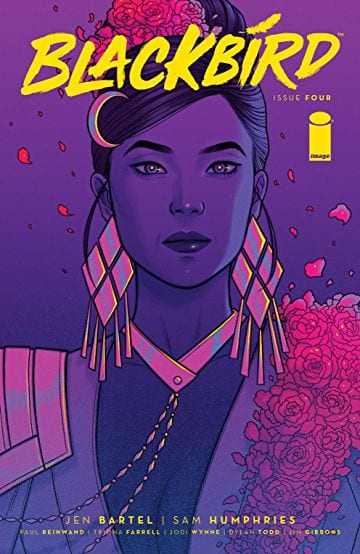 There you have it Geeklings, alllllll the best books to get your mitts on this week. I know that I left plenty of titles, I’m only one person after all, but feel free to mention any books that I left off in the comments. If you’re interested in talking more comics with yours truly then you can throw me a line on Twitter @imgeek32. Don’t be shy. Now if you excuse me, I still have more comics to read and a few more hours of daylight before my eyes get heavy. See you all next week! Happy reading and many huzzahs!