Geeklings, a very Happy New Comic Book Day to you all! How’s everyone doing out there? Endgame is right around the corner and let me tell you, friends… I’m a mess. I have been barely able to focus on anything this week that isn’t MCU related. I am one sleep away and to be honest, I’m not even sure if I’m going to be able to sleep. All I want to do is stay up all night watching Marvel movies, call out sick from work, sleep, watch some more Marvel movies, and then let Endgame ruin me emotionally. I don’t think I’m asking for too much here, am I?

I hope that everyone gets to see it relatively soon and that it stays spoiler free for you. I’m going off the grid after I post this column just to be safe. England, Australia, and China have already seen it so spoilers are floating around. Social media isn’t worth being spoiled. Don’t run the Endgame! Protect your fellow geeks! Whatever it takes…

Luckily today is New Comic Book Day and there’s a new batch of comics to offer a little bit of a reprieve from my Endgame stress. Only slightly though, especially if you read our first book of the week… 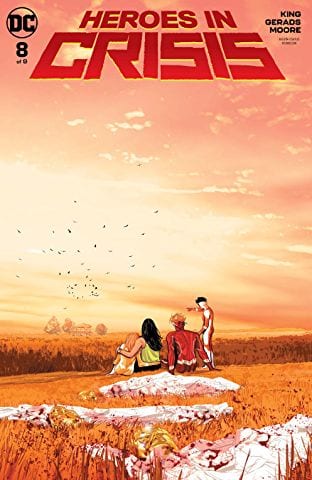 Heroes In Crisis #8- *insert slow deep exhale here* If you were looking for a fun and light distraction from your Endgame stress than Heroes In Crisis #8 is NOT the book for you. Like, at all. But if you’re looking for a captivating story from an author on the top of his game and artists that are just murdering it then please turn your attention here. I know that Tom King has been getting a lot of crap ever since he started this event, and I’ve had some issues with that. For starters, King has proven himself to be an excellent storyteller. His Mister Miracle and Vision runs alone should be proof of that, yet people want to hate because they don’t give a story the chance to breathe. We have yet to hit our final issue but King reveals a ton of information here. A ton of information that is sure to have fans going nuts while feeling a bunch of emotions. Again, I implore you to wait until this story concludes. Tom King understands the characters he’s working with and has shown that he wouldn’t do anything to spit in their faces. Let the man tell his story, be wowed by what you read, and prepare yourself for the finale. Heroes in Crisis is heavy and important. I think we should focus less on being angry and more on trying to understand the narrative here. Not to mention the artwork of Mitch Gerads and Clay Mann cause it’s beautiful and both are on top of their games. 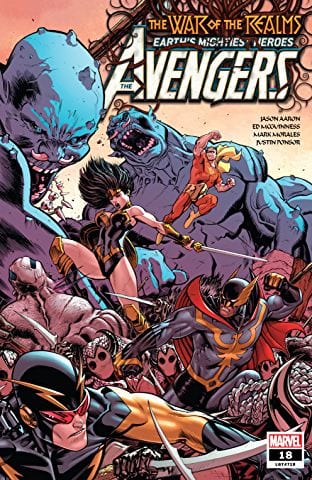 Avengers #18- I really enjoy when comic book companies have an issue of their big movie property come out the same time as the movie. It makes it way easier for fans who are looking for a gateway into comics to go directly into their local comic book shop and pick up an issue. Marvel is doing that this week with the release of Endgame and Avengers #18, but I’m not entirely sure how good of a jumping on point this would be for new readers. The War of the Realms has been ripping through the Marvel Universe, and two issues in, we get Jason Aaron’s first Avengers book. It should feel like War of the Realms 2.5 and I’m all for it. I can’t get enough of this event. It’s clear that Aaron is having the time of his life here, and everything feels important. Issue #18 may not be a great jumping on point for new readers but it’s a most excellent companion for those of us who are all in on War of the Realms. 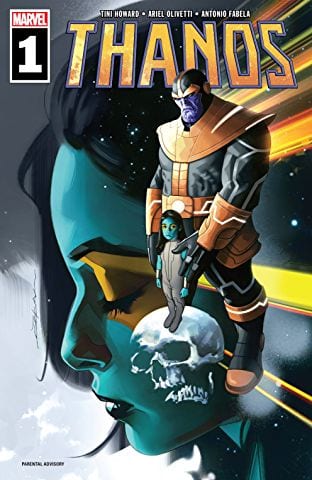 Thanos #1- Thanos is poised to have himself quite the weekend and Marvel again is coinciding a new series with a movie involving the character. The good news is this one kind of syncs up better for newer readers. This book takes a look into the past of Thanos, considering he’s dead right and the Black Order is searching for his head. The head that was cut off by his daughter Gamora. A lot has been going on. Read Donny Cates Guardians book to catch up. This new series though will explore the relationship between the Mad Titan and Gamora from a time where she was a child and forced into this adoption. I honestly am very much looking forward to this book, written by Tini Howard and drawn by Ariel Olivetti. Thanos solo titles have been on a bit of a hot streak and I fully anticipate this mini-series to keep that trend up. There’s something about the Thanos/Gamora that humanizes this monster more than anything else, and when you can add extra depth to a character like Thanos, we all win. 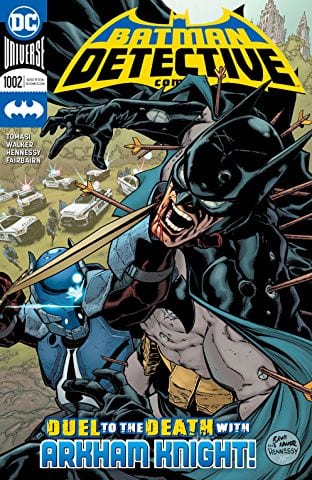 Detective Comics #1002- Who is the Arkham Knight? I don’t’ have that answer for you but if you keep reading Detective Comics you can start to put together the clues and maybe find the answers. You know, like a detective. Like the book title… yeah, I found this to be way funnier than you probably did. Anyway, the Arkham Knight is very much a part of Batman’s life now and things have been brutal for the Caped Crusader. Between this and Bane…man, Batman could use a vacation. Fresh off the video game screen and on to our pages, the Arkham Knight is very real and that’s a major problem for Gotham. 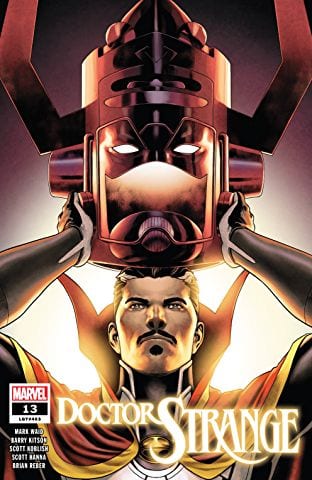 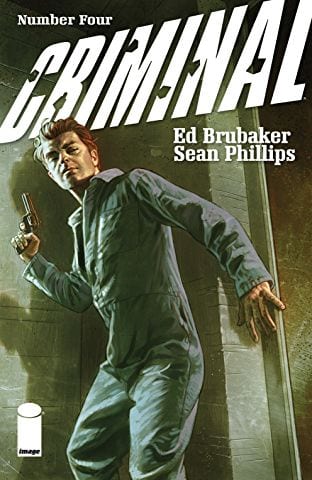 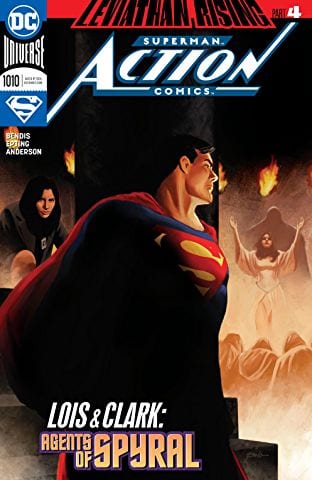 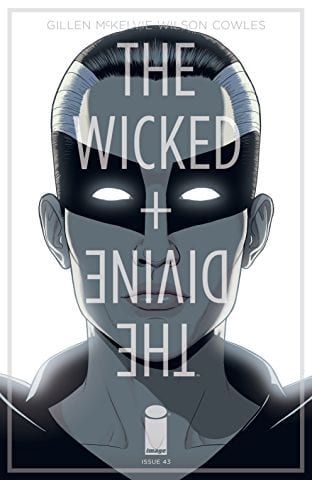 There you have it Geeklings, all the best books to get your mitts on this week. As always, if you feel like I’ve left anything off this week’s Pull List sound off in the comments. If you’d like to further our comics talk you can find yours truly on Twitter @iamgeek32. If I’m slow to respond it’s because I’ve gone dark until I live in a post Endgame world. Speaking of which, I hope everyone enjoys the film and goes in spoiler free and with a rocking crowd. We’ve been patiently waiting for this, it’s our time now. I’ll see you all next week, in the meantime, happy reading and many huzzahs!