I have wanted to write this column for quite some time but the circumstances never felt quite right. I would start and abandoned. Would test my words while drinking with friends but never put those words to paper. But I’ve wanted to. With Endgame coming out tonight, this felt like the right time to broach this subject. Seriously, folks, Endgame is hours away and I’m supposed to be sitting at my desk at work acting like I’m a functioning employee when we all know I’m just a ball of nerves and excitement. Yet, there’s a part of me that can’t fully embrace this excitement, this jubilant childlike joy, until I get something off my chest.

The Snap was not Star Lord’s fault… 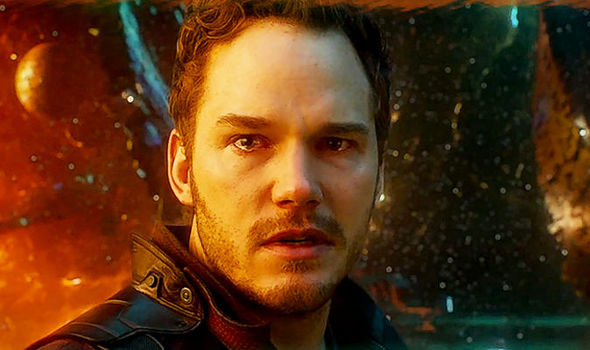 Yeah, a very unpopular opinion but I can’t throw blame at Peter Quill for being human. Well, at least fifty percent human which I imagine is the percentage that decided to punch Thanos in the head continuously when the Infinity Gauntlet was hanging by his fingertips. Just remember the fifty percent of Quill that’s dumb is a hundred percent us. Which means that maybe the bigger statement here is humans are dumb…?

There is little doubt that this is a bad look for Star Lord even I won’t deny that. More like I can’t deny it. The plan, uh I mean, his plan was coming together beautifully. They had Thanos on the ropes. Mantis had him in that sleepish haze, Spidey and Stark were slowly pulling the Gauntlet off his hand, Nebula had just crashed a ship into Thanos, Quill was the hero here. He had put everything into motion for victory, and then #emotions.

Before we start playing the blame game, let’s look at the trajectory of Peter Quill’s story. When we first meet him his mother dies in a hospital and he gets abducted into space without ever being given the opportunity to say goodbye or properly grieve. This comes with the added bonus of constant threats of being eaten by his kidnappers, the Ravagers. That’s a tough childhood. To lose a mother at such an early age will emotionally stint anyone and Peter’s no different as he gets caught up with the wrong crowd and becomes a space hoodlum.

From there he meets the Guardians of the Galaxy and for the first time in his life has something that feels like a family. That’s a win for someone who was kept around because “he was a skinny kid who could sneak into places adults couldn’t”. And just as that family was starting to develop in comes his father. A celestial being who’s true identity is a freakin’ planet. Who, like most dead beat dads, has his own agenda and uses Peter’s need for a father as a manipulation technique to live forever. Dads, right? Then in the heights of his monolguing, he casually reveals that he killed Peter’s mother because #love. Then to further kick Peter in the nuts, he breaks the one gift and psychical representation Peter had of his mother. Ugh.

But wait, it turns out his kidnapper was the father he’d been searching for all along. Yondu may not have been David Hassellhoff but he was Mary Poppins, and was more of a daddy to Quill then Ego ever could have been. Right as Peter makes this grand understanding… Yondu sacrifices himself so Peter can live. That’s two fathers. Dead. In like an hour of each other. That’s a rough way to be for a person who is already suffered such deep emotional scarring.

Good thing the Guardians of the Galaxy were there to help pick up the pieces, especially Gamora. Quill and Gamora had that Sam and Diane thing going on and somewhere in between Guardians of the Galaxy Vol. 2 and Infinity War the two finally became an item. Awesome! Too bad Gamora’s dad wants to wipe out half the galaxy and needs specific information from Gamora. Information so important that she tasks Quill with killing her before she could give it up to the Mad Titan, and when that moment arises Quill tries to do what she asks. Unfortunately, through the Reality Stone and a love for bubbles, Thanos prevents that. The last time Peter Quill sees the love of his life is when he tried to kill her.

Now, with Thanos at his mercy, all Peter Quill wants to know is where Gamora is. That’s it. Only to find out that she’s dead too. Let’s do the math real quick. That’s one dead mom, two dead dads, attempted murder on the woman he loves, only to find that her father threw her off a mountain. With all that in mind can we honestly blame the guy for finally breaking? Sure, he picked the worst possible time to snap like that but that’s what emotions are. It’s not like he would hear the news of Gamora’s death, wait a couple of hours, and then be angry about it. No, Peter Quill is a passionate man who has been hurt time and time again by life and the universe. Yet he still chooses to defend it, but when the universe lets him down yet again… there’s no turning back. Thanos represents all the emotional pain in Peter Quill’s life and in that moment that’s all he can see. Maybe Nebula and Mantis should have waited a second or two before dropping the Gamora is dead bomb.

It’s not fair to shift the blame on them either because in this Thanos situation there is tons of blame to go around. Let’s look at Doctor Strange for a minute. This dude saw every possible outcome with the war against Thanos, and didn’t tell anyone. All he said is that he saw the one possible universe where they win which means, Strange set those actions in motion. If Quill punching Thanos in the face wasn’t a part of that timeline don’t you think Doctor Strange would have stopped him? This is all part of the plan. A plan that has the public turning their backs on Star Lord for doing things that Doctor Strange had set into motion. Does that sound fair? No, it doesn’t.

Don’t think for a minute that Tony Stark is blameless here either. Sure he looks innocent because he was trying to remove the Gauntlet from Thanos’s hand but when you think about it, like really think about it, isn’t everything that’s gone wrong within the MCU Stark’s fault? Let’s break it down for a minute. His weapons almost killed Quicksilver and Scarlet Witch forcing them down a path to get manipulated by Hydra and injected with powers. One ends up dead and the other an Avenger. Ultron. That didn’t work at all and cost the world an entire city. Civil War. Maybe if Tony had thought things through, listened to Cap, and took some time the Avengers wouldn’t have broken up like The Beatles. He essentially agrees with Cap in the end… up until the point where he learns Bucky killed his parents. And the events of The Avengers? Tony Stark throws a nuke at the aliens Thanos uses to conquer planets. That event put a bullseye on earth and its mightiest heroes. At some point here we’re going to have to view Tony Stark as the problem.

Can’t forget Thor either. My man should have aimed for the head.

The point I’m trying to make here is that yes, Peter Quill made a mistake. He acted impulsively because of his emotions and it cost the universe a great deal. Even with that in mind, The Snap isn’t his fault. Quill didn’t give Thanos the Time Stone, Strange did. Quill didn’t thrust an ax into Thanos’s chest. Thor did. There is blame to go around so why don’t we ease off Star Lord a bit. I think he’s been through enough.