I like to liken my fandoms to the Chappelle character, Tyrone Biggums. Now I know there is a whole generation who might not know what the Chappelle Show is, and it hurts my heart something fiercely, but I like to believe that Chappelle’s resurfacing in standup has pointed a lot of new fans toward this classic sketch comedy show. I refuse to believe that there is a whole generation who won’t live through the Rick James episode. Flat out refuse! 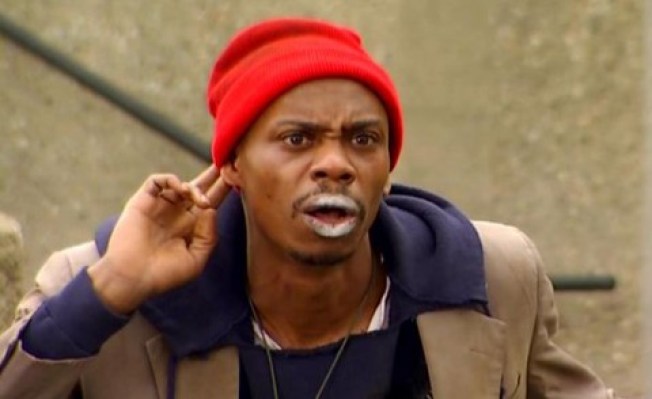 Those of you who do remember the show will know Tyrone as the white-lipped, neck scratching, crackhead character.  Already I’m not painting my fandom in a “bright” light I suppose but it’s also not wrong. Instead of crack, I’m sitting here wondering if “you got any more of those (insert current pop culture obsession here)”. Today’s “current pop culture obsession” would be Stranger Things. Hell, it’s kind of been the obsession for the majority of this back half of 2019.

Let’s be honest, I’ve been sitting here, as patiently as humanly possible I might add, since July 7th waiting for the season four announcement. I mean, duh, it was obviously going to happen but I needed the confirmation. I’m a simple man who needs immediate answers people. At no point did I think Netflix wouldn’t renew Stranger Things, it’s their cash cow which I’m sure they’d love to live on for ten seasons if possible. Got to compete with these other streaming services somehow, but the Duffer Brothers have had other ideas. It has been long rumored that our friends from Hawkins would only be hanging around for four or five seasons before riding into the big Upside Down in the sky. All of which makes the season four announcement interesting.

Television shows aren’t shy about announcing final seasons. In fact, they often times beat you over the head with the news. Networks love it because it brings eyes to their stations allowing them to pimp other shows that they hope will turn you into Tyrone Biggums while getting the ratings boost for the first and final episodes of the season… at the very least. The way season three of Stranger Things ended, I strongly believed that we would be heading into our final hurrah with Hawkins, but that doesn’t seem to be the case. Nowhere in this announcement did Netflix bludgeon us with the “final season” tag, something they already attached to BoJack Horseman last week, setting up what could possibly be two more seasons of Stranger Things. I’m all for it too as long as the Duffer Brothers continue to tell their story and don’t comprise it for the sake of drawing in new subscribers to Netflix. Ending on their terms is key and I hope that this is part of the plan.

What could help is the change of scenery that the trailer is promising. Yes, “we’re not in Hawkins anymore” clearly is used to mirror the Wizard of Oz but it also sets the tone, quite early at that, for what to expect in this upcoming fourth season. I love Hawkins. I feel as home there as I do in Derry or Albuquerque, New Mexico or the beach from LOST but one thing we haven’t fully explored yet is the Upside Down. Throughout these three seasons, we’ve only truly had glimpses of this mirror world. Season three barely even visited the Upside Down at all outside of a Billy doppelganger conversation. If season four wants to take us into the thick of it, I’m here for it. I think it’s time we get a better understanding of what we’re battling. Is this a future version of our world? A parallel universe? A failed science experiment? Season three provided some motives for the Mind Flayer now let’s open his home base up.

There could be another reason why we spend the majority of our season four time in the Upside Down though, and that reason could be Jim Hopper. Yes, I’m perfectly aware that season three ends with the death of Hopper. But I go to the George RR Martin school of things, if I don’t see it happen I don’t believe it. I never saw Hop dissolve into particles like I did those Russian spies which kind of negates the lovely voice over kiss of death used to close the season. Usually, when a dead character is used to end a season out with a voice-over it means that he/she is really gone, and the “leave the door open three inches” speech was quite the doozy. It resonated in a similar way to “I love you 3000” for some of us. I cried… like a baby. Might have even heaved a shoulder or two. But I still don’t buy it. There’s no way Hop is dying without getting his date with Joyce. He’s like Captain America waiting for his dance. And while some of you think he’s waiting as the “American” in Russia, I have other thoughts. Mainly that the American is Doctor Brenner but we can leave that for another day.

I have been telling anyone who would listen to my Tweets, Facebook messages, or sober/drunken ramblings that Jim Hopper is not dead or in Russia… he’s in the Upside Down. It makes no sense for him to be in Russia. We have not experienced teleportation in Stranger Things as of yet and it looks like all the Russians in Hawkins are either dead or arrested. There’s no way they smuggled Hop out without being noticed. Look at him, someone would have noticed that mustache being smuggled out. Instead, is it out of the realm of possibility to believe that Hopper jumped into the gap before the machine went all kablooey?! This would keep him not only alive but stranded in the Upside Down with no way home. He’d be like Robin Williams in Jumanji, slowly going mad while everyone else moved on with their lives. What would one even eat in the Upside Down to survive? We have yet to discover the debility of demodogs.

This is Hop though, he can’t stay there forever. Hawkins needs him. Luckily Will has a connection to the Upside Down still and who better to share his dreams/visions/goose pimples with then his adopted sister, Eleven? Then the search for Eleven’s powers begins as the gang tries to breach the Upside Down, free Hop, and go to war with the Mind Flayer and probably Russia. Those guys have all the Demogorgon access currently and the tag at the end of the season shows that they aren’t going anywhere anytime soon. It is the ‘80s after all.

If this is indeed the case, then the Upside Down makes for a great setting for season four- Stranger Things 4- The Search For Hop. Let’s bring that big bastard home.

…but could there be more?

Stranger Things recently changed their profile picture on all its socials and I’m trying not to come at this like a tween who saw their bestie change their profile pic with one that excluded me, but this change raised some eyebrows. For starters, it’s a clock… a clock in the Upside Down as a matter of fact. And sure, this could have been teasing the season four announcement but what if there’s something larger being said here. Remember that they hyped the season three trailer using the clock in the mall as a teaser image.  The internet believes that the time that the clock is displaying is 12:15ish which some might believe could be a date (December 15th-ish) teasing a possible holiday special which would serve as an awesome bridge to season four. Something like, the gang celebrating the holidays, we know that Eleven and Mike are set to get together which now seems like an interesting little factoid, only of Santa coming down the chimney it’s Hop sending Upside Down SOSes. Thus giving us the only Christmas gift that matters.

Either way, season four of Stranger Things is coming and it certainly looks like it’s going to turn our worlds… upside down. Yep, nailed it. Let the speculation begin!