Geeklings, I have returned after a very successful, very exhausting, two day New York Comic Con adventure. Much fun was had but let me tell you, those two days really take a toll on the body. Nothing but walking and geeking out mixed in with waking up early… I’m starting to believe that I need extra vacation days to recover from my NYCC vacation. I suppose that this is what athletes in their late 30’s feel like after a game. Except for Tom Brady who sleeps in some sort of stranger hypersleep chamber allowing his body to de-age back to his late 20’s until the next game. Or upside down after drinking the blood of the virgins supplied to him by the losing team. Maybe both…?

So, how was NYCC? It was awesome. We really try to cram in the most with our two days and this year was no exception. I got interviewed by the CW for something that will air during the Crisis on Infinite Earths event in a couple of months. Saw the first episode of Watchmen and while we can’t comment on it just yet, I can say “wow”. Let’s see what else, met Brian K Vaughan, walked the floor, bought some swag, tested my vertical jump for the NBA, investigated the El Camino crime scene, took tons of pictures, saw the X-Men panel, traveled down Artist Alley, and so much more I’m forgetting.  Now the long wait for next year begins.

While we’re waiting though, what do you guys say we start to get ready for this week? Because it’s a big one. Up until late last night, or early this morning depending on when you saw item two, there was only one thing that mattered but now we’ve got two. Two things may not sound like a lot for the Week In Geek but when it’s two things of this magnitude… well, it makes it a can’t miss.

Let’s get things started with… 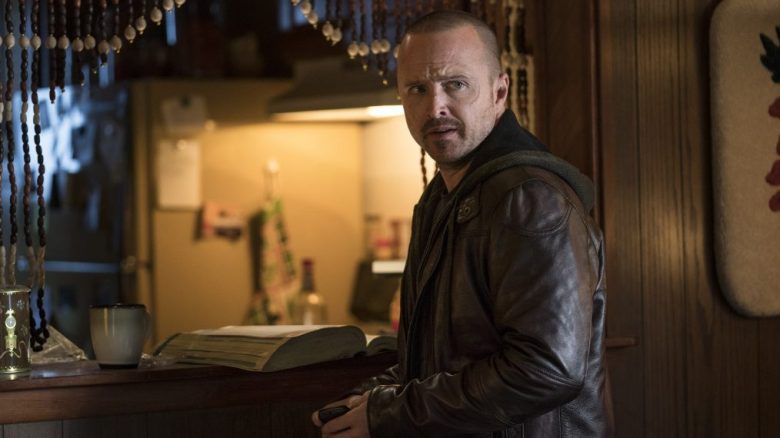 El Camino: A Breaking Bad Movie- I can’t believe it’s finally here or will be on Friday. El Camino, the sequel to Breaking Bad following what happens next for Jesse Pinkman once he drives off the neo-Nazi meth compound. With three episodes left in my massive Breaking Bad re-watch binge, I know that my soul is ready. My body is ready. But my heart trembles. I’m afraid. If this re-watching of Breaking Bad has shown me anything it’s that things don’t always go swimmingly for Jesse Pinkman, and I worry that El Camino could be more of the same. With the ending of Breaking Bad being damn near perfect and Better Call Saul being more than a spinoff, I am fully confident in Vince Gilligan and his ability to tell a poignant story that doesn’t seem like a cash grab but a furthering of the narrative. If anything, Gilligan is loyal to his story and its characters and if El Camino was made then it’s clear that he had more to say here. And I’m all for it. I’ve missed Jesse Pinkman. I’ve shed tears for Jesse Pinkman. And now I’ll know what happens next for Jesse Pinkman. Speaking candidly Jesse has long been my favorite character of the series and with the movie, on the horizon, I find myself quite nervous about the outcome. It was one thing where I could theorize that Jesse would hightail it to Mexico, or Alaska, with Brock in toe, but I’m starting to believe that that might not be in the cards here. I do know this though, live or die, I just want Jesse to be at peace. His whole existence in the Breaking Bad universe has been heartbreak, manipulation, and torture. Why should El Camino be any different? But here we are in 2019, in a world where I never thought I’d see Jesse Pinkman again, nor get closure to his story, it’s all I can think about right now.

Also, be sure to stick with I Am Geek as most of this week’s columns will be centered on the upcoming El Camino and ending in a movie review. Exciting, stressful, times ahead!

Rick and Morty season 4 trailer- Finally! We were long overdue for our first look at season four of Rick and Morty and either in the wee hours of last night, while I was struggling to stay awake to Mr. Robot, or the early hours of this morning, when I chose to sleep instead of workout, we got our first trailer. I have to say, it’s good to see these two space misfits again. I’ve missed them. I found it interesting that the trailer made a point to say that the first five episodes of the season would be starting November 10th making me believe that we might have a season split here like the upcoming BoJack Horseman. If it makes it feel like we’re getting more Rick and Morty then we actually are then I’m all for it. I’m also all for the callbacks to earlier seasons in this trailer as we get to see Mr. Poopy Butthole kick some ass, more of the Meeseeks, and Gearhead. But most of all, we get more biting Rick, more anxious Morty, and a whole lot of bonkers action. November 10th can’t get here soon enough!

There you have it Geeklings, everything you should be looking forward to this week. What has you the most excited? As always, feel free to let me know in the comments or throw me a line on Twitter @iamgeek32. In the meantime, I’ve got a Breaking Bad re-watch to finish and some El Camino themed columns to write. I hope you’re as excited about this as I am. It’s going to be one kickass week!