What’s the definition of lazy? Trying to write a column for this site and hitting a wall so I just recycle today’s Pull List column from Fan Fest News. Sorry, but for those of your who don’t follow me on Fan Fest this is something you haven’t read yet. Yaaaaaaaay

I feel like talking about comic books which must mean two things. Today is Wednesday (New Comic Book Day!) and this is the Pull List. What a great way to celebrate the middle of the week. It’s almost like the comic gods have smiled upon us and made the back half of the work week less sucky. Let us celebrate their greatness as we discuss this week’s best books.

1. Hawkeye #1- I don’t know if you guys know this buuuuuuut I’m a huge fan of Matt Fraction’s Hawkeye As a matter of fact I would go so far as to say that it’s one of my favorite comics of all time. That’s right. All time. So, you can count me as one of those excited to see Kate Bishop get her first ongoing series picking up story threads from Fraction’s run. I thought Bishop brought a great dynamic to Clint and the issues that concerned her being a P.I. out on the west coast were some of my favorites. I’m not saying I expect this series to be on the same level as Fraction’s run but Bishop is a great character who brings a lot of humor and unexpected heart to her stories, and I am excited to see her get her moment in the spot light. Who knows, maybe this could lead to a run in the Champions or some Avenger group (there’s like a million of them now). 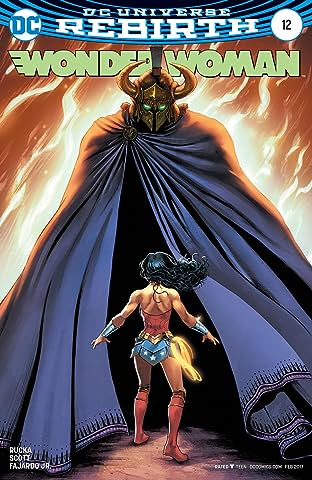 2. Wonder Woman Rebirth #12– Shut up and read this already. Seriously. Just because the UN doesn’t think Wonder Woman is fit to be a part of their group doesn’t mean you should be excluding her. Last issue saw the wrapping of a major story arc and this issue looks to deal with the fallout while raising new questions of its own. Seriously this is one of, if not, the best Rebirth book out there and you’re really doing yourself a disservice by not reading it. You can thank me later. 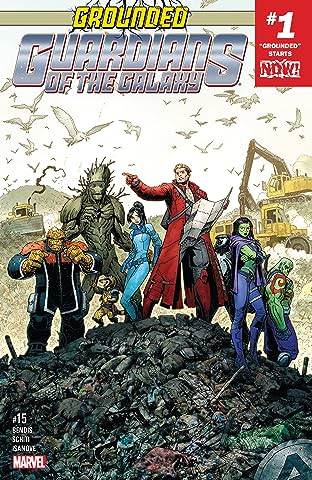 3. Guardians of the Galaxy #1– And thus begins the beginning of the end of Brian Michael Bendis’s run on Guardians of the Galaxy. I for one have enjoyed it for the most part but there has been some issues and arcs that may have over stayed their welcome. And while Bendis has one more story to tell, I think some fresh blood could be good for the series. Picking up from Civil War II the Guardians find themselves stranded on Earth and divided like never before. The name of this arc is “Grounded” so expect to see how these characters deal with the fact that they’re stuck on a planet without a ship. Can the group heal and find a way to become space pirates again? I’m sure they will, but the bigger question will be what members decide to reform the team and what members choose to go their own ways? Can Star Lord and Kity Pryde survive this? While I love their relationship I’m doubtful. Very much looking forward to this one. 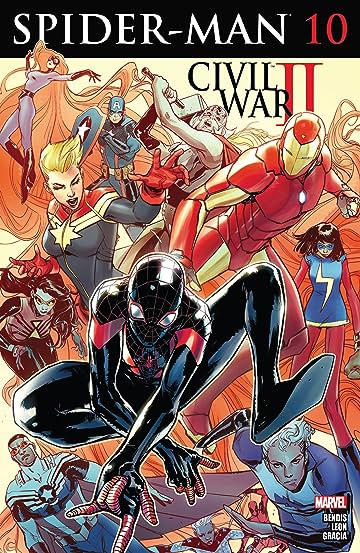 4. Spider-Man #10– Ugh, another Civil War II tie-in (won’t this thing ever end?!), and while I’m completely over this event I have enjoyed the Spider-Man tie-ins (as well as the Ms. Marvel ones) very much. Of course I could be a bit biased because I love the character buuuuut it also helps when the book is excellently written and the character development is fantastic. Last issue had all of the side characters in Miles’s universe searching for him after news broke that he would be the one to kill Captain America (and if he keeps messing around with Hydra then maybe he deserves it… what?! I’m just saying what you’re thinking) and it was excellent. It’s not easy to make a book awesome when the title character doesn’t show up until the last panel but Bendis nailed it as we learned that Miles’s father is still working for S.H.I.E.L.D., as well as just how much Miles has resonated with these characters. I fully expect this issue to pick up with Miles on the steps of the Capital, and while it’s redundant, I don’t mind reliving it because this comic is so compelling. 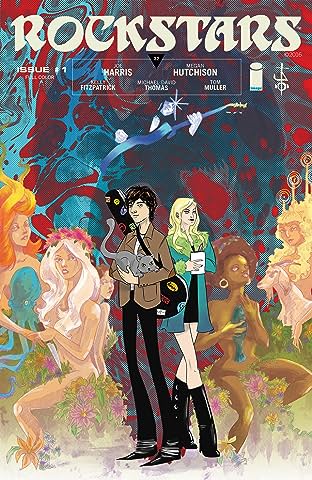 5. Rockstar #1– A bunch of dead groupies. A music nerd. And a music writer who wants to write about crime. Plus there’s a cat. As a music nerd myself, Rockstar seems to be the type of comic I’ve been waiting for. How could the marriage of music and comics go wrong? Ooooooooh, I wonder if there will be playlist suggestions within the pages. If you’ll excuse me I need to download this kind of immediately. 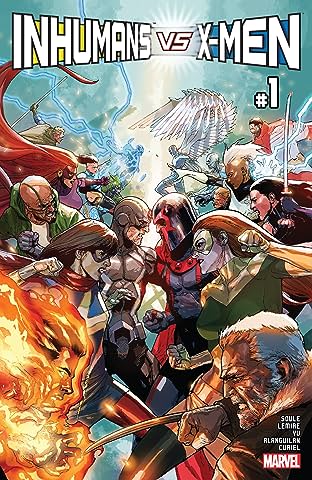 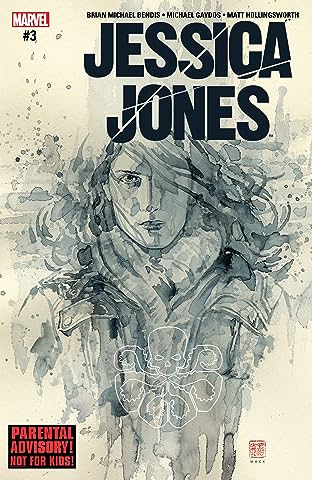 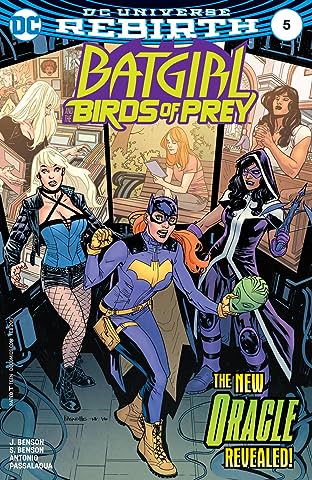 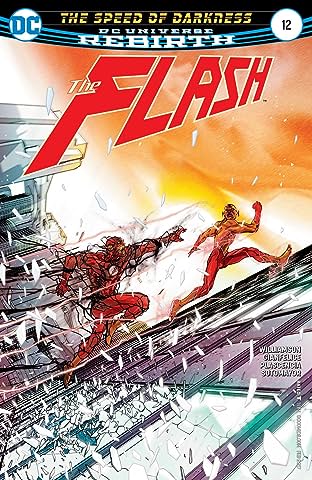 *Bonus Book* Favorite Cover of the Week (should I make this a weekly thing? Thoughts appreciated) Flash #12

There you have it Geeklings! These are the books you should be feasting your eyes upon. Did I leave anything off? If so you know the drill. Sound off in the comments below or you can find me on Twitter @iamgeek32. I’m always looking to talk comics with my fellow Geeklings. Happy reading!

Images from Marvel, DC, and Image