You know Geeklings, there are days where the energy levels just aren’t where I want them to be. Sometimes I have to will myself to write, and that’s okay. Part of the process is making sure that I write as many times a week as possible, and I know statistically not all of those posts are going to be gems. It happens, but I still wrote something. I woke up today seriously dragging ass. I fell asleep reading in bed last night, I had no idea Gandolf the Kindle could get so heavy, or maybe it was just my eyes, and woke up disheveled and with the lights on which meant I had to get out of bed and turn them off. It was awful. Then this morning I had quite the party with the snooze button Long story short, I’m tired.

Days like that my immediate thought is, “oh crap, how am I going to get something written today?” Which means I spend a good portion of the day hoping that something big in pop culture happens so I can write about that and not actually have to think of something. This wasn’t a problem today though as Eric Landro (I Am Geek contributor extraordinar) had just finished writing a piece about the rise and fall of M. Night Shyamalan thus bailing my brain out for a night. Which means I can focus on reading my book (so behind this month) and watching The Flash with my sister and niece (hehehehe).

For the rest of you, it’s a really good column filled with spoilers, including his most recent film Split, so be weary. Those of you who are up to speed or don’t mind being spoiled by all means enjoy this. It’s a solid read. Eric put some serious work in and we’re always glad to have him here on I Am Geek.

See everyone back tomorrow for a new Today in Awesome Comic Book Images. Many huzzahs! (Thanks again Eric)

In the summer of 1999, The Sixth Sense came out in theaters and took the entire world by surprise. This twist ending has been regarded as one of the greatest (come on, THE greatest) reveals in cinematic history. There had been many movies before and after The Sixth Sense that successfully pulled off great twist endings (The Usual Suspects (1995), Primal Fear (1996), Fight Club (1999), Saw (2004)), but not one of these terrific directors was able to accomplish what M. Night Shyamalan accomplished with his magnum opus.

Fast forward to his latest movie Split (2017), 18 years, 7 movies, and almost his career later, which has garnered many positive reviews, critical acclaim for James McAvoy, and a resurgence in the name M. Night Shyamalan. I left the theater feeling shocked, awed and an excitement I haven’t felt in years after seeing a Shyamalan flick.

It is old news that the man’s career plummeted after the success of The Sixth Sense, but it makes you wonder, why? How could a man destined to be the next Alfred Hitchcock crash so badly? Well, it dawned on me after watching Split, and it’s actually quite simple.

When you look at the movie The Sixth Sense, you can literally take out the twist at the end and finish the movie with Cole telling his mom about her mother. You can end there, and you still have a great movie. I’ll do you one better. You can even take that out, and end it when Cole says goodbye to Malcolm after the play. Cole becomes okay with helping the dead and Malcolm has successfully done his job, end movie. The twist of The Sixth Sense didn’t make the movie, it made it an even better movie. That is a big difference.

(But it really was phenomenal let’s watch it again shall we?)

The Sixth Sense has an ending you can’t top, and he became obsessed with topping it. It became about the twist, and because of that, the story before it suffered. For example, the movie Signs (2002) had so much potential. It had real scary moments, using vintage Shyamalan camera angles and having a less-is-more mentality when showing the aliens. However, the aliens were defeated by using water. Yes, water. So, logically, an alien race that can only be defeated by the use of water, tries to inhabit a planet that is 71% covered by water. I have a lot of trouble looking past that.

Let’s go two years later to a little movie called The Village (2004). We are lead to believe that the entire film takes place in the 1800s, when ultimately it is revealed that the film actually takes place in modern times and it’s a closed society in the wilderness. That’s as insultingly bad as it all being just a dream, which in hindsight, may have been more enjoyable.

Shyamalan stopped dancing the twist and tried just making films he wanted to make. He followed with Lady in the Water (2006), The Happening (2008) and The Last Airbender (2010), with the latter making thousands of the show’s fans go completely crazy with anger. It is widely regarded as one of the worst films ever made, sporting a 6% rating on Rotten Tomatoes. 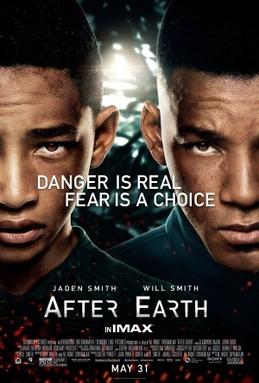 His next film was After Earth (2013), which told the real story about his career plummet. This was the first time his name wasn’t used to sell the movie. Usually, the name M. Night Shyamalan carried weight in Hollywood, having the posters spell his name in big, bold fonts on top or under the title, sometimes even overshadowing the actual title. It also didn’t help that the film garners an 11% on Rotten Tomatoes, further proving that this was rock bottom for M. Night Shyamalan, and it was at this point where his career was nearing an end.

But, it is now 2017, and M. Night Shyamalan has had a sudden jolt of success thanks to his newest creation Split. The main reason why the movie worked so well was that it wasn’t reliant on the big twist at the end. If you cut out the diner scene at the end of the film, you have yourself a very good thriller. It was carried by James McAvoy’s captivating performance(s?), but the movie oozed classic Shyamalan direction. He was able to blend supernatural and reality effortlessly, as he did in The Sixth Sense and Unbreakable (2000). Even at the end, when McAvoy transformed into “The Hoard”, the transition from diagnosable patient to super villain still stayed under the “umbrella” of reality. Maintaining that reality was a real strength of the film and that’s a feat not many filmmakers can accomplish.

That being said, the ending did elevate an already good movie, to a great movie. What made it even more special was that only people who have seen Unbreakable were able to truly enjoy the big reveal, making others confused. I have also heard people complaining that the end scene lacked originality, jumping on the coattails of the Marvel Cinematic Universe. I couldn’t care less. For him to go back 17 years and tie his movie to one of his earlier works was absolutely unexpected and left me speechless. People just need to complain these days.

Split wasn’t defined by the Unbreakable tie-in, it was defined by the story. He went back to his roots, and gave us an extraordinary film. If he continues to put less emphasis on the end and focus on the story-telling, I think he will go on a run of films that will shock the world. Welcome back M. Night Shyamalan, don’t let us down.

2 thoughts on “The Return of M. Night Shyamalan”