Geeklings, have you missed me? I took a light week last week in order to pimp the podcast properly as well as emotionally recover from the Dark Tower movie. For those of you who are wondering how that went… well, I have thoughts. If you follow me on social media you probably saw some immediate reaction but I’ve had more time to digest and not a whole lot has changed. I’d like to get to my “review” of the film at some point this week. Not making any promises as I’ve got a lot going on that’ll get into as the week progresses. Nothing bad I assure you but some things that are going to slow down the writing process this weekend.

Any who, we’ll get there. Today is Monday and Monday brings with it a new Week In Geek. I don’t know about you guys but I’m still recovering from last night’s Game of Thrones which was effin auh-mazing. I have to go home tonight and watch Preacher but I’m torn between watching the final twenty minutes and re-watching last night’s Rick and Morty. My life is complex.

Let’s break down this week, shall we?

1. Kevin Conroy reads Dark Knight speech- One of the biggest debates in comic book movies is who makes the best Batman. There are some who will say that it’s Christian Bale while others go with Michael Keaton, and there are a few people who say George Clooney by they’ve got nipple fetishes mostly. One name that needs to be brought up more, besides by us super geeky fanboys, is Kevin Conroy who has played Batman more than anyone else. Yes, it’s in animated form but there is no denying the distinct nature of Conroy’s voice. His Batman has weight and that’s why his recent reading of the speech at the end of the Dark Knight is everything you’ve deserved as a Batman fan. Just sit back, close your eyes, and listen to the voice of Batman deliver one of the Caped Crusaders best speeches.

2. Cable in Deadpool 2– Another Monday and more Deadpool 2 images to drool over. If you recall last Monday we got our first glimpse of Domino (and apparently there was some serious backlash from an ignorant section of the interwebs over that) and today, a week later, we finally get to see what Josh Brolin looks like as Cable. My friends, it does not disappoint. Deadpool 2 has been able to capture the spirit of the comic while also making him a little more modern. And for you die hard X-Men fans, if you notice there’s a teddy bear attached to his leg could it be because of Hope Summers? That’s what my mind went to immediately and suddenly there was even more, glee in my heart over this image. Could this be a possible story line for the X-Force movie?

3. Guardians of the Galaxy Vol. 2 Digital Release- This one is a really easy sell. Guardians Vol. 2 is out tomorrow on digital to be watched over and over and over again. I’m already looking forward to putting this on constant rotation because as of right now all I’ve been doing is watching Rick and Morty episodes on the regular. Plus, with the release, we get such gems as this amazing disco video. It’ll be good to see everyone’s space outlaws again especially Baby Groot.

4. Mr. Mercedes television show- I mentioned this in last weeks Week In Geek and who would’ve known that I was a week early. I was really just trying to let you guys know it was coming as I just saw the trailer a few days prior. Well, I hoped you watched because the show starts on Wednesday. It has to be better than the Dark Tower. So far the Year of Stephen King has been 0 for 2 thus far so I’ll be pulling for Mr. Mercedes to pick up some of the slack. 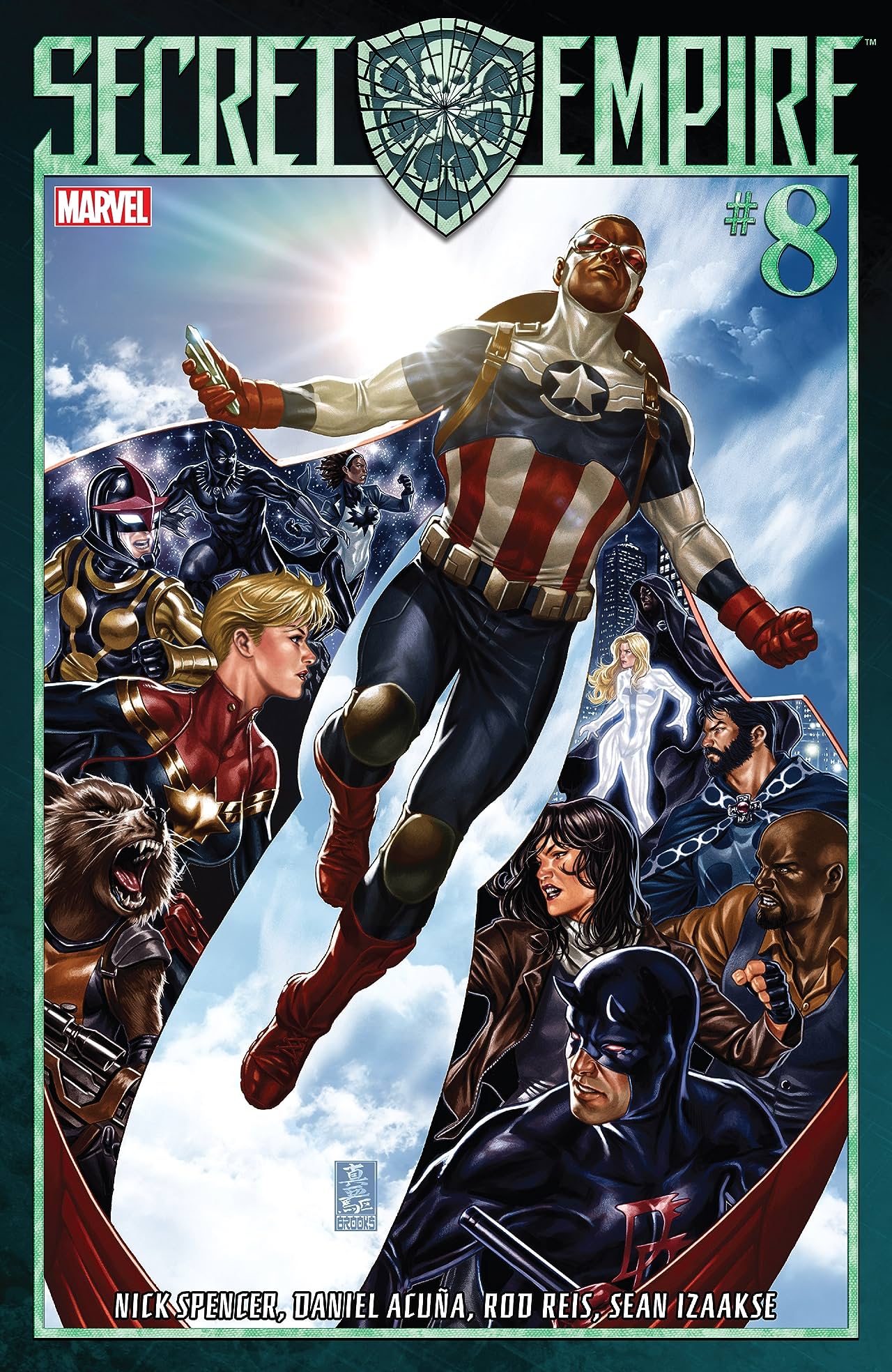 5. Secret Empire #8– Last issue was amazing and really tied in about ten years worth of Marvel story telling. I have made no secret about how much I’ve been loving this series. Very much looking forward to where we go from here as issue seven ended with some stuff. Seriously, I can’t get into things without spoiling but I need to know if a certain character is actually dead and if a certain Captain America is what the resistance needs. I’ve said too much.