Geeklings, a very Happy New Comic Book Day to you all! For those of you who are wondering, yes I’m still on vacation and yes it is still glorious. I’ve spent a lot of time relaxing and recharging the ole brain, playing God of War (and holy crap is that game tremendous), and catching up on comic books… naturally. I’m almost, almost, caught up on everything at this point and after a binge reading session tonight I should be kind of square. Hopefully. The beauty of comics is there are always new things to read, and I’m a sucker for finding new series to jump into. While my wallet may try and talk me out of me my heart is all for it.

Enough about me though, how are you guys? I don’t expect you to have been on vacation for two weeks, but if you have been good for you (!), but what’s new and exciting? I hope my Geeklings are swell and enjoying their summers. And if things are kind of in one of those “meh life” stages then I hope that the Pull List can give you a moment or two of relief. Cause isn’t that what we’re chasing? Those little moments that make us happy?

Little moments that can be found in the pages of something like comic books! This week’s Pull List is here to provide you with all the best “little moments” of the week and some of those little moments aren’t so little. Ooooooooooh, how about that for a teaser? On with the books! 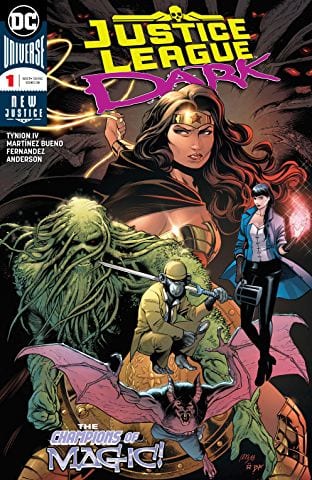 1. Justice League Dark #1- DC has spent a lot of time this summer kind of giving their Justice League books a bit of a facelift across the board, and the results have been met pretty positive. We have a number of new creative teams, a number of new titles, and a bunch of new teams, and no more interesting than Justice League Dark which sees its first issue drop today. Coming out of the pages of Justice League: No Justice comes the team of Wonder Woman, Swamp Thing, Man-Bat, Detective Chimp, and Zatanna as they look to battle a group of ancient beings who believe that the Earth’s magic belongs to them. Penned by James Tynion IV, who killed it on Detective Comics, Justice League Dark looks to be a lot of fun with an unorthodox team. You have my attention DC. 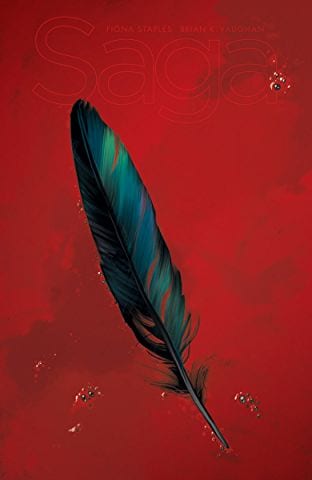 2. Saga #54- Ugh, this book has me torn. On the one hand, it’s a new issue of Saga and that alone is enough to get excited about. On the other hand, though, this will be the last issue of Saga for a year. A. Year. That is something I am not ready for. Not even a little bit. Issue #53 had one hell of an ending that saw The Will kind of re-establish the fact that he’s a bit of a badass and gave us a shocker of a death, what could issue #54 possibly have in store for us? Clearly, there will be fallout from The Will’s actions and the last time we saw Alana she was getting shot out of the sky which was all types of worrisome. I anticipate this issue ending on a bit of a cliffhanger making that year wait for issue #55 even more brutal. 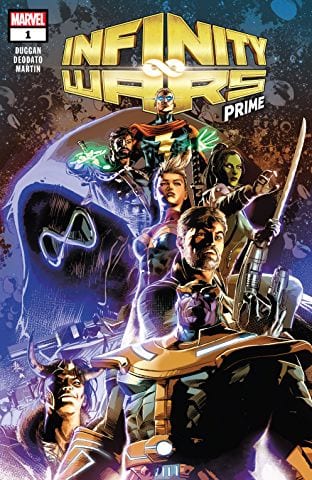 3. Infinity Wars Prime #1– Last week we saw the conclusion of Infinity War Countdown and this week is the last preface issue before we head into Marvel’s Infinity Wars, and man does this issue have some impact. Like for serious. I won’t even hint at what to expect but come the end of this issue I suspect a number of you will have to pick your jaws off the floor. That’s what I did. Doctor Strange has called a meeting for everyone who owns an Infinity Stone to meet and of course, there are forces out there who are just buying their time waiting for the Stones to gather. You know, forces like Thanos. No big deal, right? Outside of that Loki is playing at something pretty big here and Adam Warlock has been working with Kang… yeah, there are a lot of moving pieces here. Based on the ending here Infinity Wars looks like it’s going to be bonkers and I’m all for it. Don’t be spoiled, give this issue a read immediately. 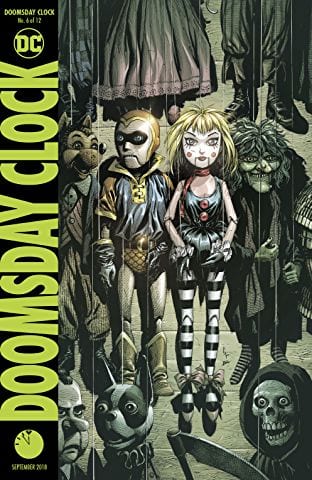 4. Doomsday Clock #6– Doomsday Clock hits the halfway mark this week and I hope you guys aren’t sleeping on it. This book has been outstanding, and yes, the delays have been a pain but when the content has been this tremendous it’s almost worth it. The worst thing that could happen here is if Geoff Johns and Gary Frank just slapped together a book, and the two of them know it. They are carefully telling a story that has heavy implications for both the DC Universe and The Watchmen Universe, and each panel has been a treat. It’s been a blast seeing these worlds intersect and right now in the story we’re at a point where the Joker finally is coming face to face with the Mime and the Marionette (two breakout characters of the series thus far) with a captured Batman. For a series that is centered around Doctor Manhattan, we have seen very little of him thus far. Could this be the issue where he makes his presence known? 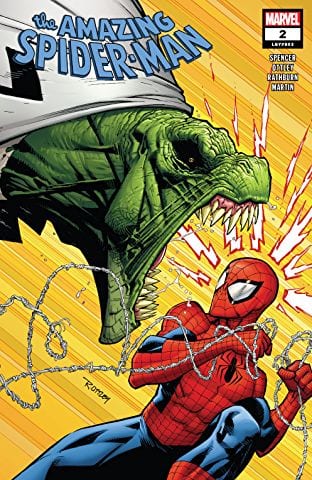 5. Amazaing Spider-Man #2– Nick Spencer’s Amazing Spider-Man issue #1 was one of my favorite issues of the year and I’m aware that that’s saying a lot. Yes, I’m a little biased because Spider-Man has been my favorite superhero since I was a kid, but this was everything I had been looking for a Spidey book for quite some time. It brought Peter Parker down to a more recognizable level and was just fun. Ryan Ottley’s art is stunning and Spencer has injected a new/familiar tone to ole Web Head. I can’t wait to read what comes next. 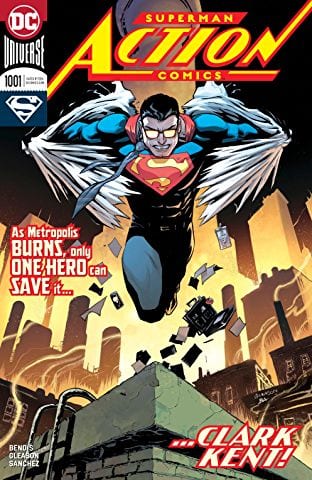 There you have it Geeklings, all the best books to get your grubby little mitts on. As always, if you feel like I’ve left any books off sound off in the comments and let me know. I always want to hear what you’re reading. If you’d like to talk more comics with yours truly you can find me on the Twitter @iamgeek32. Until next week my friends, happy reading and many huzzahs!