Geeklings, a very Happy New Comic Book Day to you all! On this Wednesday, October 17th, we give thanks to the Comic Gods for bestowing another fantastic bounty of new books upon us. Cause what would Wednesday be without new comics? I’ll tell you Geeklings, it would be any other weekday and we’ve already got plenty of those.

With the week now at the halfway mark and filled with the awesome of new comics, how is everyone doing out there? Gearing up for the weekend binge session with the new season of Daredevil? Yeah, me too. It feels like it’s been so long since we last saw Matt Murdock, end of The Defenders as a matter of fact, and I’m anxious to see how he builds himself back up with Bullseye and the Kingpin back in the picture. Plus, who are we kidding, I need to see that latest tracking shot fight. Those are worth the price of admission alone.

You guys ready to talk some comics? There are some gems out this week that I know you guys are going to want to know about as you figure out what to spend your hard-earned adult dollars on. So without further delay let’s jump into this week’s Pull List! 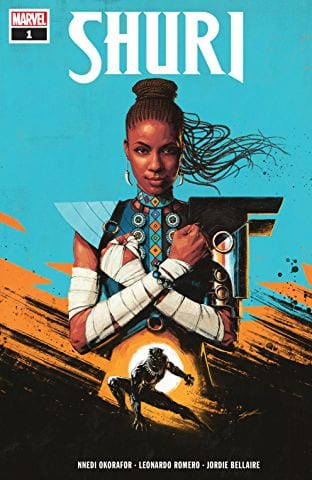 1. Shuri #1– You had to know it was only a matter of time before Shuri got her own on-going series and here we are with issue one. Hands down one of the breakouts of Black Panther, T’Challa’s sister finally gets her own book to double down on the awesome. Shuri has quite the history herself, having been the Black Panther in the past, and is one of the greatest minds in all of the Marvel Universe so the potential for this book is quite high. Add in the fact that it’s written by Nnedi Okorafor (who wrote a tremendous Black Panther series for Comixology) and ties into the fact that T’Challa is missing on a space adventure, and you’ve got the makings of something special. Wakanda is without a King and Shuri is wrestling with the idea of taking the throne despite how badly she wants to stay in the lab. Wakanda needs a leader though as it finds itself vulnerable with the absence of T’Challa. This series won’t only be important for Shuri but the entire nation of Wakanda. 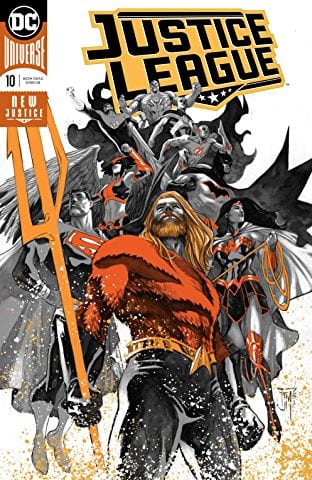 2. Justice League #10– Here it is, the first issue on the road to “Drowned Earth” the massive Justice League Poseidon is dead leaving the sea god position completely up for grabs. It makes sense that Aquaman would go in search of what to do next and runs into this events big bad the Flood. Flood pretty much hates everything on Earth (including Atlantis) and with Poseidon’s absence sees an opening to finally, wait for it, drown the earth (nailed it!). Synder is known for orchestrating massive epics within the DC Universe (see Dark Night Metal, Court of Owls, and Zero Year to name a few) and has been building to this story since he jumped on the book. I have a feeling this arc is the first step into something even larger for the Justice League which means you’ll want to get on this before things get carried away! 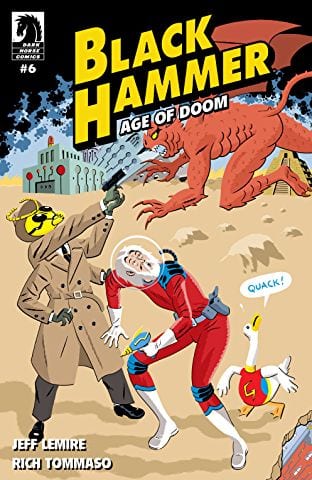 3. Black Hammer: Age of Doom #6– There are some who would argue that the best superhero comic on the stands right now actually doesn’t come from the big two or involve any mainstream heroes. Black Hammer, written by the tremendous Jeff Lemire, is creating a spectacular universe of its own filled with rich characters and a refreshing take on the superhero genre making it a book that needs to be added to your personal pull lists. Issue six looks to pick up after the crazy ending of last issue and places Colonel Weird in a world where reality is constantly changing. If you’re feeling a little exhausted from the big two but still want that superhero goodness then Black Hammer could be your answer. 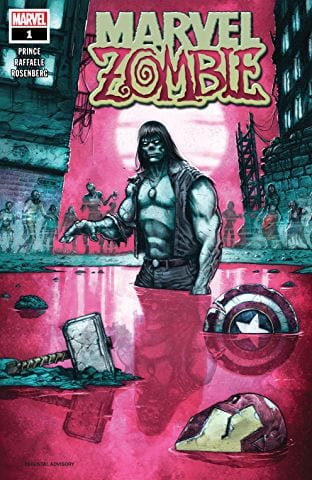 4. Marvel Zombie #1– Much like an actual zombie, the Marvel Zombie franchise is back from the dead with a brand new series just in time for Halloween. I actually really, really like this premise. The world has already been hit with the zombie virus wiping out regular people and heroes alike. There’s a small community of survivors holed up trying to survive and they’re being protected by some of the remaining heroes like Spider-Man and Daredevil. What happens when a chance at salvation presents itself but it means sacrificing the rest of their humanity? If you’ve missed this franchise or just want to see some zombie superheroes then Marvel Zombie has got you covered!

5. Batman #57- Let’s just go over the last couple of issues of Batman. Nightwing, who has a new issue out today, was shot in the head by KGBeast leaving Dick Grayson with a whole new personality and issues. This has done nothing to help Batman get over just how crappy his life has been in the back half of the year. We now find ourselves with Batman in Russia right at the door of a KGBeast who just killed his father. To say both parties have a lot of pent up rage would be an understatement. Can Batman reign himself in while dealing with Beast or is this where all his frustration and emotion come pouring out? I’m starting to wonder if KGBeast is a part of Bane’s master plan too. Tom King’s epic Batman run continues! 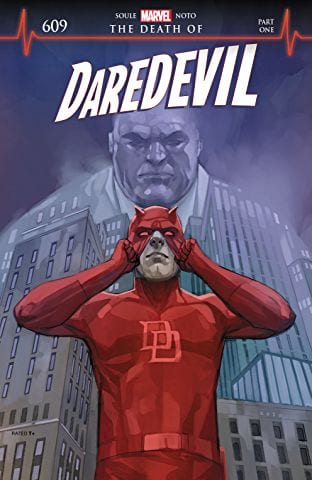 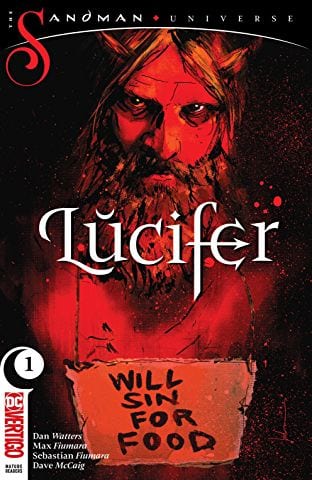 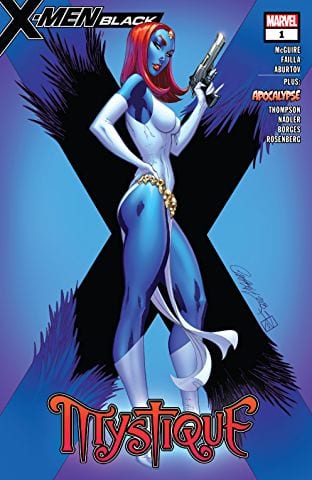 There you have it Geeklings, all the best books to get your mitts on this week. As always, if you feel like I’ve left anything off of this week’s Pull List sound off in the comments. If you’d like to talk all things comics, how much you love the column, or have any suggestions for yours truly then you can find me on Twitter @iamgeek32. Be sure to get all your reading done before Daredevil drops on Friday or save some books to read in between episodes. Or just do what you want. I’m not here to run your life. I’m just that really good friend you talk to once a week who tells you what comics to read. I’m swell like that. Happy reading and many huzzahs! See you all next week!