Geeklings, a very Happy New Comic Book Day to you all! How are we on this most glorious Wednesday? I would imagine you’re pretty stellar considering there are new comics to read and if you’re not then please allow me to help make your day a bit better. We’re all here under the banner of comic fans and the least I can do as the group’s leader is make this experience enjoyable. I know that I look forward to writing this column every week, and I hope there are some of you out there who have that same feeling when reading it. Comics make the world go round!

What doesn’t make the world go round is the cold I’m currently battling. I got engaged over the weekend to my incredible girlfriend (hiiiiii honey!), and through that excitement, family and friends passed along either a cold or some strain of the flu like it was champagne. Who got what varies. I think I got the cold… fingers crossed. Needless to say, I’m feeling a bit under the weather so I’m going to jump right into Operation Breakdown Weekly Comics so I can take a nap… or just lay here well telling my fiancé that I’m dying. She really hit the jackpot here! 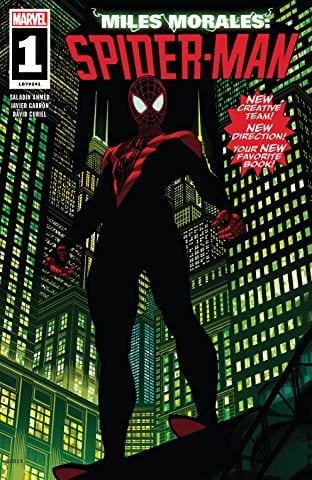 Miles Morales: Spider-Man #1– With Spider-Man Into the Spider-Verse dropping tomorrow it makes a lot of financial sense for Marvel to bring back a Miles Morales monthly series. This will be the first time that someone other than Brian Michael Bendis pens a Miles solo adventure, and after reading issue one, it seems that Saladin Ahmed is more than ready for the task. What makes this issue so enjoyable is that Ahmed uses it as a way to introduce, or re-introduce, Miles to readers in a way that doesn’t beat you over the head and feels organic to the story. He captures the voice, humor, and family importance and gives us a first issue that reminds why comic shelves are better when there are new Miles Morales books on them. There’s a lot to be excited about here and with Miles about to blow up expect this to be on your monthly pull list. 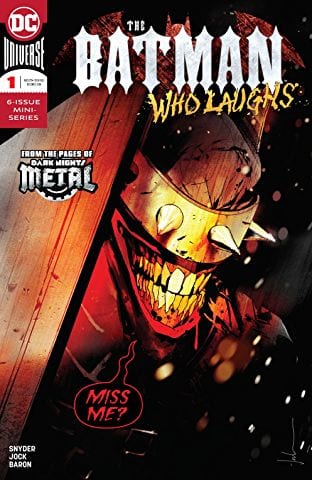 The Batman Who Laughs #1– I don’t know about you guys, but the Batman Who Laughs was my favorite part of Dark Nights Metal. The very concept of him is horrifying, not to mention his badass design, and he instantly became iconic. One of the best things Metal did was not kill him off and while he’s turned up in a few books since (I think the last time I saw him was in Immortal Men) it’s time for him to get his own six-issue mini-series. I read this book and it was not what I expected, and that’s a good thing. Scott Snyder gives us what seems like a traditional Batman story and then slowly flips it on its head. The Batman Who Laughs brings with him another evil Batman, this one with guns, and a story that may not take place on our earth. All I know is that with Synder at the helm and Jock’s art we’re in for a dangerously delicious treat! 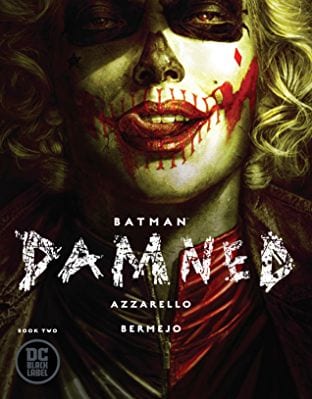 Batman: Damned #2– Remember when the first issue of Damned came out and everyone lost their minds?! We here at the Pull List remember and if I’m speaking honestly, I was starting to believe we would never see the second issue of this series because of it. What got missed in all the little Batman hoopla was the fact that Damned was a really good book that just so happened to include a little nudity. Just a smidge. With the way the internet works, I’m surprised with how surprised DC was with the fan reaction. I mean, come on guys! The memes write themselves. Anyway, there’s a new issue of Damned out today and I’m sure that both DC and Brian Azzarello would appreciate it if you focused on the story of Batman investigating the murder of the Joker opposed to anything that involves a naked Batman. Plus, that cover. Am I right?! 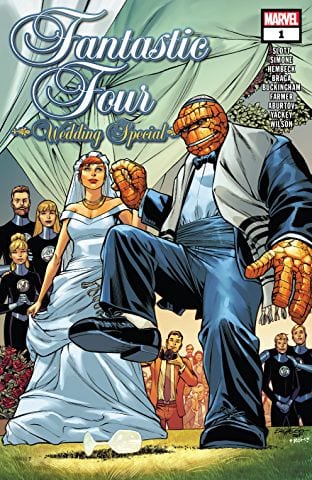 Fantastic Four Wedding Special #1- We tried to have ourselves a superhero wedding over the summer and things didn’t really work out. Our hero was left on the altar and has since spiraled severely into darkness and isolation. With the Fantastic Four only being back for a few short months something tells me that we might have a different result here. I don’t believe this issue contains the actual marriage but it does contain a ladies night out and The Thing meeting his soon to be father-in-law. Having just gotten engaged myself (hiiiiiii honey) I think we could all use a little bit of superhero wedding fun. Or maybe it’s just me. 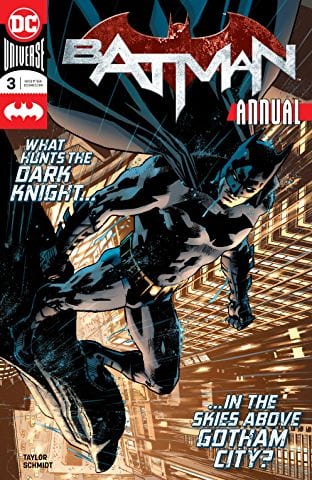 Batman Annual #3- Yes, another Batman book. Hear me out though, this Batman book isn’t just a Batman book, it’s an Alfred story. If you read Tom Taylor’s Injustice Annual a few weeks ago, one of my favorite comics of the year, then you know that he can tap into the emotion of Batman almost effortlessly. What transpires here is a story about the importance of the bond between Batman and Alfred and Tom Taylor’s continued ability to play with my emotions. It’s a great read that deserves the attention of your eyeholes. 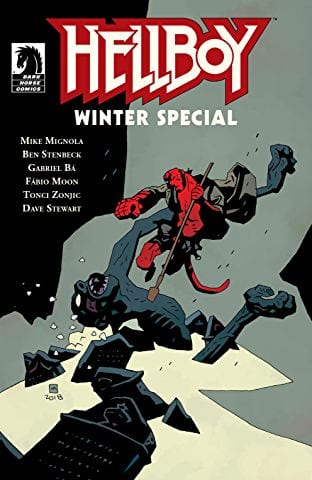 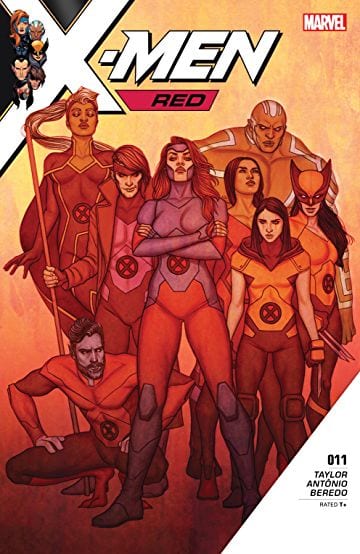 There you have it Geeklings, all the best books to get your mitts on this week. As always, if you feel like I left anything off, by all means, sound off in the comments and let me know. What’s on your pull list that I possibly forgot? If you’d like to talk more comics with yours truly then you can find me on Twitter @iamgeek32. Hit me up, I’ll chat your ear off! In the meantime, I’m going to curl up on my couch and attempt to fall asleep to Guardians of the Galaxy Vol. 2… that’s if my Netflix allows me to watch it. Lately, every time I try it resets my AppleTV. Netflix, what’s up with that?! If anyone has any solutions send them my way. Until next week Geeklings, happy reading and many huzzahs!