Geeklings, a very Happy New Comic Book Day to you all! There are times when a Wednesday comes along and your pull list has allllllll the comics on it. I’m talking books on books on books. So many comics you wonder if you’re going to be able to read all of them before you write your weekly comic book column in which the answer is no, you cannot read all of them but you can read enough of them. I call it the Perfect Storm, when every book on your pull list comes out, and it is literally one of my favorite types of New Comic Book Day. Although, don’t tell my wallet that as it shuddered this morning under the weight of comic costs.

With that being said I’ve got a massive new Pull List for you guys today and not a lot of time to beat around the bush. I want to talk comics. You guys want to read about comics before actually reading comics. I say we get to the meat and potatoes of it all. The capes and cowls if you will. Let’s break this bad boy down starting with… 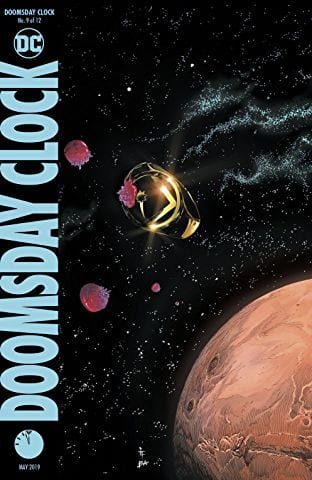 Doomsday Clock #9- It has been a long time since the last issue of Geoff Johns and Gary Frank’s Doomsday Clock (December) and while absence makes the heart grow fonder I needed some answers after that insanely intense ending. Well, ask and you will receive. Issue #9 picks up with the explosion in Moscow and the world turning on Superman. For those of us who have been waiting for Doctor Manhattan to make his presence felt, wait no longer. This issue is probably the most action-packed of the series as we see the world continue to fall apart through the eyes of our heroes as well as Manhattan who is seeing all different timelines at once. There are some big events, like massive events, within these pages. I’m talking the type of events that may explain how Doc altered the DC Universe. Maybe. If you read carefully and know some DC history.  Prep yourselves, and before you start getting angry about the wait for issue #10 just remember that if the end product is this fantastic then let Gary Frank and Geoff Johns do their thing. Doomsday Clock is an important comic and will be a tremendous read when collected. 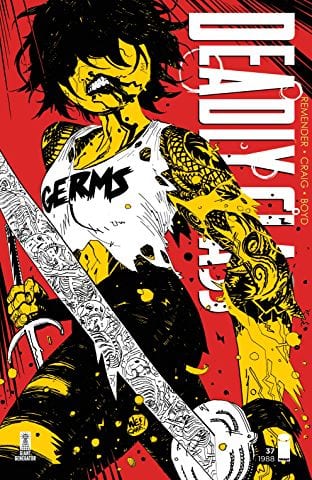 Deadly Class #37– Look how the stars have aligned, we get a brand new issue and episode of Deadly Class today! Sometimes the world truly does spoil us. Issue #37 of Deadly Class is out today and we shift gears from our friends tripping out in the desert and turn our attention to Japan. Our dear Saya is being held captive by her disgusting brother after being turned over by new student Quan. The very same Quan who blew up Marcus and Maria’s cover in Mexico. Quan is the worst. This issue spends all of its time with Saya, Quan (who is now slave to Saya’s brother), and Japan and the results are beyond kickass. It looks like Rick Remender and Wes Craig are getting closer and closer to getting the band back together. The bigger question remains, who will be left standing and are any of them the same as before? I couldn’t be more excited about finding out. 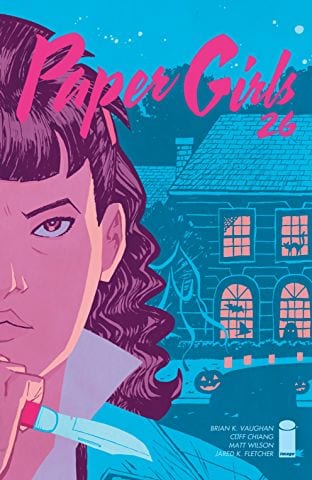 Paper Girls #26- Do you guys miss Saga? I sure as hell do. Good thing Brian K Vaughan has another comic series for us to read. Bad news is this series is ending at issue thirty. I. Am. Not. Ready. Paper Girls has been an outstanding read that tickles the nostalgia button with a bunch of time travel, pop culture references galore, and those Stranger Things coming of age feels. Vaughan and artist Cliff Chiang promise us that all will be revealed by the end of the series, and while that’s exciting, I’m still super bummed this series is ending but very curious to see how this story concludes. I’m going to miss these kids and how they’ve shaped or changed the future. The final journey starts here, prepare yourselves! 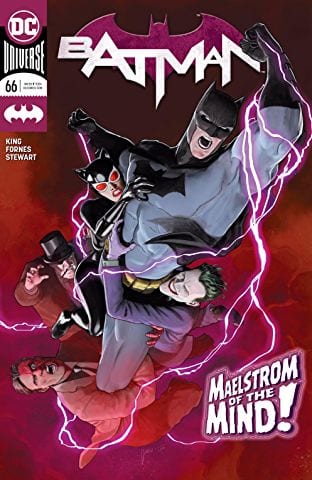 Batman #66- Tom King has returned to the pages of Batman with the continuation of the “Knightmares” storyline and issue sixty-six is a major, major, major chapter to this saga. We are starting to get to the root of the issue here as King brings back the romance between Batman and Catwoman and puts it at the center of all his problems lately. The Bat is lost. The Bat is weak, and it’s because his heart is broken, which is heartbreaking within itself. This issue highlights the importance of Catwoman leaving him on the alter and if he can be saved. One of King’s biggest questions during his run is it possible for Batman to be Batman and happy. That’s a question that gets addressed here as Batman’s mind yearns for stability. This issue plays as a wonderful bookend to the Annual from a year ago, yes that Annual, and I would like to read the two issues back to back. Jorge Fornes art is on point as things are coming together for the Bat… but is it too late? Can he be saved? And for the love of God can we just put these two love birds together?! King writes them so beautifully and it’s killing me. 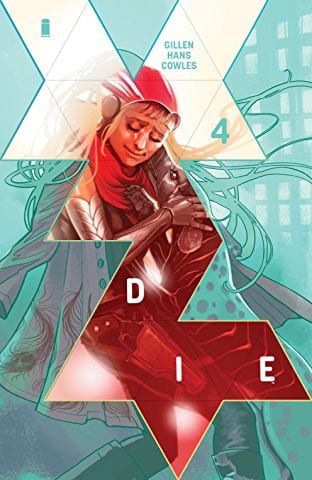 Die #4– God, this book is gorgeous. I mean, just gorgeous. I can’t even imagine how long it must take Stephanie Hans to draw these pages but I am thankful for each second of it because the results are stunning. On top of that, Die is captivating as all hell. Kieron Gillen has created a universe here that is intricate and dangerous while also being slightly familiar. I’m a sucker for excellent character work and Die gives us that in spades. It’s hard to imagine that this is only the fourth issue. With world building this dense and tangible it feels like this book has been around for quite some time. This is one you’re going to want to throw on your pull lists immediately and then you can come back and thank me for it. 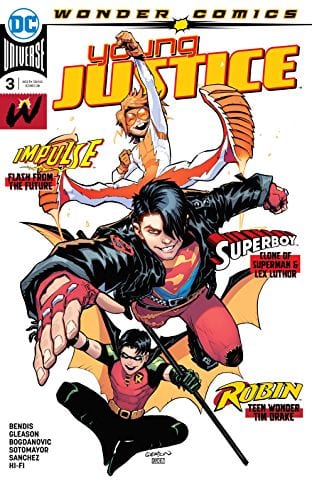 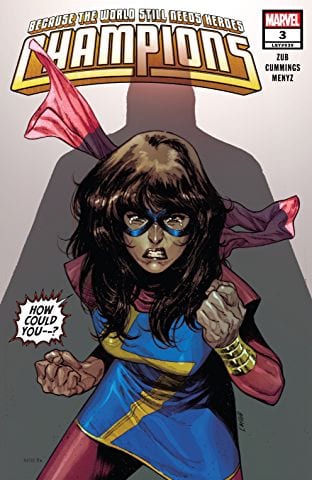 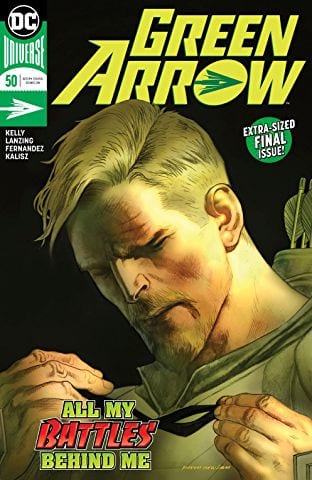 There you have it Geeklings, all the best books to get your mitts on this week. Man, this is a hell of a haul and there are still so many other books that you should be reading. The Perfect Storm is a real thing my friends. A real, spectacular thing that thankfully doesn’t happen every week. As always, if you feel like I’ve left anything off of this week’s Pull List sound off in the comments. If you’d like to talk more comics with yours truly you can find me on Twitter @iamgeek32. In fact, I’ll be there tonight live Tweeting tonight’s all new episode of Deadly Class. Come join me, it’s a blast! Until next week my fellow comic readers. May the rest of your week be filled with comic goodness, Captain Marvel (!!!), and happy reading and many huzzahs!