Geeklings, a very Happy New Comic Book Day to you all! I’m not going to lie, I have spent the majority of this week consumed with all things Game of Thrones that it almost seemed like New Comic Book Day was put on hold. Not to say that I would forget about my favorite weekly holiday, but the final season of Game of Thrones feels so important that nothing else awesome could possibly happen. Luckily, I was very wrong about that. What do new comics say to GoT week? Not today… or something like that. Honestly, that reference felt funnier in my head.

If you’re like me and counting down the hours until Thrones returns then this New Comic Book Day serves as a much-welcomed distraction. What’s the old saying, a watched pot doesn’t boil or something like that. I mean, it boils eventually. That’s just science people. Sunday can’t get here quick enough but in the meantime, I’ve got a ton of books to get through. I’ve kind of fallen behind on my reading. On the positive, it means binge reading session in my future but on the negative it means my to read pile is growing… it’s a classic Catch-22.

Enough about my problems though. You guys came here to find out what books to read this week and I’m here to hook you up with that info. Starting with… 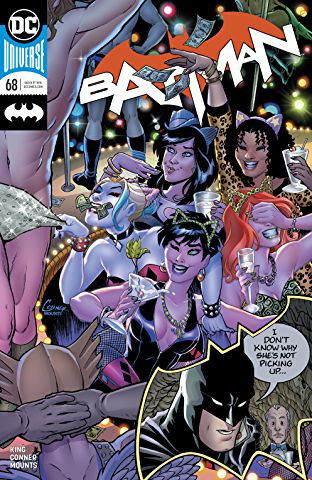 Batman #68- I’m finding that there are two camps when it comes down to Tom King’s “Knightmares” arc in Batman. Those that love it and those that have no clue what’s going on. I fall into camp “I love it” but can understand how people are confused. This storyline doesn’t navigate in a straight line and that’s part of the beauty for me. This is a puzzle where the pieces are the emotional scars and fears of Batman. That’s kind of insane. Issue #68 helps to further the confusion but with a glimmer of understanding at the very end. Maybe not understanding but a sort of explanation of how this is happening. I personally loved this issue because it seemed so out of place and sort of bright for a Batman story. King addresses that while continuing to explore the idea of Batman and happiness co-existing. It seems to be the major theme of his run, and I’m getting to a point where I’m not sure if Batman/Bruce Wayne understands what happiness is. That’s part of the tragedy of Batman, and King is exploring that with great detail. The “Knightmares” arc looks to wrap next issue but it looks like Batman’s problems are just beginning. 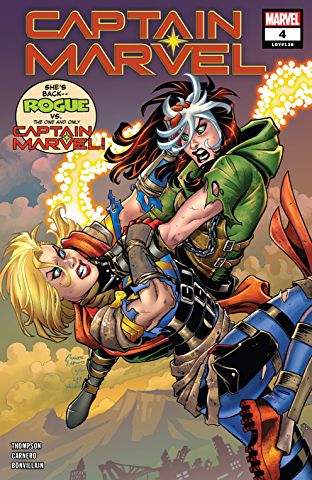 Captain Marvel #4- Still riding the high from the Captain Marvel movie? Looking to get that maximum levels of hyped for Endgame? You should probably be reading Kelly Thompson’s Captain Marvel run then. Thompson has done such a tremendous job of blending humor, action, and emotion into these four issues as she really explores what makes Carol Danvers so tremendous. This issue sees Rogue revealed as Nuclear Man’s big weapon and man am I pumped! Thompson has a lot of experience writing Rogue (Mr. & Mrs. X) but is also touching on a huge moment in Carol’s history. The one where Rogue defeated her and stole her powers. I love that this rematch is bringing this moment back to the light as I think it often gets forgotten. This is a big one folks! 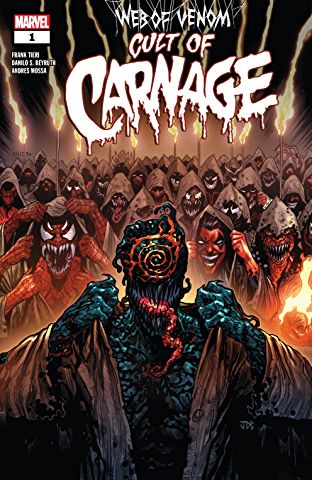 Web Of Venom: Cult of Carnage #1– You may have heard that this summer Marvel is going to have a massive event series written by Donny Cates and drawn by Ryan Stegman involving your second favorite symbiote… Carnage. That’s right, Absolute Carnage has all the makings to be ten pounds of awesome in a five-pound bag, just read Venom if you have any doubts, and in order to prep for that, you might want to spend some time reading Web of Venom: Cult of Carnage #1. Carnage is coming back in a big big way and Frank Tieri and Danilo Beyruth are here to get the ball rolling. No one is safe! 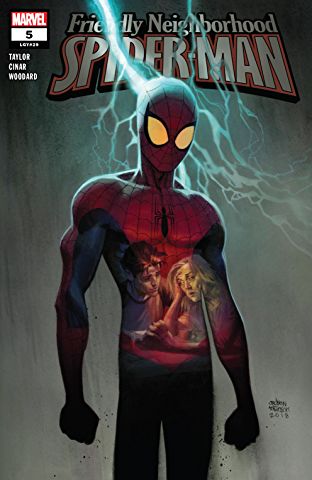 Friendly Neighborhood Spider-Man #5- How are we on the fifth issue of this series already? Man, it seems like yesterday that we learned that Aunt May was sick, and my feels are coming in at an all-time high. I blame the Spider-Man video game for putting my Aunt May anxiety on high as well as Tom Taylor’s excellent writing. Taylor is right at home writing Spider-Man and the universe he inhabits, and this issue looks to shake the very foundation of that world. Issue five will be when Peter learns about Aunt May and I fully anticipate this to be emotional. I’m talking Toy Story 3 the holding hands before the fire pit scene… Guys, I’m not strong enough for this. 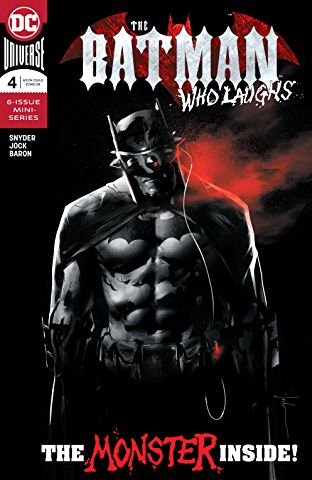 The Batman Who Laughs #4– When last we left off Batman thought it would be a good idea to inject himself with a serum that would transform him into the Batman Who Laughs. If you can’t beat them try to understand them by joining them. This feels like a great idea, he said sarcastically, but it does speak to the desperate nature of Bats. Now he’s in pursuit of the Grim Knight and his mind is starting to fall apart… perfect timing. Scott Snyder and Jock’s mini-series is almost at an end and they are pushing Batman to the very brink of destruction. It’ll be interesting to see how he moves on from this. 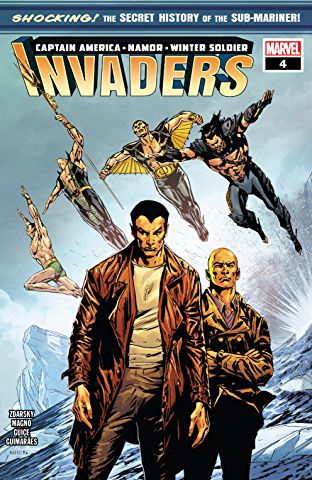 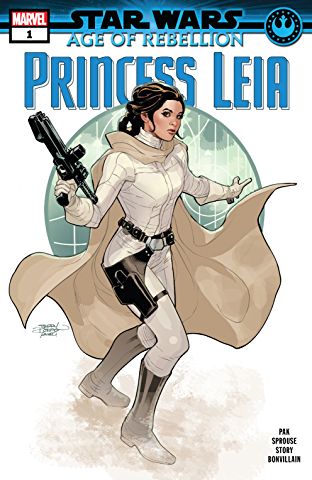 There you have it Geeklings, all the best books to get your mitts on this week. As always, if you feel like I’ve left anything off of this week’s Pull List be sure to let me know in the comments. If you’d like to talk more comics with yours truly you can find me on Twitter @iamgeek32. In the meantime, you can find me here during the week with my Doom Patrol reviews (Friday) and starting Sunday, Game of Thrones reviews. I’m here for you during this highly trying and emotional time. Until next week my friends, happy reading and many huzzahs!