Geeklings, welcome back to the Pull List where the comics are all new but the jokes are still sort of the same. We’re talking slightly above dad joke levels but also slightly… below? It doesn’t matter, you’re not here for the jokes anyway. You’re here to hang out with yours truly on the best day of the week, New Comic Book Day!

… and I suppose you’re here to learn what new comics are hitting the shelves on this most fantastic re-occurring holiday. And who can blame you? Reading comics is rad! It’s one of my favorite things and now that I’m mostly caught up on my stack of books (only a handful left to read), I feel a bit more confident returning to my favorite column of the week as I am now armed with the knowledge of comics. Or at least what the hell is happening in a bunch of them. What a gift.

What do you say we dive into this week’s books? I’m still not feeling top-notch and want to give you a quality read before I crash into a puddle on my couch that can do nothing other than watch The Masked Singer. Let’s kick this week off with…

Harley Quinn & the Birds of Prey- I don’t know if you heard this, but Harley Quinn and the Birds of Prey have a movie out right now. True story. I also hear it’s pretty good and entertaining which is always a concern when it comes to DC live-action movies. While I haven’t seen it, yet, this new DC Black Label book will help get me even more pumped for my future viewing. Black Label means adult content or the equivalent of an R rating which is exactly what the film got. I love it when my mediums are in sync. Co-written by Amanda Connor, who is also doing the artwork, and Jimmy Palmiotti this new series looks to cash in on your excitement of the movie while giving you some new and crazy tales. This book will be racey, contain colorful language, break the fourth wall, and hopefully leave you wanting more. Who doesn’t want more Harley Quinn in their lives?

Batman: Pennyworth R.I.P. #1- Here to bring the mood down comes a book from James Tynion IV and Peter Tomasi, with a rotating art team, eulogizing the one constant in Batman’s life. Alfred. “City of Bane” had its casualties and unfortunately we had to watch as everyone’s favorite butler had his neck snapped by a madman. The loss of Alfred could spiral Batman out control. You don’t usually get to lose three parents in one lifetime. In fact, Alfred was the glue to the entire Bat-Family. His loss will be massive and will greatly impact any Batman associated comic. This issue looks to celebrate the life of Alfred Pennyworth and his importance not only to Batman but Bruce Wayne. Yeah, it’s going to bring the feels.

X-Men #6- It seems since HoX/PoX ended that the main X book has kind of steered away from the events of that comic. We’ve watched these solo adventures, mainly involving Cyclops, as the X-Men begin to establish themselves in this new word. Confronting the UN. Literally expanding Krakoa. Sending a team of mutants into a place where time advances differently and then just moving on with their lives. That all seems to stop here in issue six. Yes, it’s still a solo adventure, this time with Mystique at the helm, but it also ties greatly into the events of HoX/PoX. Mystique has kind of been iffy with everything that’s bee going on especially after the way Sabertooth was handled. In this issue she as a date with Destiny. Yes, that is a massive hint on what to expect in this issue and yes, this will explain some of the Moria events from HoX. Get hyped, this is a big one. 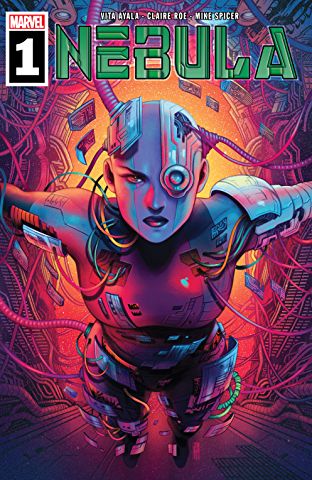 Nebula #1- You know what I love? I love when characters from comic book movies are so popular that they, in turn, get their own comic series. It makes my heart happy watching these side characters get their turn in the spotlight because their onscreen representation resonated. That’s exactly what we get here in this new Nebula series. Nebula who played a very important roll in the small movie Avengers Endgame, ever heard of it, now finds herself with her own mini-series written by Vita Ayala with Claire Roe on art. If you’re a Nebula fan then this issue is for you. If you’re not a Nebula fan chances are this issue still might be for you. Just love comics and adventure and you’ll be fine. 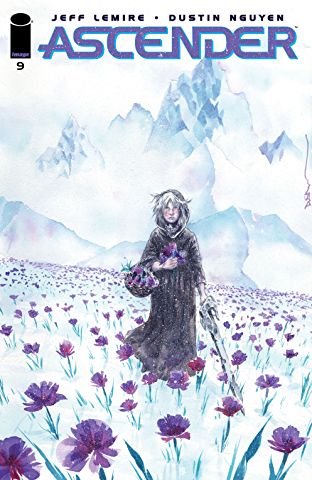 Ascender #9- I love Jeff Lemire comics. His ability to tell a story… it just floors me. Ascender is a continuation of the Descender series and the way these two narratives interact is fantastic. The structure of this story is incredible. This issue gives us a little background info on Mother and you’ll learn how she transformed into the force she currently is. Each issue of this series feels special and you don’t want to miss this one.

There you have it Geeklings, all the best books to get your mitts on. As always, if you feel like I’ve left anything off this week’s Pull List be sure to sound off in the comments. If you’d like to talk more comics with yours truly you can find me on the Twitter @iamgeek32. Now if you’ll excuse me, I’m starting to fade and need to watch The Masked Singer. I’ll see you all here next week with more comics for your eyeholes. Happy reading and many huzzahs!