There has been an awakening. Have you felt it?

You know what Geeklings? It’s a pretty good time to be a Star Wars fan right now which is something I’ve been wanting to say for quite some time. We’ve kind of gone through the rudder, have we not? A franchise that was so instrumental to my childhood and has managed to stay just as important to me as an adult despite all the trials and tribulations it’s faced. That’s some pretty deep love. Think about it. How many of you still try and use the Force at least once a day, and I’m not talking about when you walk in front of sliding doors, that’s amateur Jedi tricks. I’m talking sitting in your chair with the remote control out of reach, raising your hand and focusing in the hopes that said remote will travel across your apartment into your out stretched hand. There is no way that I’m the only one who does this. And why do we do things like this? Because we love Star Wars. Yeah, the prequels were a bag of suck. Yeah, the re-mastered editions of the original films is George Lucas’s way of trying to tell us our childhood wasn’t good enough. Yet despite all that we find ourselves hoping to discover our hidden ability to use the Force. We try our best to emulate a wookie war cry.  Backwards talk we do so we can seem just like Yoda (you all heard his voice don’t kid yourselves). The prequels and the re-mastered films, while trampling our hearts, did nothing but strengthen our resolve. And now, finally, it seems like fortune is shining our way. We as a fan base deserve this.

But the transformation can’t be complete without some re-establishing. A movement if you will. It’s time for the Star Wars universe to re-claim Darth Vader. I’m going to let that sink in for a second before I start rambling. Re-claim. Darth Vader. Just seeing those words should awaken a mixture of emotions in you. For starters think about the first time you ever encountered Darth Vader. I remember sitting against my parents couch (not on it because kid reasons) and watching as Vader emerged from the smoke surrounded by Storm Troopers. I remember him lifting that Rebel general up in the air by his throat, a scene all the more scary knowing that he could easily have used the Force. This was a personal attack. The first time he spoke. That voice. Hearing him command the ship torn apart and the passengers brought to him alive. Even as a kid I knew that he was a bad mamma jamma. Vader had everything one seeks in an awesome villain. He had the look, he was menacing, he was scary, and he was ruthless. Darth Vader was the biggest badass in the galaxy… and then he wasn’t.

Granted this isn’t something that happened with the original trilogy, and just so you know I don’t count the re-mastered editions as the original trilogy (#notmystarwars). Over the course of the next two films, Vader would freeze Han Solo in carbonite, strong arm Lando, cut off Luke’s hand, proclaim the biggest movie twist possibly ever, and re-established balance to the Force. All while being this larger than life villain who meets the ultimate redemption arc. It was damn near perfect watching Vader come full circle at the end of Return of the Jedi. In no way does he lose badass points for saving Luke and killing the Emperor, quite the opposite. Vader sacrifices himself in order to save his son. The galaxy’s biggest ass kicker kills the Galactic ruler for his son. Yeah. That’s Darth Vader.

And then… the prequels. We can all deny as much as we want, but when we learned of the prequels we were excited. How could we not be? For starters it would mean new Star Wars movies which is something that the universe had been begging for since the Ewok Celebration song cut to the end credits. Plus, these movies were going to play as an origin story to Darth Vader. Are you kidding me?! We’re going to get to see how Vader becomes Vader?! How this ultimate pillar of awesome becomes the ultimate pillar of awesome. Sign me up! How could this go wrong? Quite easily actually. 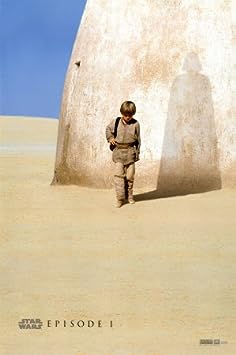 Instead of giving us the origin story we wanted George Lucas made three movies that neutered Darth Vader, and not quickly. It was a neutering that took place over six grueling hours of film. Starting off as a whiny child who ridiculously created C-3PO (hold that thought) and progressing to a whiny Padawan who became conflicted with his feelings for a princess and his mom. Who killed a village of Sand People and then gave the lamest explanation why. The prequels turned Vader into a self entitled brat but not in the evil mastermind way but in the man, I really want to slap this guy kind of way. There was nothing menacing here. How was it possible for this person to become Darth Vader?

If you need any further proof that George Lucas didn’t understand just what Darth Vader’s place in the universe was then just watch the first time you see him in the suit. At first it’s a spectacle to behold, and despite how bad the prequels are it’s still something special. And then… then… he screams “Nooooooooooo”. The biggest badass in the galaxy screams no and throws an emotional temper tantrum instead of internalizing that pain and making himself harder and more fierce. For some reason this would be something Lucas would fall in love with as he would use the “Noooooooo” again in  the re-mastered edition of Jedi. Instead of the internal struggle we get a Vader who screams his defiance hence dulling the emotional impact some. Neutering complete.

Now fast forward to today because there is something rippling through the Force, and that something is hope. A new hope if you will (nailed it!) that we might actually see Darth Vader returned to form. That hope starts with Kieron Gillen’s Darth Vader comic. Marvel has created a canon comic book universe that not only fits the tone of the original movies but enhances it, and Gillen’s Darth Vader books is a shining example. The series will be wrapping up next month with it’s 25th issue but has been the catalyst of re-establishing the awesomeness of Darth Vader while also making the prequels slightly better. Not in the way that you want to go home and start watching them from start to finish, just You Tube the good parts it’s less painful, but in the way where there is actually emotional payoff.

Let’s re-visit the whole C-3PO thing. I really didn’t care for that in the movies. It seemed like the easter egg I didn’t ask for and didn’t really match with the original films. Yet Gillen re-visits this connection with Vader in Cloud City holding 3PO’s head after he’s been blasted to pieces. There’s a flashback to his creation and a panel without words that expresses more emotion then any of the prequel movies. It hits you right in the feels.

But that’s not all. Gillen helps to re-establish Vader as the galactic badass we remember through his actions and through the fear of others. He also bridges gaps in the original films as Vader learns that that Luke is his son and has to wrestle the demons of guilt concerning the death of Padame. A battle that takes place solely in his mind. Gillen is able to keep the evil and menacing Vader present while giving the reader that emotional connection. Vader comes across as tormented and complex and scary which was the aim of the prequels.

The renaissance doesn’t stop there. The Rebels cartoon has also helped further remind us of the power of Vader, as it’s seen him torment the galaxy and finally go one on one with his apprentice, Ahsoka. A story line that fans have been begging for resolution to and if the ending is to believed further emotionally complexes Vader. It is possible for Darth Vader to be complex without making his emotions paper thin. What Gillen and Rebels has shown us is that you can take those complex emotions, that pain, that suffering, that isolation, and still make him a fierce foe within the galaxy.

Our biggest hope though comes this December in the form of Rogue One. I know that the story isn’t about Darth Vader, and that’s fine. I don’t want it to be. I’m actually very curious to see how the plans for the Death Star are stolen. A Star Wars heist movie? Yes please. But we know that this heist also takes place during the  height of Vader’s power. At this time he is something that is ultimately feared within the galaxy. Rogue One gives us this rare opportunity to go back in time and see the Darth Vader from our childhood. The one that chokes Rebels instead of using the Force. The one who willing chop off the hand of his son. The one who freezes a smuggler in carbonite without knowing if he’ll live or die. The one who is impressive. Most impressive. 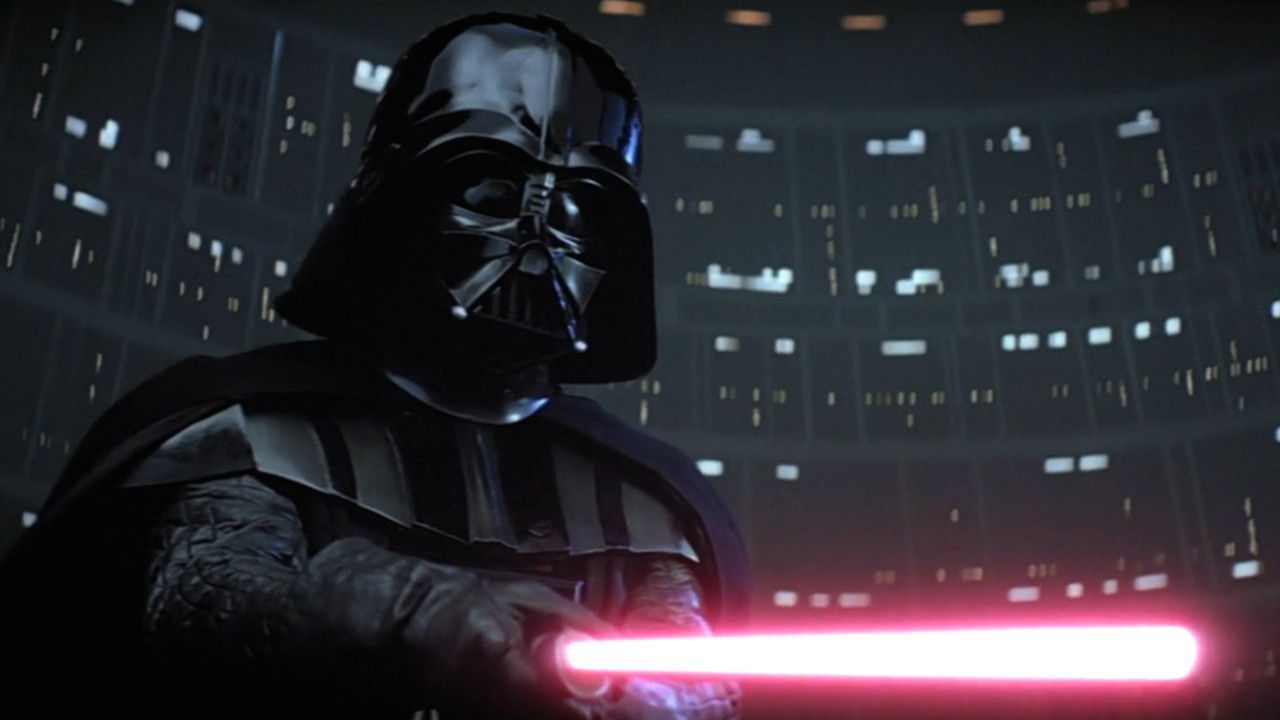 It’s been a long time coming Geeklings, but I think we are on the cusp of getting one of Star Wars greatest gifts back. Honestly, it’s been a long time coming. Darth Vader is the center of the Star Wars universe. He’s what everything spins off of. Just look at Force Awakens. Kylo Ren bases his entire existence on the principals of Darth Vader. Granted they’re misunderstood but still he supplies the back bone of this new villain. We as Star Wars fans deserve the return of Lord Vader. If the Force Awakens started the apology for the prequels then the re-claiming of Vader could be the signature at the bottom of the letter. Then maybe we can all move on.