You can find this column on Fan Fest also. Told you it was going to be a tough writing week guys. Enjoy though! Comics for all!

How is everyone doing out there? The summer is in full effect, the sun is shining, the heat is blaring, and the comics are stacking up. One of the things I’m loving the most about this comic summer is there isn’t a really major event in either of the big two companies currently. Usually, the summers are saved for event comics but it seems like both Marvel and DC are letting their solo titles do the talking. Yes, Marvel sort of has an Infinity Stones type event happening but it doesn’t have the massive feel too it, which is strange considering the scope of the project, but I’m okay with it. Let the individual titles shine for a while. Let’s allow some of these new writing teams to grow and build a fan base and some intriguing stories before we throw them into another event.

Now I’m sure you’re asking yourself, what are some of these new writing teams and solo titles that should be doing the talking? Well, I’m glad you asked and figure you wouldn’t be here at the Pull List if you weren’t interested. Let’s break down this week’s biggest comics with a bunch of brand new number one issues. 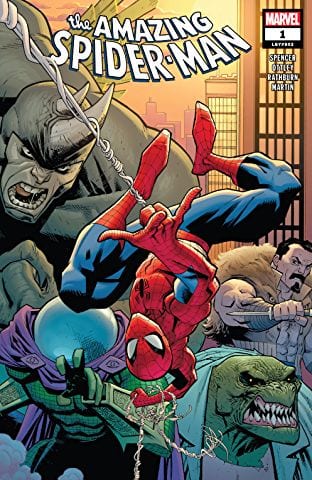 1. The Amazing Spider-Man #1– I’ve been waiting for this book for ten years… well, not ten but maybe five. I’m not going to re-hash my up and downs with Dan Slott’s run but I will say that Spider-Man has been in desperate need of some fresh blood and in walks Nick Spencer to take over the reigns and boy does he deliver. I’m just going come out and say it, this is the most fun I’ve had reading a Spider-Man comic in quite some time. Spencer takes Slott’s run and instead of ignoring it he uses it as a platform to return Peter Parker to the Parker that we fell in love with. The down on his luck, super relatable, every guy. It’s effortless and makes a ton of sense and only takes a few pages. Outside of that, the book is just a blast. Funny, charming, beautifully drawn, and might even be looking to undo a certain Spidey story that has long since enraged fans. If issue one is any indication it certainly appears that ole Web Head is in good hands! And no one hailed Hydra. Not once! 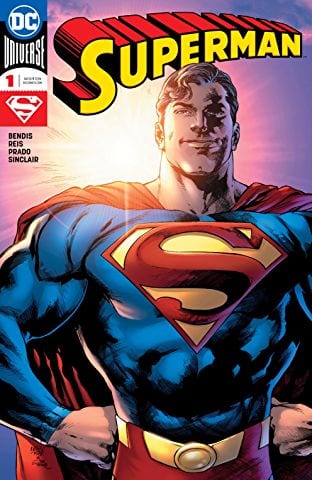 2. Superman #1– It seemed to take awhile but Brian Michael Bendis is officially a DC writer and after a Man of Steel mini-series, he’s finally ready to tackle the solo book. Bendis has taken his first few issues as a way to introduce himself to Superman while shaking up the status quo and bringing about some crazy changes and intriguing plot points for DC’s Boy Scout. It looks like Supes might have a different perspective on the world and his place in it, and I look forward to seeing the fallout from the Man of Steel mini. Like, how is Superman going to save Earth from the Phantom Zone? This should be the top of your lists this week. 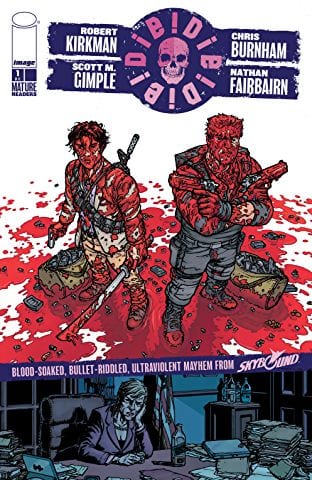 3. Die! Die! Die! #1– Scrolling through the interwebs yesterday I discovered that Robert Kirkman would have a new comic book series coming out. Cool, I thought to myself. With Invincible wrapping up a couple of months ago, Kirkman must be wanting to fill the void with another new series (see Oblivion Song as the other). As I read a little more I discovered that this new book would be released today! Without warning. Boom, new comic series from one of the biggest names in the industry. That’s right Geeklings, Robert Kirkman pulled a Beyonce and I’m freaking love it. What a fantastic surprise that is sure to bring some bodies into the local comic book shops. Co-written by Scott Gimple, of The Walking Dead tv show fame, Die! Die! Die! is supposed to be action-packed and super violent. It doesn’t really matter though, you had me at Kirkman. 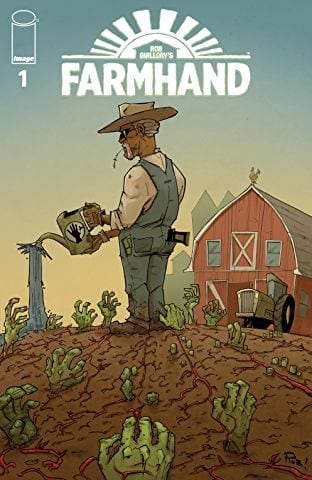 4. Farmhand #1– Do you guys remember Chew? That super weird comic where the guy would eat body parts and know things about the person among other bonkers type stories. If you’ve been missing Chew, I’ve got some really good news for you. Rob Guillory is back with a brand new book that looks to be just as freakin’ weird. Written and drawn by Guillory, Farmhand looks to tell the story of a family that owns a farm that grows… body parts. You read that right. This farm is a place people can turn to when they need new appendages and such. The concept is pretty trippy but throw in the fact that there’s also something dark and brooding in the farm itself and you’ve got the recipe for what’s sure to be another book that’s off the wall fun. 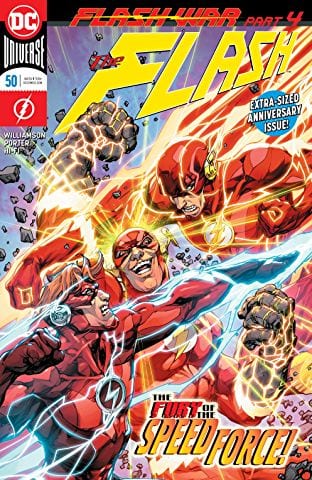 5. The Flash #50– Joshua Williamson’s epic Flash run hits issue number fifty and with it comes the conclusion of “Flash War”, his epic Flash-centric event. Williamson has been putting out some super quality Flash stories and it seems that everything has been leading to this moment. I’m sure the conclusion is going to be epic while opening the door to what’s going to come next. Speed Force for all! 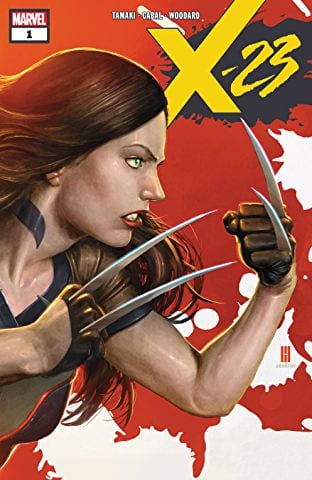 There you have it Geeklings, all the best books to get your grubby little hands on. As always, if you feel like I’ve left anything off the list feel free to sound off in the comments below. Let me know what you’re reading so I can possibly read it too (if I’m not already). Let’s share that comic love! If you’d like to talk more comics with yours truly then you can find me on Twitter @iamgeek32. Chat me up. In the meantime, have a great rest of the week everyone. Happy reading and many huzzahs!