There was a lot to get excited about yesterday. For starters, it was New Comic Book Day and that automatically makes for one of the better days of the week (this is a fact proven by science), it was football season eve, and maybe more importantly, we got our very first look at Brie Larson as Captain Marvel. While one could argue that a trailer for the movie would have been better, I’m on the side that actually really enjoyed Marvel’s release of behind the scene images first. If nothing else it just revs up the engines for the hype train even more. With these images, we can start to formulate theories about what we’re seeing. Looking past how incredible Larson looks as Captain Marvel (that suit!) we see interactions with Ronan the Accuser and Korath the Pursuer, who you might remember from Guardians of the Galaxy, that give the impression that this is a time period before Ronan is radicalized. We see Carol Danvers in a jet and a Nine Inch Nails shirt giving us a little background info of who she is and what kind of 90’s music snob she was. Then there’s two-eyed, super young Nick Fury starting the speculation that Captain Marvel will be the movie that serves as the eye patch origin story. But more importantly than all that, there was an image that could be setting up the post-Avengers 4 MCU in a massive way.

That’s right after a lot of speculation we now have confirmation that the Skrulls exist within the MCU and the ramifications of that are tremendous. But what exactly is a Skrull? This is where the fun starts. Skrulls are a shape-shifting alien race who have tried to invade earth for a loooooong time and have also been in an on again/off again war with the Kree. For those of you who know your Captain Marvel mythology then you’ll know that she is part Kree which makes the introduction of Skrulls to the MCU kind of a given. If Captain Marvel is going to focus on Carol Danver’s time as a Kree soldier then it makes complete sense that there would be some Skrull action. I’m all for it! I think the Skrulls look amazing and open the door to some epic storylines within the MCU.

It would be easy to mistake the Skrull introduction as a way of just expanding the MCU cosmos and being a little fan serving. “Here are some Skrulls be happy fanboys and girls”, but the thing about the MCU is nothing is done by accident. The Skrulls were actually already introduced way back in the first Guardians film as some of the planet descriptions were written in the Skrull language. Kevin Feige has a master plan that has a master plan of its own and one should suspect that if Captain Marvel is introducing the Skrulls in a movie set in the 90’s then that’s going to somehow become a factor in future MCU movies. Perhaps with an adaptation of Brian Michael Bendis’s Secret Invasion storyline from 2008? Hmmmm says the writer who thinks this is very likely.

What if Captain Marvel isn’t just a movie to introduce Captain Marvel?! What if it’s a movie that also sets up the next big MCU storyline following Infinity War? A storyline that could change the landscape of the last ten years of Marvel movies. You see, Secret Invasion was a story about a secret Skrull invasion and how they had been infiltrating earth for years and slowly replacing heroes and politically powerful humans with Skrull operatives. It is hands down one of my favorite Marvel stories for the sense of deep paranoia it brings to the table. Anyone could be a Skrull. Anyone! Suddenly you have heroes who can’t trust each other because they’re not sure if their friend is a shapeshifting alien hell-bent on taking over earth. That’s nuts! What if that invasion has been happening in the MCU since the 90’s?! Our first image of the Skrulls appears to be them on an earth beach and something tells me their not their to catch some rays. Maybe their ship crashed following Captain Marvel back to earth? Right now it doesn’t matter all that matters is the idea that they’re on our planet.

Now if Secret Invasion has been happening within the MCU since Iron Man, we need to start asking ourselves… whose a Skrull? The reveals have to be impactful otherwise it won’t resonate. It can’t be Peter Parker’s debate teacher because it lacks importance. These reveals need to sting a little and in some cases sting a lot. I think there needs to be some minor reveals with at least one mega reveal. A major character who has been a Skrull for some time now would shake the foundation of the MCU. But who? 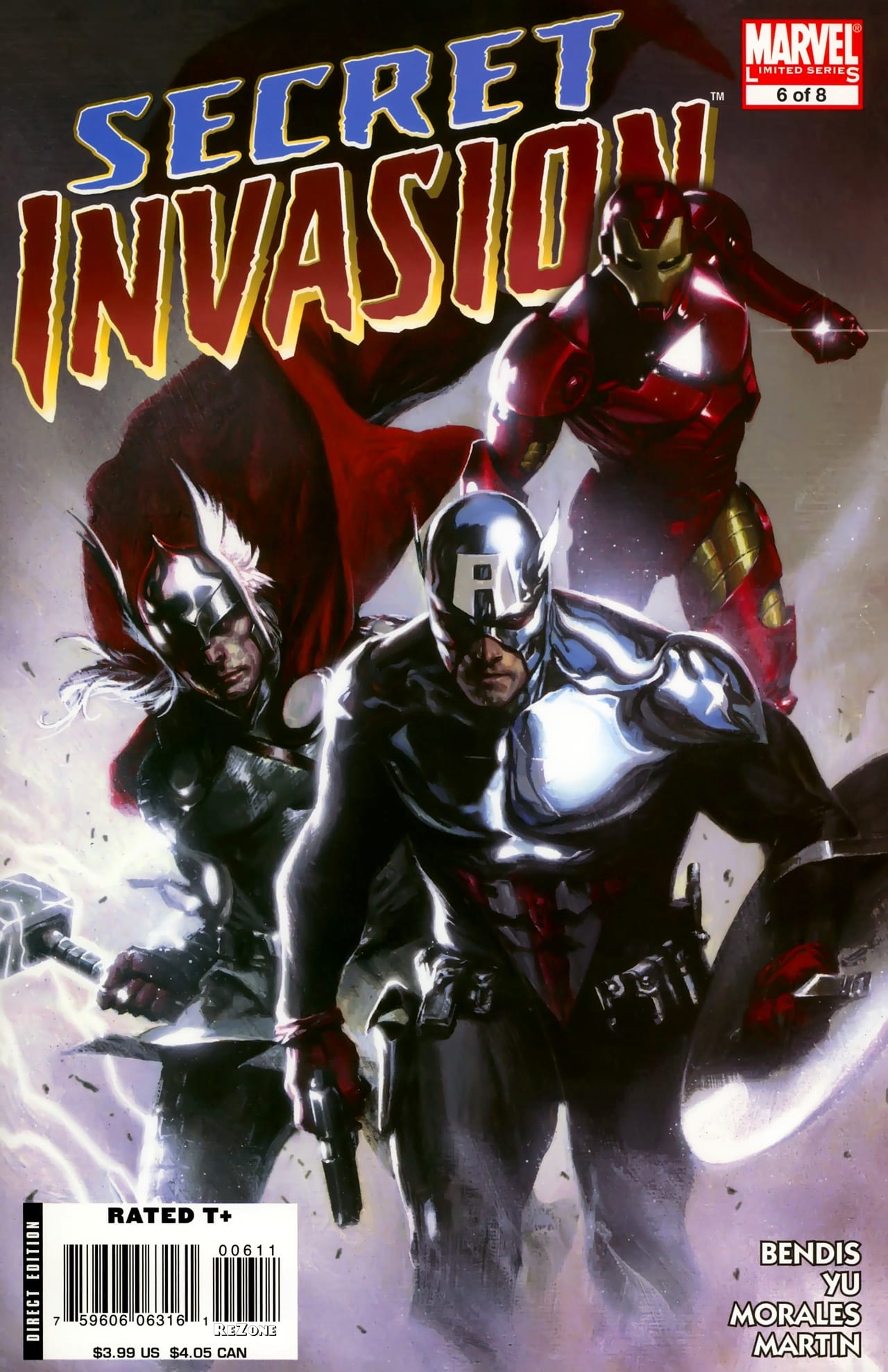 Well, how about Pepper Potts for starters. Yeah, I’m going right at it. There is no person closer to Tony than Pepper, in fact, she runs most of Stark Industries. You would think as an invading alien race you would want a hold of the tech that Tony is creating. Making Pepper a Skrull would be an instant blow to the Avengers. It levels the playing field a bit.

How about General Ross? Think about it for a second, who is sort of directly responsible for Civil War? It was Ross’s initiative that first divided the Avengers and if you were an invading alien race wouldn’t you want to separate and weaken the champions of the planet you’re looking to invade?

You would have to believe that the Skrulls would want an inside alien in Wakanda. Hey, Nakia’s whole role is as an undercover spy… sounds very Skrull like to me.

As for your major players, well that becomes a bit more interesting. Hawkeye was absent from Infinity War. Is it possible he was kidnapped and replaced by a Skrull soldier? What if Bucky is a Skrull?! What would that do to Steve Rogers? Or maybe it’s one of the Guardians? Skrulls live in space and that’s where most of the Guardians adventures are. Maybe it’s Hank Pym and the Skrulls now have access to the Pym Particle. Or, and hear me out… what if it’s Tony Stark. Think back to the first Avengers film when he was falling through space. Is it possible to believe that the Tony that falls out of the wormhole was actually a Skrull and that Tony is either dead or kidnapped?! That would shake the MCU to its core.

That’s the beauty of Secret Invasion, it could literally be anyone! I’m calling it now, the post-credit scene to Avengers 4 is going to reveal that a major character is a Skrull thus starting the path towards Avengers Secret Invasion. It’s going to happen and it’s going to be awesome. The payoff to seeing a smiling Thanos at the end of the first Avengers was more than we anticipated. We know that Marvel can take their time to build a story and deliver on it. The burn to Secret Invasion doesn’t have to be as long but it can be as impactful. Why else introduce a shape-shifting alien race in a movie that will air before the fourth Avengers? It sounds like the MCU is setting some foundation for the next big story.

What do you think Geeklings? With the introduction of Skrulls is the MCU on the verge of Secret Invasion? Who do you think is a Skrull? Is anyone off the board? Sound off in the comments with your theories. If you’d like to talk more MCU, comics, or possible Skrulls with yours truly then you can find me on the Twitter @iamgeek32. Let’s break this thing down together… one Skrull at a time.

4 thoughts on “Is Secret Invasion On the Horizon for the MCU?”