Geeklings, a very Happy New Comic Book Day to you all! What a week it has been for us comic loving folk. Yesterday we got the premiere of the Captain Marvel trailer and it was quite literally out of this world. Seriously, everything in that trailer looked auh-mazing from the mohawk helmet all the way to power surges, and I’ve got a ton of thoughts that you can read right here. Then, as if the Captain Marvel trailer wasn’t enough, news drops that the Disney streaming service is going possibly have both a Loki and Scarlet Witch mini-series with Tom Hiddleston and Elizabeth Olsen set to reprise their roles?! Are you kidding me, Marvel?! Just take my money.

All that and we haven’t even gotten to the best part… new comics! Today is a massive New Comic Book Day with a ton of new reads to pull you away from Spider-Man on the PS4 for a bit. I haven’t had a lot of time to play as of late but when I have I’ve been geeking out hard. But gaming will have to wait. You’re here for comics and I’m here to tell you about them. So let’s get down to business. 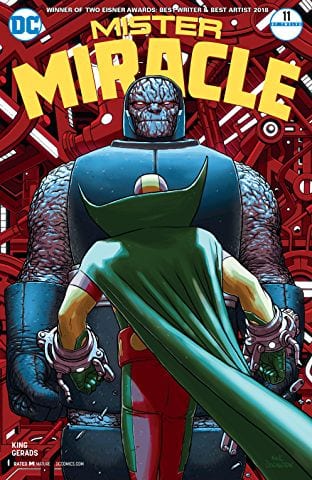 1. Mister Miracle #11- How do you make New Comic Book Day even better? You give us two Tom King books. Two of them! This latest issue of Mister Miracle is a bit bittersweet because it’s the penultimate issue. Only one left after this and I don’t think my heart can take it at this point. Tom King and Mitch Gerads have created something truly special with this series and we have watched as each panel has unfolded a story that is deep with tension, anxiety, love, and hope. What can we expect from these last issues? Starting here with issue #11 Scott and Barda are off to see Darkseid where they hope this meeting can end the war of New Genesis… by giving Darkseid their son Jacob. Yeah. Not the best compromise in the world but Scott has a plan where he thinks by setting up this meeting he can use it to kill Darkseid because Darkseid is… not expecting this. What could possibly go wrong? Besides this book making me an emotional mess. 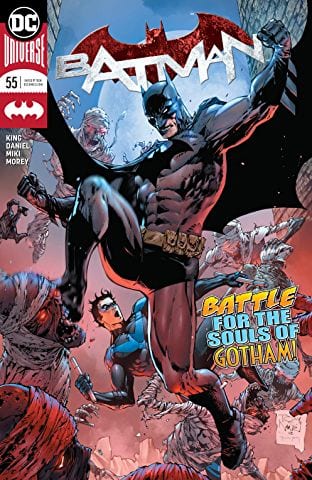 2. Batman #55- Tom King book two, and it’s a new issue of Batman! Happiest of happy days! We are still experiencing the fallout from Bruce Wayne’s stint on jury duty and it looks like Nightwing isn’t in a rush to leave Bruce alone. Tom King writes an excellent Dick Grayson and has such a tremendous aptitude for playing on their father and son relationship. We know that Dick is worried about Bruce and we know that somewhere deep down Bruce doesn’t want to be alone right now. It’s hard admitting you need someone especially if you’re Batman. Throw in a villain leftover from the Cold War and I’m sure you’re in store for an issue that will suddenly push your feels button. 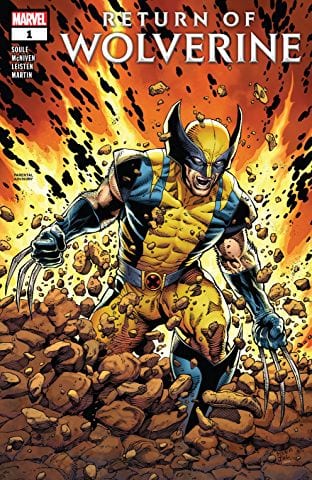 3. Return of Wolverine #1– I know, doesn’t it feel like Wolverine has already been back from the dead for months? Yet here we with another comic centered around the resurrection of Logan. After four mini-series centered on finding him, Wolverine finally takes center stage with the Return of Wolverine written by Charles Soule. Logan wakes up covered in blood and has no idea why. Typical Logan. Find out where Wolverine is, why he’s been hiding, and what his future holds with this five-issue series. 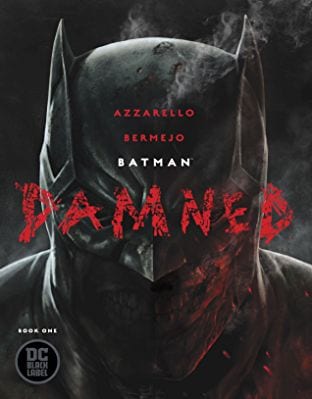 4. Batman: Damned #1– The first issue of DC’s Dark Label is here and my friends it is making quite the impression on the interwebs. The goal of DC’s Dark Label is to provide readers with some darker more adult content and with Batman: Damned they made quite the splash. Apparently at some point during this issue, you get a look at, uh, the full Batman. Sans suit… sans everything from what I’m hearing. Insert your Dick Grayson jokes here. Outside of that headline grabber, Brian Azzarello and Lee Bermejo have provided a stellar story that is sure to test the will of the Caped Crusader. The Joker is dead and Batman isn’t sure if he’s the one who killed him. Yes, that would imply that Batman broke his one rule. The more Batman thinks about it the further he starts to lose his grip on reality so he does the only rational thing he can think of.. he enlists the help of Constantine. Got on Damned quickly because it’s only three issues and it’s sure to be bonkers. 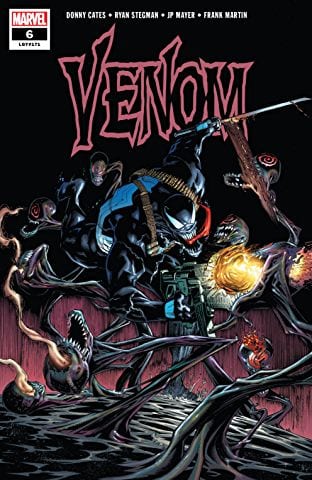 5. Venom #6– Yaaaaaaay, we get a new Donny Cates comic this week and that new comic just so happens to be apart of his stellar Venom run. I’ve really enjoyed Cates’s depiction of Eddie Brock and how he’s expanded the mythos of Venom making him an even deeper part of the Marvel Universe. Fresh off the heels of issue #5, Venom walks away from his connection with the God-Host with some new powers and now he gets to explore what those are. Sure it’ll be a whole bunch of fun mayhem. What’s not to love about that? 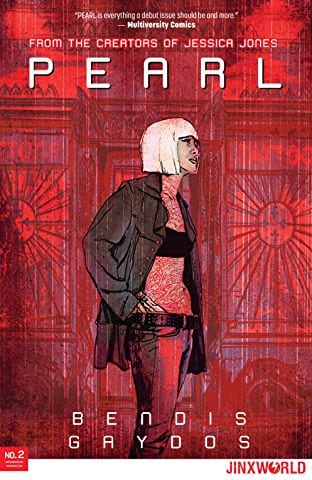 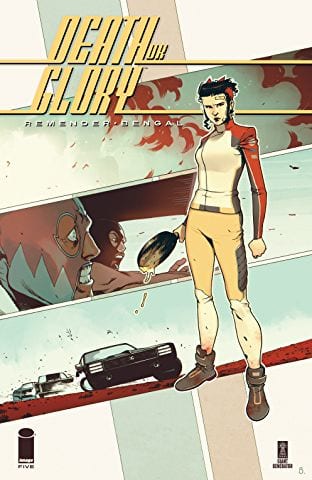 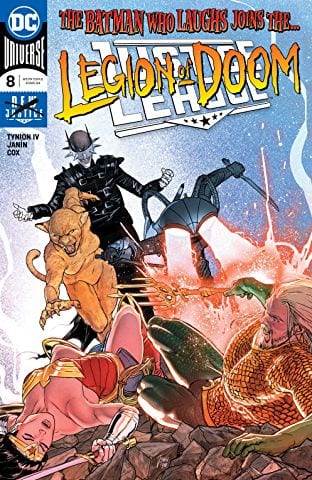 There you have it Geeklings, all the best books to get your mitts on this week. As always if you feel like I’ve left anything off this week’s Pull List sound off in the comments. If you’d like to talk more comics with yours truly you can find me on the Twitter @iamgeek32. Be sure to tell me what you’re reading like our friend @preston316 who is off to the comic shop tomorrow to grab a copy of the Return of Wolverine. Keep sending in what you’re reading Geeklings and I’ll keep giving you shout outs. See you all next week with a brand new batch of books for your eyeholes, in the meantime, happy reading and many huzzahs!