Geeklings, believe it or not, but it appears that I’m sick. Again. I’m not entirely sure what’s going on. When I was sick in December it was because my niece, precious thing that she is, infected like ten people with her adorable sickness. I can understand that. That’s the price one pays for hanging around something that adorable. One would think that my immune system would bulk up and get ready to party because winter is just getting started. Apparently, that’s not the case. Everyone at work is just passing around sickness like it’s candy and Jennifer has been sick seemingly forever… and here I am. Tired, slightly feverish (feel my head if you don’t believe me), and with a really sore throat. Joy! At this point, I’m half tempted to arrive at work dressed as Jesse Pinkman when it’s time to cook. That shouldn’t raise any red flags or anything.

With that being said, I don’t have a lot of time to kill. At some point, my body is going to fold on itself like a dying star and I’m going to be unable to type and or think. We can’t let that happen! Especially on such a massive Week In Geek! Seriously, there’s a whole lot of awesome to get to this week. Glass- The long-awaited sequel to M. Night Shyamalan’s Unbreakable is fiiiiiinally here. Here’s a film I never thought we’d see. Hell, up until a few years ago I had no idea Shyamalan even had a sequel planned. After films like About Earth and Lady In the Water it’s easy to understand why Glass didn’t get greenlit sooner, but enter Split and an amazing performance from James McAvoy and here we are. I have been hit and miss with the majority of Shyamalan’s work post Signs and outside of the success of Split, I should have every reason to believe that Glass will be another disappointment. Yet here I am, hopeful and really excited. Like, really excited. I loved Unbreakable and look forward to seeing how Shyamalan brings these stories full circle. If you’re into reading reviews ahead of seeing the film then you’ll see that as of right now it’s a mix, but the one constant is that McAvoy and Samuel L Jackson deliver. That’s enough to put my butt in a seat. 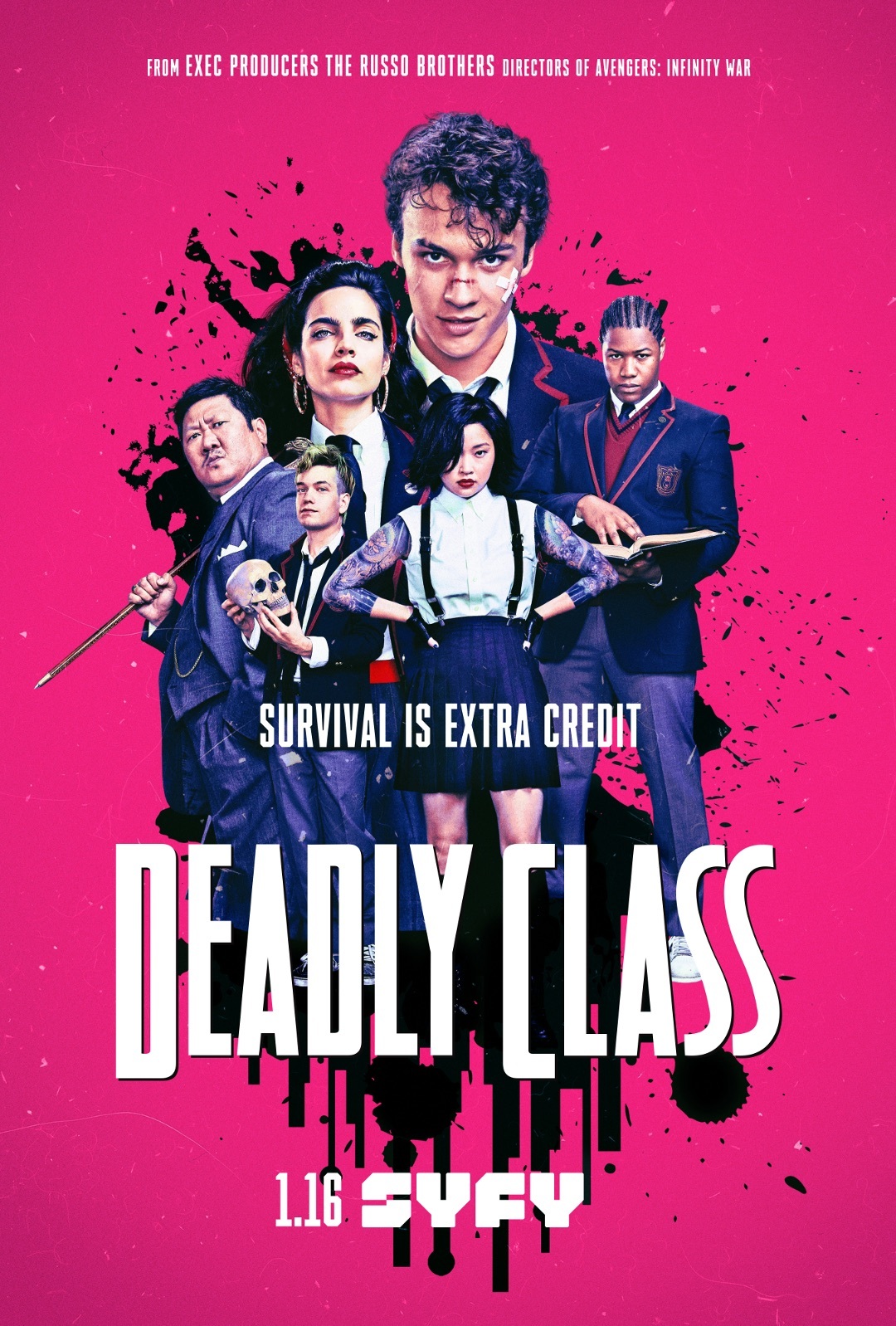 Deadly Class– What a week to be a Deadly Class fan! Wednesday will be a celebration of the comic series in multiple mediums as the much-anticipated issue #36 will hit the shelves picking up on the events of the last story arc that saw our heroes licking their wounds and preparing for their next move. Things are pretty tense between the group and our villains have been built what seems like their first blow. I learned pretty quickly through my binge reading of the series to expect the unexpected, get attached to characters at your own risk, and prepare to have your mind blown. Hands down Deadly Class is my favorite comic on the shelves right now!

If you wanted bonus Deadly Class awesomeness then be sure to tune in to SyFy Wednesday night (currently can’t find the time #imsick) for the first episode of the new tv series!  I got to see the pilot during NYCC and it’s quite excellent. If you’re worried about the show not being able to capture the tone of the book, let me tell you, there’s no need to worry. Rick Remender wrote every script of the show to guarantee that wouldn’t happen. Very much looking forward to seeing how SyFy adapts the content, and you can find all my thoughts over at Fan Fest as I’ll be handling reviews!

The Passage– I don’t know if you guys ever read Justin Cronin’s The Passage trilogy, but if you did then you know what an incredible series those books were. Released at a time when vampires were glittering for zero reasons, The Passage helped re-establish vampires as the scary, bloodthirsty, monsters they are. And now those scary, bloodthirsty, monsters have a show on Fox! Starring Zack Morris of all people! I’ll be curious to see what timeline the show chooses to focus on as the book takes place in the present and a hundred years into the future. Perhaps it’ll be just the origin story and later seasons will be what happens next, either way, Fox has themselves quite the property. Here’s hoping that they do the books justice.

The Punisher- I really like how Netflix has marketed the second season of The Punisher despite knowing that they’re pretty much done with Marvel content. One trailer. A week before the release date. Enough to remind me that the show is coming and to get me hyped as hell. Things look like they’re going to be violent as ever on The Punisher and I’m here for it. Jon Bernthal is the Frank Castle we deserve and The Punisher is definitely in my top three favorite Marvel Netflix shows. I was pleasantly surprised with just how good season one was and am really excited to see where this story goes next. If the trailer is any indication there will be blood… plenty of it.

There you have it Geeklings, all the best of the week. There actually is a little more but my sick brain can handle no more. What are you guys the most excited about this week? Be sure to sound off in the comments or throw me a line on Twitter @iamgeek32. I’ll see everyone back here tomorrow perhaps with a Spider-Man Far From Home trailer review… whaaaaaaaaaaaaat?!