Yesterday I may have read a couple of columns that stated that you were thinking about doing a modern-day Home Alone. Not so much a reboot but a reimagining of the franchise. Something to put on the upcoming Disney+ for a brand new generation of viewers. Well, on behalf of everyone (and yes I’m willing to put the term everyone on my shoulders)…

Why?! Why would we possibly need this?! Especially when the original still hold so much stock. Despite what people like Bill Simmons say, Home Alone is probably a top ten Christmas movie. All time. Sure, the sequel suffers from the Die Hard 2 of it all. Seriously, how many Christmases can this poor bastard be left alone? After a while, this just becomes a sad story of child neglect and crappy parenting.

Honestly, you’ll be hard-pressed to find a reimagining that could match the magic of the first film. Just look what happened with the third installment. You take out Macaulay Culkin and it all turns to crap. Granted, that’s not something you can say in today’s current climate, especially with a straight face, but it certainly applies to whatever that third film was.

On top of that, I don’t think it’s possible to remake, reboot, or reimagine this film considering that the Wet Bandits would be dead within the first five minutes of trying to enter the house. Suddenly, Home Alone turns into a dark exploration of a child living out his darkest fantasies where he comes up with crazy ideas that result in killing grown-ups.

You know, on second thought that could work. This reimagining could center on Macaulay Culkin now, years after his two awful Christmases, just looking to recapture that feeling. So what does he do? What any sadistic child who grows up would do… he becomes a serial killer. A serial killer who waits to his victims are, wait for it… home alone. I could maybe get on board with it. I mean, look at Culkin, it’s not like he has a lot going on right now. 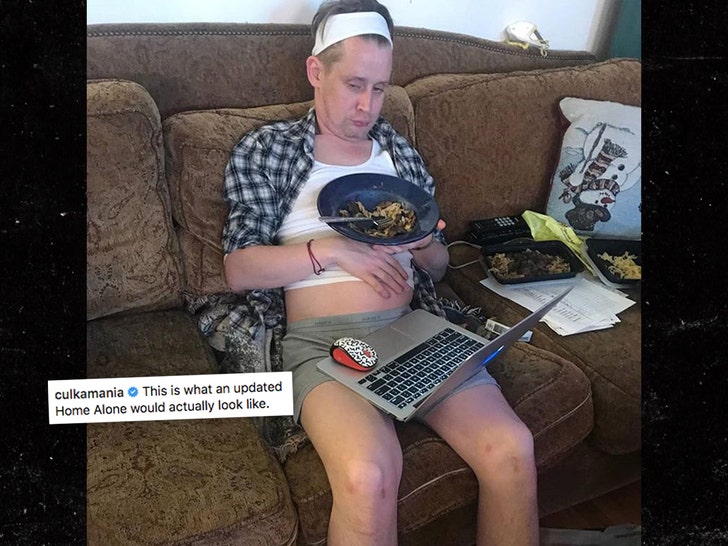 Then again, this is Disney and something tells me that exploring an American Psycho type version of Home Alone isn’t exactly in the cards. So, why don’t we stick to the first sentiment?

On behalf of everyone, yes everyone, please just leave this be. We don’t need or want this. It’s okay to keep things the way they are. That’s what makes them precious.