Geeklings, today feels like a good day. Well, mostly a good day. My vacation ended yesterday and I’m back at work wearing real people clothes instead of spending my day in the pool reading. Oh, and it’s testicle levels of hot out which is uncomfortable in a second-floor apartment that only has one air-condition. And it’s Monday which means this is just the start of the workweek… otherwise, it feels like a pretty good day.  Don’t you think? I’ll take pretty good on a Monday. It sure beats shitty or no good terrible blah blah blah.

You know what makes this Monday the most good? The most awesome? The most, Monday? We finally have enough content to do a new Week In Geek! It feels that during this pandemic our Week In Geeks has been too far between and it’s rough when there isn’t a whole lot of content coming out. Movies are at a standstill. Comics had been paused. We mostly only had streaming but I’m confident in saying that this Week In Geek feels like an old school version of the column. There’s a lot to look forward to this week which means lots of new content for your eyeholes. Which is exciting for me because it means my keyboard is going to be getting some work. I didn’t realize how weird of a sentence that was until after I typed it and now it’s too weird to omit.

Let’s get rolling, shall we? A busy week and I don’t want to waste any more time…

The Umbrella Academy season two– That’s right, everyone’s favorite family of weirdo superheroes tasked with saving the world are back this Friday with the looooooong awaited season two. Seriously, it feels like forever since we last hung out with the Hargreeves and that season finale left me with a lot of questions. Good thing the Mrs. and I plan on re-watching all of season one heading into this Friday to refresh. Nothing like being prepared. As for what to expect with season two? How about time travel baby! How about the end of the world? How about trying to figure out how the family was sent back in time and what needs to be done to fix whatever they broke. I also expect the same off-brand humor and weirdness that made the first season such a delight. I for one can not wait to attend the Umbrella Academy again! This will seriously get me through the week.

Emmy Nominations- It’s that time again Geeklings, where yours truly gets that award show fever. I’ve been following the campaigns. I’ve been making my opinions known. And now tomorrow, I will be either be able to jump with joy based on nominations or write an angry column discussing why the Academy is wrong. Again. Let’s hope for a little bit of both. Makes for a more interesting read. What do I expect for tomorrow? I honestly have zero clue. I’ve never been able to figure out the Academy but if it was up to me then I’d see big nominations for Watchmen, Better Call Saul (including Rhea Seehorn!), Ozark, with hopefully some BoJack Horseman and Good Place nominations to tickle my heart. Sure, even putting this out to the world almost guarantees that it won’t happen but I’m trying to be optimistic here. We’ll see how that goes in tomorrow’s column. 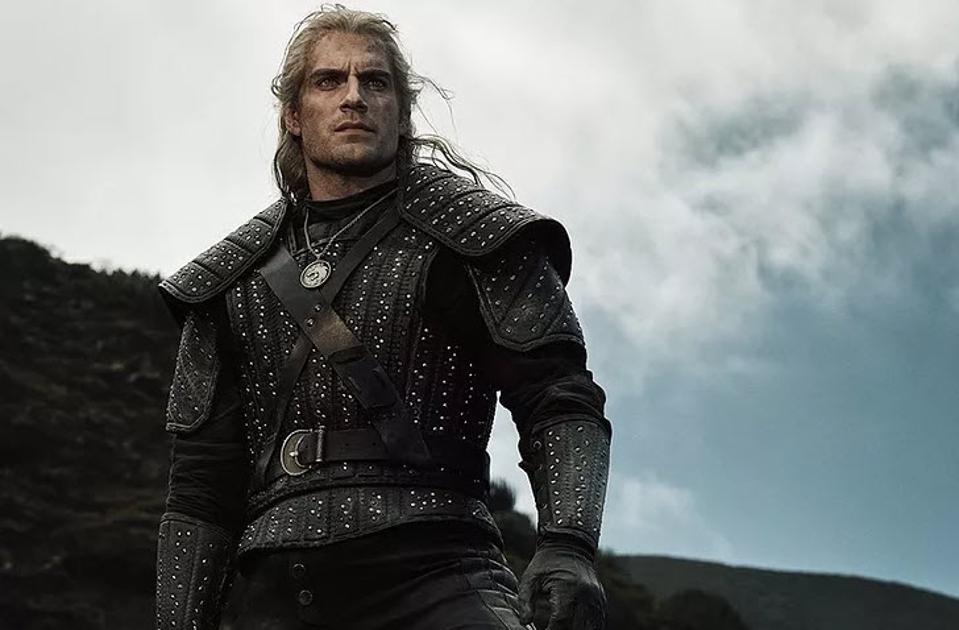 The Witcher: Blood Origin- Did someone say The Witcher prequel? Yes, Netflix said The Witcher prequel set 1200 years before Geralt. That’s right, looks like we’re going to be meeting the first Witcher ever in a six-episode spin-off series looking to expand this universe. There is no doubt that The Witcher was a hit for Netflix and with the fantasy television kind of wide-open now that Game of Thrones is gone, I fully expect the streaming service to cash in on the property. It helps that it’s a rich text with many stories and if rumors are to be believed this won’t be the only spin-off we see. Of course, with the pandemic who knows when this will start production, but it has been greenlit and it will be coming our way eventually. I’d say that’s enough to get people to start a re-watch.

Marvel’s Helstrom- We got our first look at Marvel’s next Hulu series, Helstrom, this weekend during Comic-Con@Home, and let me tell you, I’m intrigued. Marvel television sometimes leaves me puzzled. Are these shows a part of the MCU or are they just stand-alone series? Agents of S.H.I.E.L.D. started as apart of the MCU and then… stopped? Daredevil, Jessica Jones, and Luke Cage also seemed like they were tied in but now they don’t exist anymore and that question doesn’t matter so much. When it comes to Helstrom though, well, the rumor is that this is a stand-alone story that is apart of the MCU, but what the hell is it about?! I hope you’re down for some supernatural horror because that’s what we got going on here which makes sense when you consider the fact that the main character is the son of the devil. No big deal. I’m curious to see Marvel dip their toe into some darker storytelling. Who knows, maybe this will breathe life into more Hulu. A deal that has already hit a few problems but maybe Helstrom will be starting a new trend. If nothing else, it’s new Marvel content in a world without currently without much Marvel content.

There you have it Geeklings, all the best of the week ahead. What are you looking forward to the most? Sound off in the comments or throw me a line over on Twitter @iamgeek32. Let’s kick this week off in style.