Geeklings, we did it! We’re here. The end of the year is upon us. As I sit here reflecting on the year that was, I can’t help but think of Jason Mendoza when I say “my year started about a year ago…” Doesn’t’ that kind of perfectly sum up 2019 in a nutshell? It just seems so damn appropriate.

2019 has been a year, hasn’t it? Like any year it had its ups, downs, a part where it started spinning out of control, then went sideways, and finally settled long enough for us to get ready for 2020. Among all that, there were some serious kickass moments in pop culture which means it’s time to celebrate them. I know you’ve been waiting all year for this and I can’t blame you. It’s time for…

Now let me preface, despite how hard I try, I was unable to watch/read/experience everything this year had to offer. There’s only so much time I have trying to plan a wedding, maintaining a social life, reading, writing, playing video games, and binge-watching shows. Things are going to fall through the cracks. It’s a bummer for sure but it gives me things to do in 2020 as new kickass pop culture moments begin to take off. With that being said, I was unable to see The Joker (mostly out of interest), The Irishman (finding three and half hours is tough), Marriage Story (need to figure out when I want to cry), or The Witcher (stop yelling, it’s happening early 2020) which will explain their absence from this list. My apologies in advance.

As always, this is my opinion. These were my Top Ten favorite things of the year. I don’t expect them to be the same as yours. That’s what makes opinions so great! You have one and I have one. I’m down for any and all discussions, debates, and polite arguments with the items you find here. Let’s make it fun. Don’t be scared to share your lists too. Celebrate the things that made you happy in 2019! 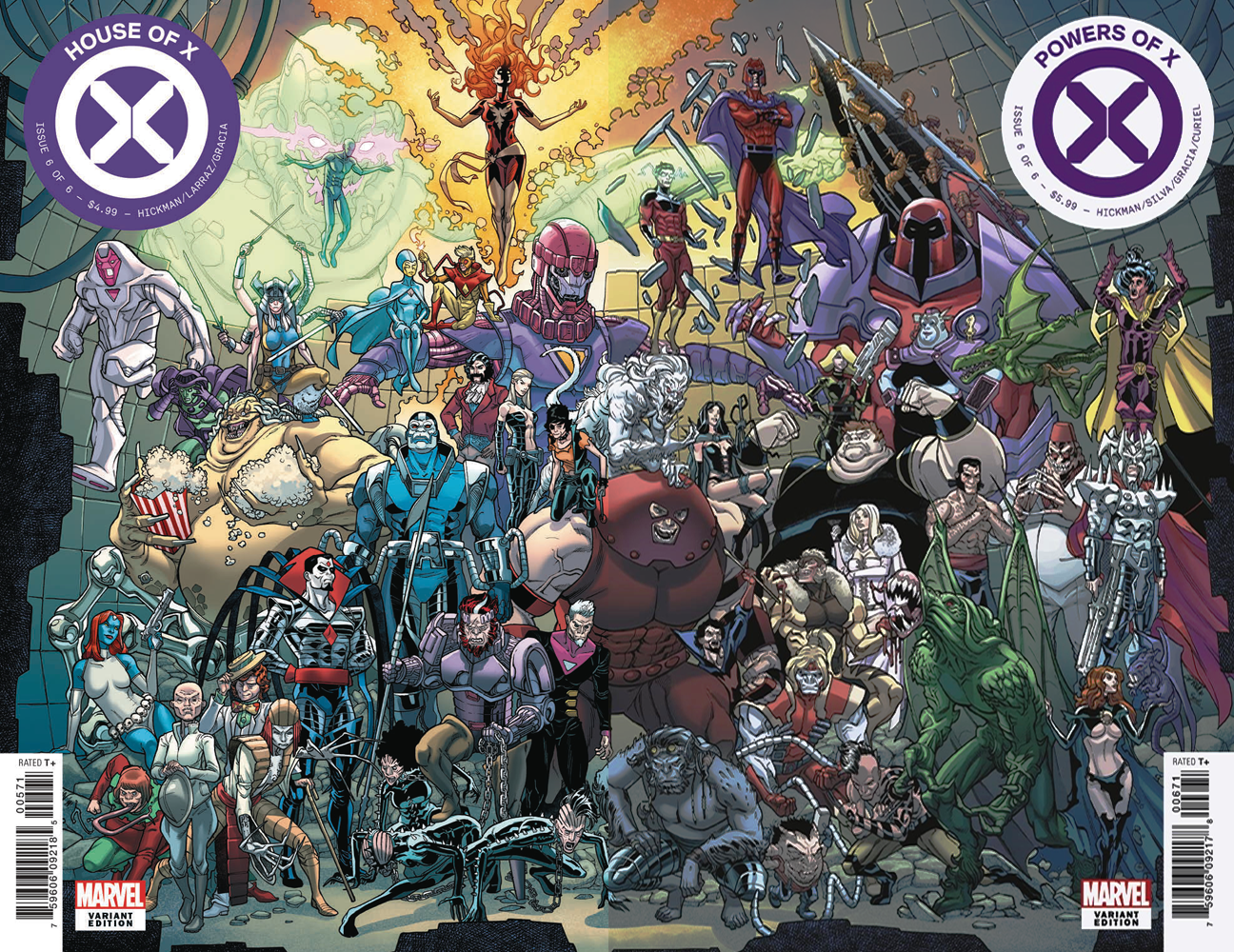 5. House of X/Powers of X- 2019 was an incredible year of comics. With titles like War of the Realms, Absolute Carnage/Venom, Friendly Neighborhood Spider-Man #6, Batman, and Doomsday Clock hitting the shelves there was plenty of mainstream books to indulge in. On the indie side books like Black Hammer, Something Is Killing the Children, and the Paper Girls finale brought feels and thrills but there was one title that kind of stood above the rest. Of course, I’m talking about Jonathan Hickman’s tremendous X-Men revival with House of X and Powers of X. What a polarizing twelve weeks this series brought. Not only did Hickman make the X-Men relevant again, see ya Inhumans, but he completely changed the game. Basing everything off of the many lives of Moria MacTaggert, Hickman found a way to keep years’ worth of continuity while also creating something new for everyone’s favorite mutants. This story feels exciting, fresh, and slightly scary as the X-Men have separated themselves from mankind no longer pursuing harmony but peace. Things are very cult-like and it seems that we are building to some kind of confrontation somewhere down the line. In the meantime, X-Men books are exciting again and something to keep an eye on going forward. Hickman has big plans for the mutants and I’ll be there every step of the way.

4. Watchmen- This easily could have been the number one spot. Hell, any other year it might have been. What Damon Lindelof did with Watchmen should have been impossible. A sequel to the iconic comic series by Alan Moore and Dave Gibbons? Not possible. In fact, it seemed so impossible that I was skeptical about the show once I heard about it. When that first trailer dropped during San Diego Comic-Con those feelings of trepidation started to vanish pretty quickly. When I got an advance screening at New York Comic Con those feelings were all but gone. Watchmen succeeded in doing the impossible. This is the sequel we didn’t know we needed. HBO’s Watchmen is compelling. It’s socially relevant. It’s moving. It’s unlike anything else that is currently on television. It’s that rare occasion where one season feels like enough. Just let this story exist and the weight of it to resonate with viewers. Not only does it forge new ground within the Watchmen comic but expands its universe in ways that feel momentous and loyal. Then throw in three soundtracks by Trent Reznor and Atticus Ross and Watchmen was a perfect storm of awesome. A show that demands to be watched. Immediately.

3. Star Wars– What a year to be a Star Wars fan. As I was comprising my Best of 2019 list, I listed a number of different Star Wars items. Of course, at the top of the list was Baby Yoda (naturally) who easily deserves his own spot on this list. But then throw in The Mandalorian as a whole, Jedi Fallen Order, and the polarizing Rise of Skywalker and it just seemed to make sense to put all things a galaxy far, far away together. Baby Yoda gave us a glimmer of hope for the Star Wars fandom that maybe, just maybe, we can all agree on something. The finale of The Mandalorian proved that the show was more than just a vehicle for Baby Yoda and his lack of merch. That finale was packed with the feels and has me generally excited for season two as elements from the animated series are finding their way into the live-action series. Jedi Fallen Order has been a blast, I’m not finished, but the story is rich and complex. It’s wonderful wielding a lightsaber and battling foes with it but there is nothing more satisfying than using the Force to push a stormtrooper off a ledge. I’ve been waiting for that moment my whole life apparently. As for The Rise of Skywalker… read our review again to see our thoughts. I stand by my enjoyment of the film and look forward to seeing it again. As toxic as things can get within this fandom there is no denying that 2019 was an excellent year for Star Wars content and 2020 looks to be more of the same with Disney+ now in the mix. The Force is strong, Geeklings.

2. Stranger Things season 3- Hawkins, I love you! After such a long absence there was some concern that Stranger Things wouldn’t return with the same level of awesome. That maybe the interest wouldn’t be there. That maybe releasing it during the Fourth of July holiday would limit the viewership. All of that proved to be false as the third season of Netflix’s smash hit were some of the shows best work yet.  What makes Stranger Things work isn’t just the constant nostalgia fuel but the emotion and heart of the characters and season three took some deep dives into a number of different fan favorites. As these kids continue to grow the relationships on the show continue to be tested and season three plants those seeds of growing apart delicately. The whole season wasn’t a bummer though. There’s a lot of fun and Hawkins like hijinks to get involved in. The Scoop Troop (Dustin, Steve, Erica, and breakout Robin) stole the show and the Upside Down seems as dangerous as ever. With an ending, I still don’t totally believe but doesn’t negate it pulling on my heartstrings, Stranger Things continues to excel and be one of the best things on Netflix. I’m not sure how many seasons we have left, my guess is two, so I plan on enjoying Stranger Things as long as I can. Just remember to leave the door open three inches. Please. For the love of God. 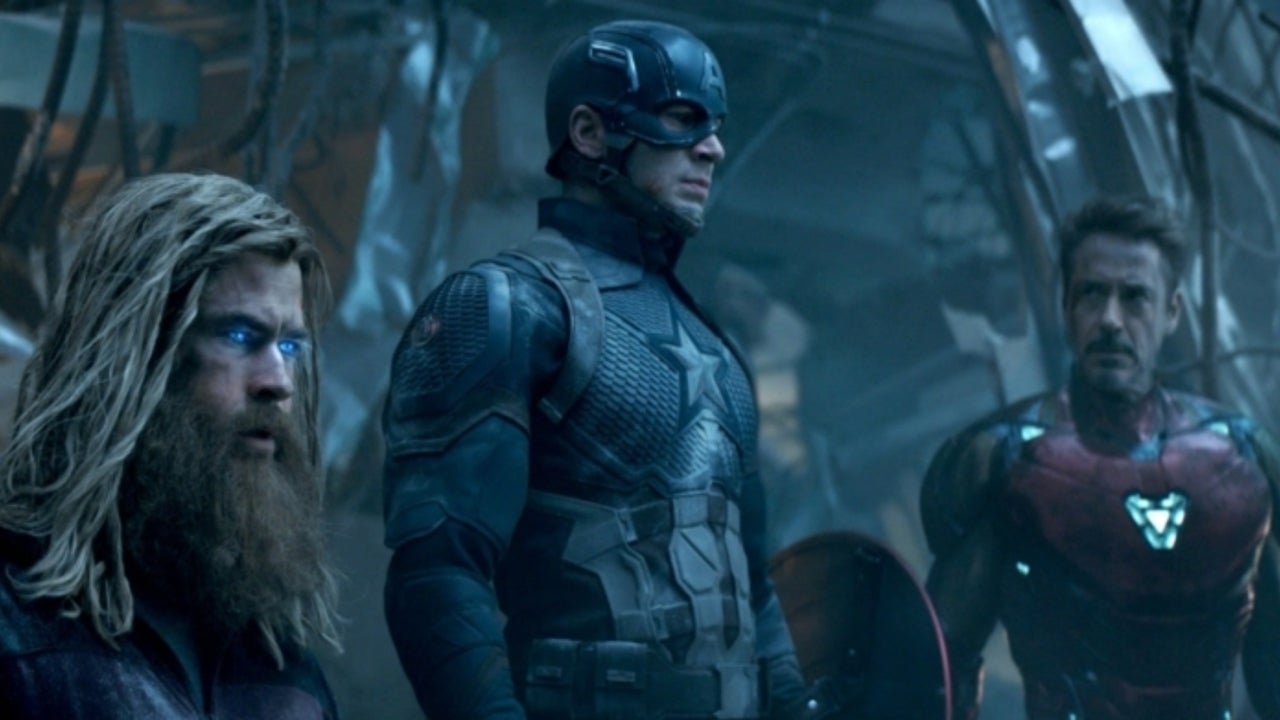 1. Avengers Endgame– Honestly, what else could have filled our number one spot? Some might even say that this choice was… inevitable. Was there anything bigger than Endgame in 2019? Off the top of my head, I can’t think of one single thing that eclipsed the power of this movie. Endgame, for lack of a better term, changed the game. It brought over twenty movies together for a stunning conclusion while opening the door to the future of the franchise. No easy feat but one that was accomplished almost effortlessly. I could have spent the entire year speaking about Endgame and some of you would argue that maybe I did. I have zero shame in my game. Endgame was incredible, my favorite thing of all of 2019. I loved it three thousand and then some. What Marvel has done with the MCU is unheard of and probably won’t be duplicated to this magnitude ever again. A love letter to comic books, comic book movies, and childhood nostalgia. In short, it was everything.

There you have it Geeklings, the I Am Geek Best of 2019 is complete. What are your thoughts? Did your list differ and if so please share. Always excited to see what you guys think. As we put 2019 to bed I just want to thank you all. This was the best year in the site’s short history. Our readership went up fifty percent giving us our most traffic and reads yet! Very excited about what 2020 has to offer and I can’t wait to share it with all of you. Thank you so much and if you keep reading, I’ll keep on writing.