Geeklings, it’s the Monday after the Super Bowl, I didn’t win any of my pools, I had to work, and I’m in the process of getting sick. Yay February 3rd! I’m more concerned about the sickness part than anything else honestly. Nose is stuffy. Throat is sore. Body is tired. I’m in a general state of “meh”. I could most certainly use a nap… and some comic books. I did some catching up this weekend. I wouldn’t mind playing a little more Jedi Fallen Order or watching all the MCU movies at once. But mostly, I want to sleep.

Before that can happen though we need to talk about this week because it’s going to be a good one, my friends. Tons of things to look forward to making this first week of February not only a celebration of the ending of January (which was two years long) but something you can’t miss.

Now if you’ll excuse me, I’m going to jump into things. The sooner you guys know about the awesome the sooner I can rest. Let’s get this started with…

Disney+ MCU Trailers- The commercials during last night’s big game were kind of on the subpar levels but Marvel/Disney saved this gem for the fourth quarter. Like a Hail Mary pass saving this year’s Super Bowl trailers from mediocrity. The real surprise here is how this teaser covered more than one show. I thought for sure this would be Falcon and The Winter Soldier centric but we also got some unexpected looks at Wandavision and Loki… and they did not disappoint. I’m here for Sam learning how to throw the shield. I’m here for allllll the bananas bonkers action of Wandavision including Wanda’s classic comic outfit, the Tom King influences, and babies (?!?!). I’m here for Loki in prison (???) and curious about how that happens since he’s screwing with the timeline. Marvel/Disney dropped a bomb late in the game last night and it’s seriously the only thing I care about today.

Locke & Key- I really think Netflix has another breakout series on their hands with Joe Hill’s graphic novel series, Locke & Key. I’m getting those Umbrella Academy like vibes here. The story is creepy and engaging and based on the trailers this thing looks to be visually stunning. The history behind the show is fascinating and its journey to our screens has been quite the adventure. Now that it’s here though, I fully expect it to become a part of the pop culture lexicon. It’s only a matter of time before people start collecting these keys and searching for the doors they open. 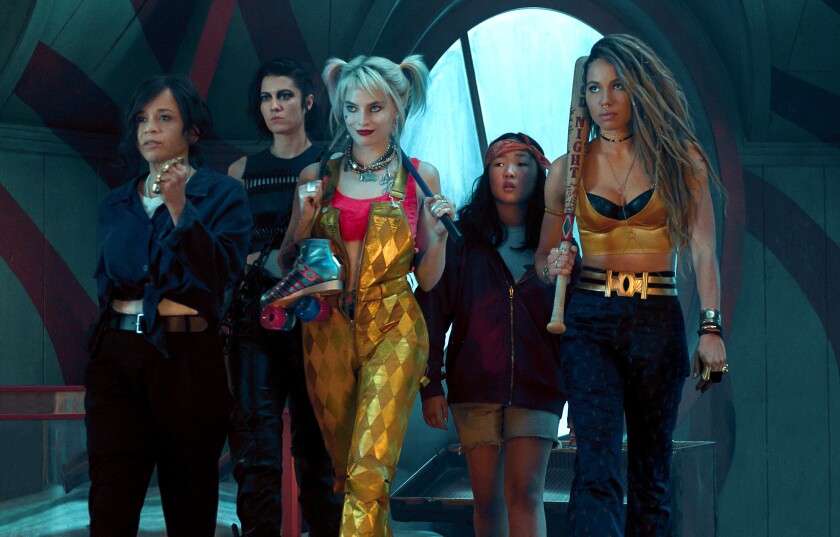 Birds of Prey and The Fantabulous Emancipation of Harley Quinn- The charm of these trailers won me over and I went from having zero interest in this film to kind of excited for it. Not over the moon opening day excited but excited to the point where I would go during a rainy afternoon… probably. While the Birds of Prey look like they’ll be playing second fiddle to Harley Quinn, we should probably be honest with ourselves here, Harley Quinn is the main reason most non-comic nerds want to see this. And who can blame them? Margot Robbie is infectious with her portrayal of Harley and BoP looks like the bright silly fun the DC Cinematic Universe can use right about now. It’ll be interesting to see if DC can continue their hot streak.

Fast 9- John Cena is Dom’s brother?! Han is alive?! Dom Tarzan swings a car off a cliff?!?! Charlize in a mushroom cut?!?!?! This trailer is batshit bonkers and I am here for every freakin’ second of it. I love how these movies keep going further and further over the top and don’t even care. They are pure spectacle wrapped into adrenaline. At this point, they could turn a car into a spaceship and I’d still go no questions asked.

There you have it Geeklings, let’s keep our fingers crossed that yours truly gets better. In the meantime, what are you looking forward to the most this week? Be sure to sound off in the comments or throw me a line over on the Twitter @iamgeek32. We got hot fresh content for your eyeholes all week. Prepare yourselves.