Avengers Endgame is the end of an era. Eleven years of film making. Twenty-two movies within one connected cinematic universe. Everything we’ve been watching has been leading to this moment right here. Our original six Avengers are looking to avenge their fallen heroes and friends. To avenge a world that is left in complete disarray because Thor forgot to aim for the head. Thanos caught him monologuing and snapped away half of the population in the universe. Whoops. Now… now, we fight back.

For months now, I’ve come here and spoken about my constantly rising excitement levels. Now, only three days away from Endgame, I barely know what to do with myself. The Red Carpet premiere was last night and, I’m not going to lie, I paid attention. It was a blast seeing all these faces come together to celebrate such a monumental achievement in film making. Something that we’ll probably never seen done to this capacity again. Everything from Brie Larson and Scarlett Johansson rocking Infinity Gauntlet themed jewelry to Chris Evans’s sincere thank you to the fans all the way to Robert Downey Jr. arriving in true Tony Stark fashion. It was a celebration that brought together everyone… even Natalie Portman was there. Start your speculating now.

While Endgame has yet to drop, I don’t think it’s out of the realm of possibility to start thinking about the future. The Marvel Cinematic Universe does not end with Endgame. Yes, the journey for a number of our heroes will conclude and it will sad, but the MCU will go on. There is a fourth phase to look forward to and while everything has been hush-hush we know sequels to Spider-Man, Black Panther, Guardians of the Galaxy, and Doctor Strange are all in the works. Endgame will play the role of closing out one massive, glorious chapter while opening the door to something new. When you think about it, it’s almost staggering the load this movie is willing to carry.

With that being said though, one has to believe that there will be other Avengers movies. I don’t believe it’ll be anything on the same scale as this Infinity Stones saga, but this fourth phase will certainly be leading to something, but that’s not what’s important right now. As much as I want to know what the future holds, I’m perfectly content enjoying this moment. After that, we can start speculating for Secret Wars, the Fantastic Four, Doctor Doom, or a ton of other awesomeness.

But who is going to lead us there? Who will comprise our new team of Avengers? Well, I’m completely down to speculate about that. As we look to say goodbye to a number of old friends and heroes, I think we should start wondering who will be left to protect the world, and I Am Geek has got you covered with the I Am Geek Phase Four Avengers predictions. Starting with… 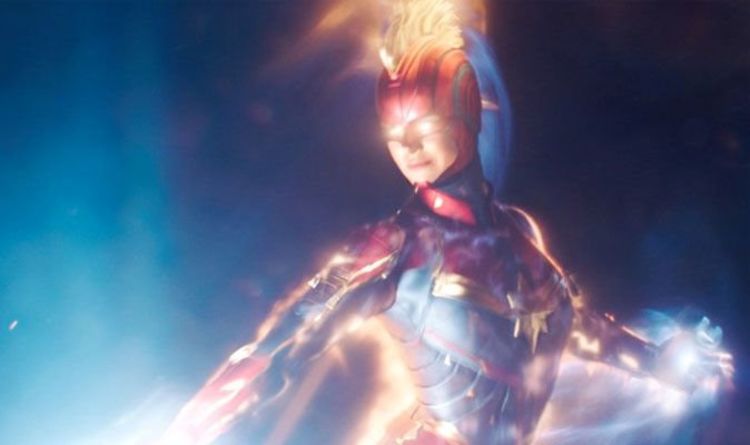 1. Captain Marvel- The future of the MCU runs through Carol Danvers. She is the wild card needed to help bring down Thanos. She’s even got the approval of Nick Fury and Thor as well. When the dust of Endgame settles (too soon?) we will be left in a world where Captain Marvel is co-leader of a new Avengers team. I mean, she’s kind of the strongest person in the universe at this point. She’s able to make sound decisions and listen to the people. Just look at her interactions with the Skrulls. Carol Danvers is a leader this team needs. The moral compass to take the place of Steve Rogers. Wouldn’t you want her leading the charge to protect earth? Of course, you would! Plus she comes with an alien cat. What more do you need here?

2. Black Panther- I did say co-leader, didn’t I? I know what you’re thinking, “Kevin, T’Challa is dust” and you are very, very correct. But come on! You don’t think that the original six Avengers don’t bring him back? You’re out of your mind. T’Challa is the leader of one of the most powerful organizations in the world with Wakanda. He brings super technology the world has yet to see with him. In that respect, he can replace Tony, but he also has a sound mind and is just. With him and Carol Danvers leading the way, this new team of Avengers will be in great hands.

3. Spider-Man- Stark already made the kid an Avenger on the way to Titan, it’s kind of a no brainer that Spider-Man would be a part of this team. This is something that Peter Parker has striven for since becoming Spider-Man. Now with the original Avengers passing the torch, it makes sense for Peter to take what he’s learned from Tony Stark and apply it the future of the world. The leadership of Black Panther and Captain Marvel will help further shape everyone’s favorite neighborhood Spider-Man, as he continues to grow to the hero he is meant to be. 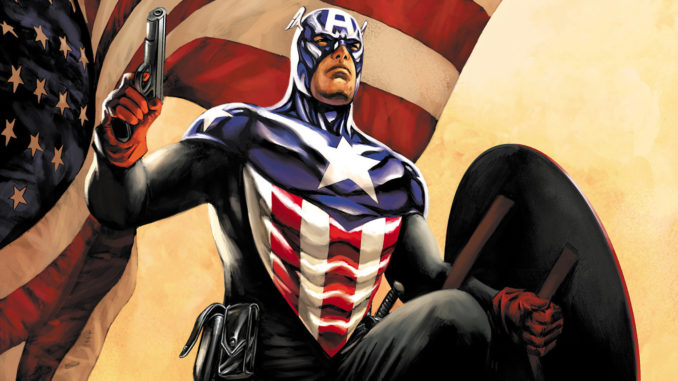 4. Bucky Captain America- Come on, you can’t have an Avengers team without a Captain America. Based on the events of Endgame, I think we either lose Steve Rogers in the most heroic, heartbreaking act ever or he steps down from the mantle. You can use the upcoming Disney+ series, Falcon & Winter Soldier, to figure out who picks up the shield next. But it has to be Bucky. This is a character that has a tremendous amount to atone for, and being Avenger not only gets him to carry on the legacy of Steve Rogers but do some good in the world. It also adds an interesting dynamic in having a character that the rest of the team might not entirely trust. Bucky Cap is coming though. 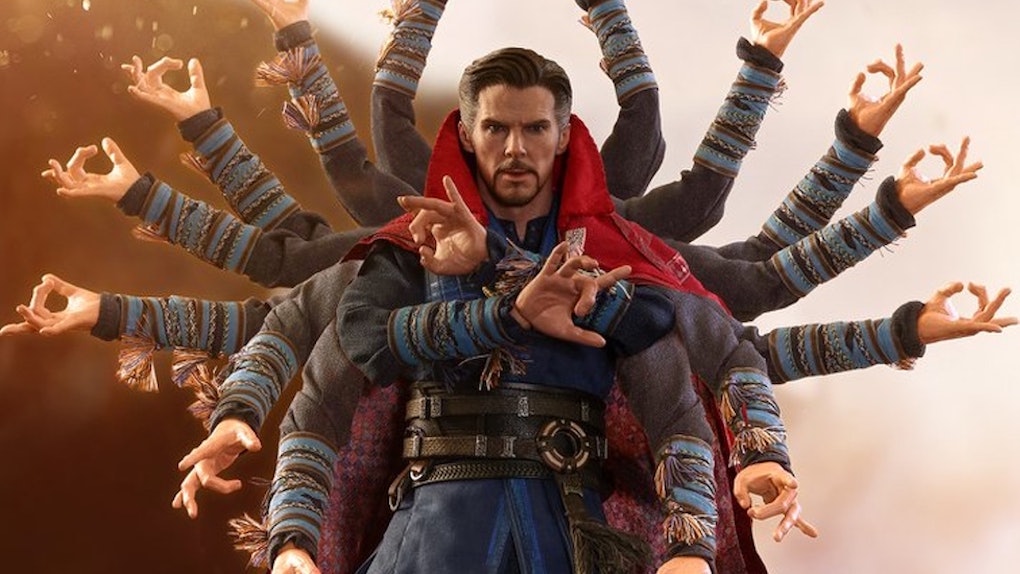 5. Doctor Strange- I was flipping back and forth between Strange and Scarlet Witch, but I think Wanda’s path lies with Vision right now. Hence the upcoming WandaVision series heading to Disney+. While I think Strange works better in an advisor role he does fill the teams need for someone with magic capabilities. We’ve learned from Infinity War that he’s going to have to learn to play well with others, but he already has a rapport with Spider-Man and I think the leadership of T’Challa and power of Captain Marvel will be enough to draw him in. Plus, he’s kind of got a bit of that Tony Stark arrogance to him and every Avengers group needs that… right?

6. Valkyrie- All Avenger teams need a god-like entity and I think Thor might be moving on to other areas of the Marvel Universe (more on that in tomorrow’s column) which leaves a spot open for Valkyrie. She was a clear standout star of Ragnarok and we know that she’ll be returning, in some capacity for Endgame. It would make complete sense for her to join this new Avengers team… wait, New Avengers. Why didn’t I think of that earlier? Duh! Anyway, the team needs more than one strong female ass-kicker and Valkyrie definitely brings the ass kicking. Plus, the Brie Larson/Tessa Thompson relationship makes my heart happy. I have more thoughts on Valkyrie that you’ll find in tomorrow’s Thor column… yeah, that’s a big teaser but I have huge ideas for this one. 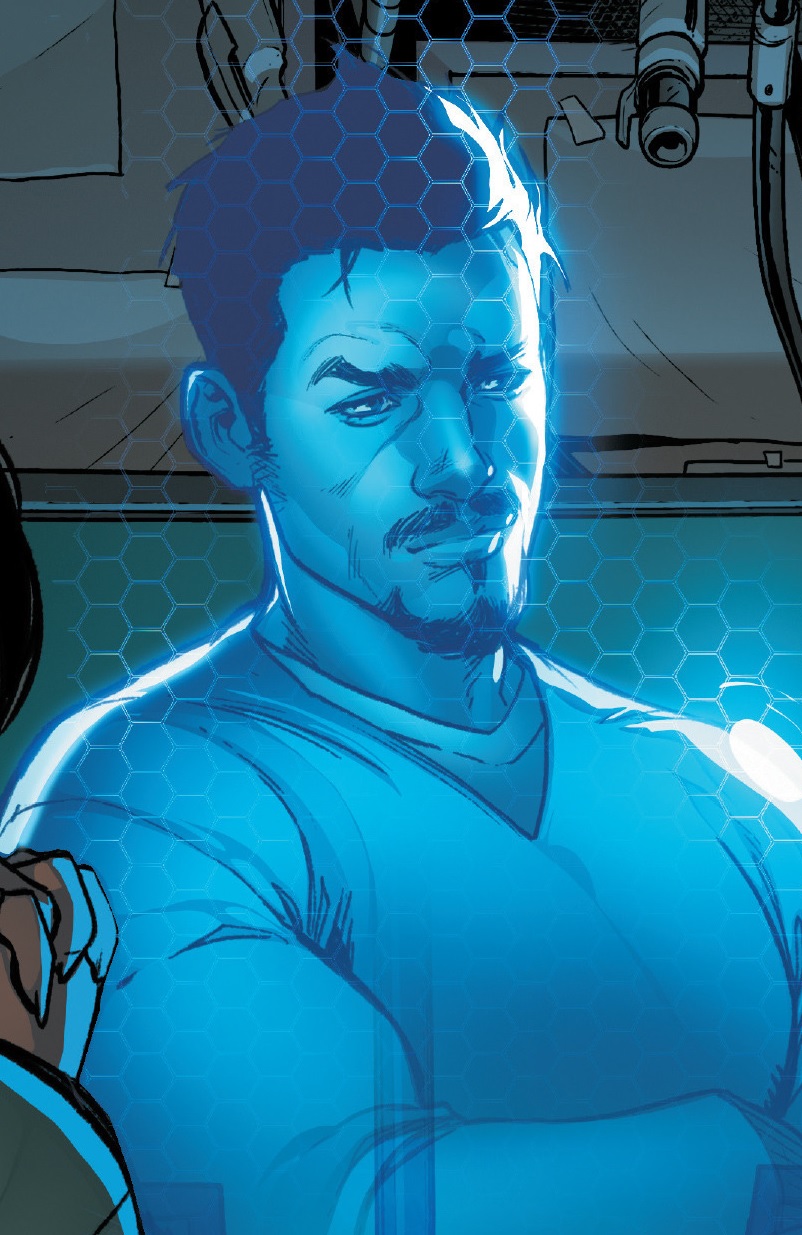 Bonus Thought- I’m just going to double down on the whole Tony Stark A.I. thing. I still can’t figure out if he lives or dies but I still think we get some semblance of Tony Stark in this new Avengers team. He can be their Jarvis and argue with Doctor Strange. Wouldn’t it be tremendous to see Strange argue with an A.I. Tony Stark that literally can learn anything at any time? Seriously, this writes itself.

There you have it Geeklings, if I was guessing what this new Avenger team is going to look like these would be my picks. Of course, I imagine you’ll have some conflicting thoughts. Great! By all means, share them with me. Let’s hash this out and create the greatest Avengers team ever assembled. Be sure to sound off in the comments or throw me a line over on Twitter @iamgeek32. Let’s break this one down as Endgame approaches.

2 thoughts on “The Next Group of Avengers”