Geeklings, I’m kind of at a loss today. I’ve spent the last four nights of this week hanging out with my sister watching the CW mega super hero crossover, Heroes vs. Aliens, and tonight there’s nothing to watch. It’s crazy how accustomed I got to four glorious nights of super hero goodness. I think I might be going through withdrawals. I suppose I could always read some comic books (there is some serious binge reading in my future) or maybe through on Captain America: Civil War to get that fix in, but I mostly want to see these characters interact with each other again in a new adventure. I don’t understand why we can’t do one of these every month or so (I bet the CW would love to explain how financially that’s impossible). What can I say, I’m a greedy geek.

I have to say that what the CW set out to do with this crossover was very ambitious, and I would argue more ambitious then anything else currently happening on our television screens (minus Netflix which is prepping eight episodes of the Defenders for next year) as it involved four different shows and a long list of characters to balance. Fans of any of the shows (Arrow, The Flash, Legends of Tomorrow, and Supergirl) know that there are a lot of moving parts and would hate to see their favorite show’s story lines cast aside for the sake of some crossover intended to sucker in new viewers. No one wants to see their favorites play second fiddle (don’t we all aspire to play first fiddle?). And while yes, a part of this event is to attract new viewers, it was not the only purpose here. The Heroes vs Aliens event was used in a way to celebrate this shared universe that the CW has created, and I have to say that they knocked it out of the park.

Each show was able to expand on the plot of the alien race looking to destroy the earths metahumans, but were also able to remain rooted in the events of what was going on within that show. The Flash still felt like a regular The Flash episode with plot advancing included (the Cisco and Barry fallout for example *sad face*) while Arrow with it’s 100th episode celebrated everything that has made that show great while showing us just what the aliens were trying to do. It was no easy feat but by the end of last night the CW displayed that these mega crossovers are something they can pull off, and we as fanboys and fangirls are the real winners here.

That’s not to say that everything went off without a hitch. The episode of Supergirl barely dealt with the conflict and only touched on the events at the very end. This easily could have been dubbed a three episode crossover but, hey, we’ve got to attract viewers. I also would argue that the holograms used near the end of Arrow were a bit goofy looking, but that’s small pickings. These characters all played off each other terrifically and made this huge universe (the Arrow-verse for those of us in the know) seem well connected.

So, what were the best parts? I’m glad you asked because I have devised a list of my five favorite moments for you guys to read over and contribute to. If you feel like I left something out sound off in the comments. Or if you just want to celebrate the week of episodes you can use the comments for that too. I tried to leave some of the awesome small moments off which mostly consisted of character interactions and well placed humor. I would love to have talked about Cisco’s Stranger Things reference, the couple of digs at Marvel (looking at you Captain America and Avengers jokes), or the very meta/amazing Brandon Routh Superman joke (“she kind of looks like my cousin”), but those were just easter eggs for us to geek out on or get offended by if you’re a Marvel kid. But seriously I can watch Barry Allen and Supergirl high five mid fight all day. Ugh, it was perfectly adorable. I can’t be the only one shipping for these two, am I?

Now what does that leave us with? Well, let’s break this thing down… 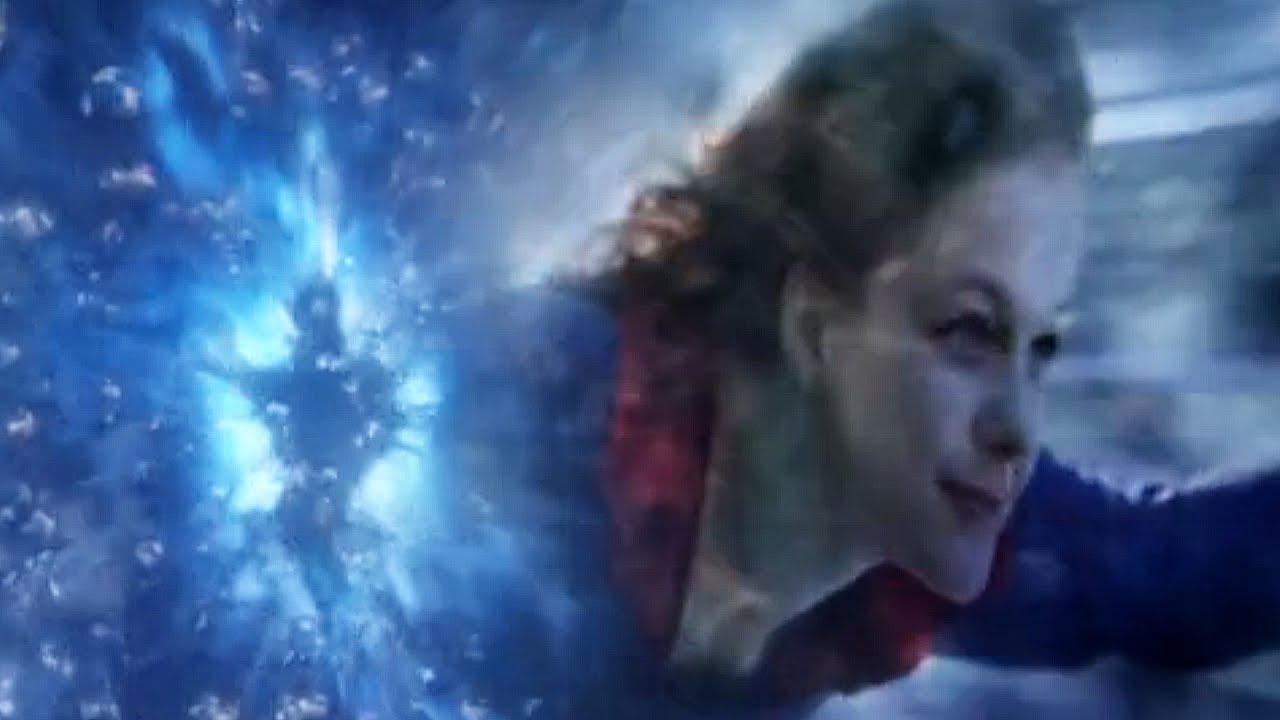 5. Bridging the gap between the Arrow-verse and Supergirl– One of the best things to happen to the CW during the off season was acquiring the rights to Supergirl, which originally started on CBS. For me, that show always felt out of place there and seemed to belong on the CW and thankfully that is no longer a problem. The only issue is Supergirl exists on a different earth (Earth 38 for those curious… yes I pay attention to these things) while our heroes live on Earth 1. Outside of Barry Allen there are no other characters who are able to hop dimensions which makes her appearances on these shows a bit more tricky. SPOILERS Well, at the end of last night’s episode Cisco gives Supergirl a device that would allow her to travel between worlds at will as well as communicate with our heroes on the regular, if she wanted to. I love that this opens the door for more of Kara Danvers adventures with these characters as she’s a darling. Plus it helps with the whole Flash and Supergirl shipping thing I said a couple of paragraphs ago. This was something the CW needed to do in order to make these worlds seem like neighbors who lend super heroes like regular neighbors lend sugar.

4. Thea Queen (Willa Holland)– I tend to be a little more critical with Arrow then I am with any of these other shows. Maybe it’s because it was the one that laid the ground work or maybe it’s because the quality hasn’t been the same since the second season, but I tend to hold it on a tougher grading scale. Throughout the years I have not been a huge fan of Thea Queen. I’ve found her to be sort of annoying and whinny and that whole half shirt phase really drove me nuts. Seriously, that whole season not one of her shirts were complete. Just didn’t seem practical. All that aside I thought that Willa Holland straight up killed it on the 100th episode of Arrow. She was able to add some real depth and heart to the character and her scene with Oliver when she *SPOILER* chooses to stay behind packed the emotional feels that were intended, and helped shape Thea in a new light for me. I thought it was one of the best scenes of the crossover and has me willing to give Speedy another chance. Until she starts wearing half shirts again cause that shit don’t fly with me.

3. The Barry Allen/Oliver Queen Bromance– Any time Barry Allen and Oliver Queen share the screen together we’re I tend to geek out pretty heavily. I love how the relationship between these two characters has grown. When these crossovers started (on a much smaller scale) it was Oliver who was the leader and Barry played the role of the young padawan. Over the course of these three years we’ve seen Barry become Oliver’s equal and, for the most part, treated as such. As a matter of fact it was Barry who ran point during the Heroes vs Aliens event and even makes the big, self sacrificing decision at the end. That was a big step forward for a universe that has always turned to Oliver for the lead. Their scene in the final episode was not only an awesome character moment between the two, but my favorite of the crossover (from a character standpoint) as it showed this universe’s two biggest heroes as friends and equals. That’s an important bond that the show runners have done a terrific job of building. Here’s to a non normal life.

2. The Importance of Flashpoint– I was a bit disappointed when Flashpoint only ended up being one episode on The Flash. I love that comic (and animated movie) and hoped that the show would explore those possibilities more. Granted, a lot of that story line isn’t do able because of certain characters, but I was hoping that the show would have tried to adapt to the plot with the characters they had at their disposal (how cool would it have been to see Robert Queen play the Thomas Wayne roll?). What I really enjoyed watching during Heroes vs Aliens was how we haven’t really felt the full fall out from Barry’s time traveling goof yet. This event allowed us to see not only how other characters were effected but their reactions, and in some cases, mistrust of Barry. These last couple of weeks have kind of raked Barry over the emotional coals and things don’t seem to be getting any better. There’s a lot of guilt to be found in the Flash and a lot has changed not only in his world but with his relationships. Clearly one of the plot threads moving forward is whether Barry can forgive himself for his actions. I was glad this event spotlighted the importance of changing the timeline and I’m curious to see more of the fallout spread through the other shows.

1. The Hall of Justice!!!- This is by far the coolest easter egg thrown into these shows as the new S.T.A.R. Labs looks a lot like the Hall of Justice. Like, identical. What does this mean for the future of these shows? I’m not sure, but it does heavily imply that maybe some where down the line that the Arrow-verse could introduce their very own version of the Justice League. The idea of that happening is enough to make this little geeky brain explode with excitement. Think of the possibilities. Superman already exists on Supergirl and Hal Jordan has been alluded to on The Flash (as has Wayne Industries). Is it possible for these characters to show up at some point? I don’t know. I think the DC Cinematic universe makes that a little tricky but right now it’s okay to dream. I’d also be alright with a new version of the Justice League.Hey, the Avengers are constantly changing rosters why can’t the Justice League?

There you have it Geeklings. What did you guys think? Did you love the crossover as much as I did? Did I leave anything off the list here? I’m all ears or in the case of the interwebs, eyes.

3 thoughts on “The Five Best Take Aways From the Heroes vs. Aliens Crossover”