Geeklings! What is going on?! Happy Monday to you all. We have got ourselves a week filled with wonderful, geek like things so what do you say we hop right into this bad boy? 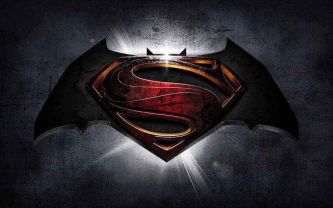 1. Batman vs. Superman– It’s finally here. The release of Batman vs Superman. Time to see how much of a shit show this movie is going to be. I’m still not holding high hopes that it’s going to be good (I didn’t like Man of Steel either if it makes you feel better. As a matter of fact I might write up my “I Don’t Like Superman” post this week at some point), but there’s no way I’m not going to see it. If you think about it, the entire DC movie universe hangs in the balance here. No pressure right? While I think the movie will make a killing this weekend it’s next week that I’d be most curious with. How big of a drop off will the film have or will it be able to steam roll the top of the Box Office for a few weeks like Deadpool? The hype machine has been very real and this is a big moment for DC as they’ve kind of put all their eggs in one basket (a super basket if you will… or don’t. That joke was funnier before I typed it. Easter is this weekend! Should have made an Easter joke!). I stand by the fact that I think Affleck will be the best thing about this movie, but hey maybe the whole thing will be good. Prove me wrong BvS, prove me wrong.

2. Batman #50– As I start to write this I just realized how big of a week this is for DC properties. Not just in movies either. I’m talking across the board. In the comic world (you know the place where all these characters originated) DC will be releasing issue #50 of Batman which is a big deal for a couple of reasons. From a story line perspective it sees the return of Bruce Wayne as Batman after months away from the cape and cowl. Second, after this issue is published there will only be one more Scott Synder Batman to look forward to. I’m not ready to say goodbye as his run on Batman has been one of my all time favorites. I believe next month will be more of a reflective issue so sit back and enjoy the awesomeness that has been Scott Synder Batman stories one last time. Try not to get misty eyed.

3. Flash/Arrow Return– Ugh. I don’t know why these shows take off the month of March but it kills me. I’ll be happy to have regular programs to look forward to Tuesday and Wednesday but it’s definitely going to screw up how much Daredevil I’m able to watch. I’m sitting at episode number six and I’m trying to prolong it but there’s no way that I’m not finished by the end of this weekend. After all  I might need something awesome to wash the taste of BvS out of my mouth. Any way welcome back to my favorite TV heroes! When we last left off in Flash we found out who Zoom was and over and Arrow love is a complicated thing. #superheroesneedlovetoo

4. Better Call Saul– I’m not just excited about this weeks episode because I’m writing reviews on Fan Fest (did you guys know that? Have I mentioned it at all?). But this week is a big moment for Breaking Bad fans as it looks like The Cousins are returning. Last week we saw the return (is it really a return if the show is a prequel?) of Hector Salamanca (Breaking Bad fans will remember him as the guy in the wheelchair with the bell) so it looks like we’re starting to connect these two universes. Plus The Cousins were two of my favorite characters on Breaking Bad. Those guys were legit badass! Think about it. They killed Danny Trejo and then put his head on an exploding turtle. I wouldn’t eff with these guys and I’m looking forward to seeing Mike’s interaction with them. Plus look out for my episode review tomorrow night on Fan Fest. You know, the site I write for but never talk about.

5. Nick Offerman American Ham– The ending of Parks and Rec has left a Pawnee sized hole in my heart that I’ve been trying to fill with Mouse Rat t-shirts (yup I totally ordered one of those bad boys) and random episode watching. I almost feel like it’s too soon to re-watch the whole series but I’m considering it. In order to bridge the gap of pain I feel without the show in my life I turned to Nick Offerman’s comedy special on Netflix. Granted I have only watched half of it (I started it around 12 o’clock last night and if I continued watching there was no way I was going to get enough sleep. I made an adult decision) and it’s been delightful. I’m pretty sure that 90% of Ron Swanson is Nick Offerman and that translates in the comedy special. Also people keep talking how they want Morgan Freeman to narrate their lives, which I’m all for. Who hasn’t looked at that “sprinkle titties” meme and not lost it? I on the other hand would like to bump Nick Offerman to the top of “Narrate Kevin’s Life” list. Now that’s a voice.