Geeklings, as alluded to on Monday’s Week In Geek, the most wonderful time of the year has arrived. San Diego Comic-Con is here and with it comes an avalanche of pop culture news. Prepare to be crushed under the weight of new trailers, announcements, surprise guests, and so much more. SDCC is the gift that keeps on giving and this weekend’s heat advisory has given me permission to hang out on social media all weekend peeping all the latest news because if I step outside I will apparently burst into flames.

Now I know that some of you can’t, or sanely choose not to spend all their time this weekend on social media, and we at I Am Geek have you covered. If you just want to know the latest happs or the trailer that has everyone talking, we’re going to gather all the awesome and put it in one easy to read, easy to find column. We’re here for you citizens who want to maintain a normal social life. We’re already on day two of the convention, and things are developing as we speak, so we’ve got a lot of ground to cover.

Sure hope you stick with I Am Geek this weekend for all your SDCC updates and news. We’ll try and have a column up every night this weekend as a round-up for the day but be sure to pay attention to our socials for trailer and news postings as they are announced. You can find us over on Twitter @iamgeek32 or head over to our Facebook page which you can arrive at by clicking here. Now without further delay, let’s get to the action!

It Chapter 2- Right off the bat this looks terrifying. The type of terrifying where I sleep with the lights in different areas of the apartment, one here one there, and fall asleep with the happiest movie I can think on. Perhaps Wall-E. Deep soul-crushing horror aside this looks incredible. I have to say that the casting is perfect here, super spot on. The visuals are stunning and stay with you, all those red balloons, and Pennywise looks to really bring it for this final chapter. Makes me want to read the book again before September… or just re-watch Chapter One.

Top Gun: Maverick- Speaking of sequels no one really asked for especially ones that arrive thirty-three years after the original, I present to you Top Gun Maverick. This trailer was not about presenting the plot of the film, no. This wanted to tickle your nostalgia buttons like an Elmo doll. I mean, am I excited for this? No. Will I watch it? Most likely. But what is Top Gun without a homoerotic volleyball game and Goose? Maybe they can get Goose from Captain Marvel to make an appearance. That would be sweet. Other than that, is it me or does Tom Cruise look like he might finally be aging a little bit? Perhaps his alien overlords are failing him with the eternal youth they promised him. Outside of that, I’m excited for the crappy “Danger Zone” remixes that will no doubt accompany this film’s release.

Jay and Silent Bob Reboot– This trailer actually dropped earlier than expected and is what I figured a new Jay and Silent Bob movie would be. It’s clear that Kevin Smith is looking to play the hits here and that’s all fine and dandy although I will say that the cursing seems less organic and more for the sake of cursing. Outside of that, there are a ton of cameos to be found here. Is that Matt Damon looking like he’s wearing his Dogma costume? Yes. Is that Ben Affleck?! Yessssss. Cue the music and get ready for another Jay and Silent Bob adventure. 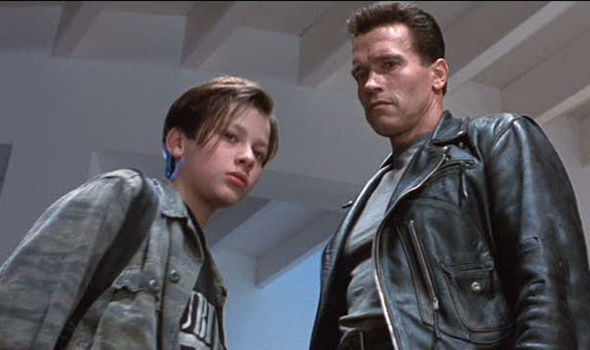 Terminator Dark Fate- Edward Furlong is returning to play John Connors. That’s all you need to know. The breakout star of Terminator 2 is returning to his iconic role. Look, folks, it’s not like he had a lot going on but it still feels super cool. I would argue the Terminator franchise hasn’t been good since Judgement Day and perhaps the inclusion of Furlong and Linda Hamilton can bring this series back to the glory of yesteryear. How much you want to bet there’s an “hasta la vista baby” gag somewhere in here? I went from having very minimal interest in this film to some actual curiosity.

Cats- To quote Boromir from The Fellowship of the Ring, what devilry is this?! Seriously… I don’t know what to say about this other than the fact that it is straight nightmare fuel. So many questions… like why? How dare you? Again, why?

The Russo Brothers- This one is going to be a tough one for me to discuss. I came here last weekend foolishly believing that the Russo Brothers were possibly hyping the potential of the long-awaited Community movie. Six seasons and a movie! It was going to happen. And then… this panel dropped and the Russo Brothers didn’t mention Community once. Not once. Nothing. Sure, there was a ton of Marvel stuff like how they want to direct a four-part Secret Wars film, not anything we haven’t heard before. We learned that there next movie Cherry would star Tom Holland and there was a slew of things that the two Endgame brothers would have their hands in. Like a Magic the Gathering anime. But again, not one word about a possible Community movie. Why do I allow myself to get hurt like this? Why?! 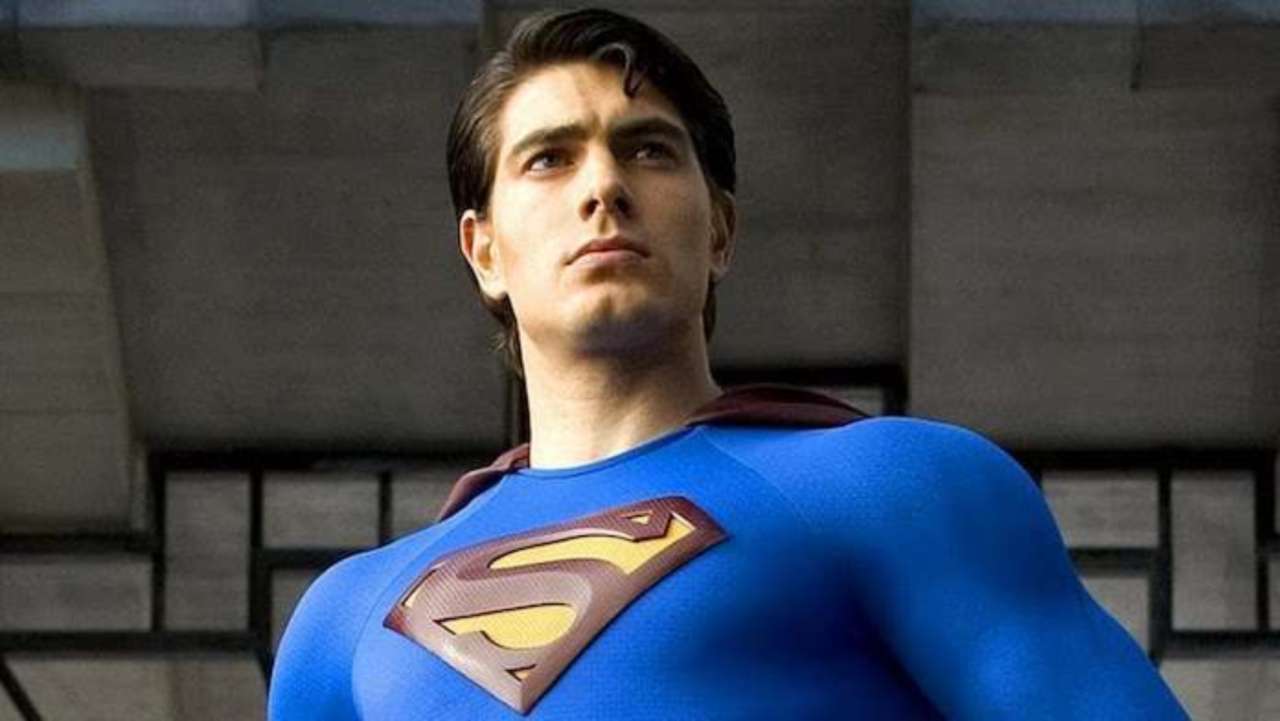 Brandon Routh’s Return as Superman- We know that the majority of CW superhero shows this upcoming season will be dealing with the goodbye of Oliver Queen and the anticipation of Crisis On Infinite Earths. As this most epic crossover event draws closer we’re starting to get some news about what to expect, and one of those things is Brandon Routh’s return to the Superman role. Yes, you read that right. I for one couldn’t be happier for Routh, as I felt he kind of got a raw deal with that whole thing and really nailed the look of Supes. With the multiverse in full effect here the CW gives Routh a chance to wear the cape once again and remind us all that he was actually a really good Superman.

The Walking Dead- I’ve kind of lost interest in this show after years of battling its unevenness, but they did release a new trailer today for season ten and that’s something to be excited about. Some other takeaways, this will be the last season of Danai Gurira’s Michonne as she heads to that great big zombie apocalypse in the sky… or looks to further her career outside of this series. And the Rick Grimes movie will be released in theaters and not on AMC. Can’t help but feel like this is a mistake and that AMC is wildly miscalculating the popularity of this show. Especially when considering box office numbers are a mess.

Halloween- Get ready, there’s going to be more Halloween movies! While they won’t be directed by John Carpenter he’ll be staying on to executive produce them as the story of Michael Myers continues. This will be the direct sequel to the latest film which I thought was a bag of meh. Like really bad. Of course, I’ll watch these because they’re Halloween films but I’m also secretly hoping for them to improve the product as well. Michael Myers deserves better.

Rick and Morty- To make up for the lack of Community movie announcement, the Rick and Morty panel was today and with it came a clip of the upcoming season four. There’s really not a lot to go on here but it’s just great to see these characters again. Tonight there will also be an Adult Swim lawn party where I suspect they’ll show the crowd the first episode of the season while I sit here full of jealousy.

And this one just dropped while I was writing this column…

The Witcher- Netflix had been teasing The Witcher for a couple of weeks now with the release of some production photos and a poster, and now they have delivered a full-on trailer for some SDCC goodness. This thing looks incredible and I think Netflix might have another gem on their hands. I’ve got the first book sitting patiently on Gandalf the Kindle and I really want to play one of these games sooner rather than later, and this trailer made me want to do all of that at once. High hopes for this one.

There you have it Geeklings, a round-up of all the awesome over these first two days of SDCC. The event is still going now, so again, please pay attention to the I Am Geek socials for the most up to date content. I’ll be back either tomorrow or early Sunday to round out Day Three which will see Marvel take the famed Hall H for the first time in years. Fingers crossed that we get some Phase 4 news. Hunker down and brace yourselves, we’re just getting started.